BIA Tribal Map
US Bureau of Indian Affairs
https://www.bia.gov/
sites/bia.gov/
libraries/maps/
tld_map.html
A map of registered Native American tribes divided into Bureau of Indian Affairs regions. Click on a thumbtack to see each tribe's loccation and for links to its web site. Due to the Trail of Tears, many Southern tribes such as the Cherokee and Choctaw are in Oklahoma.
Eileen H. Kramer 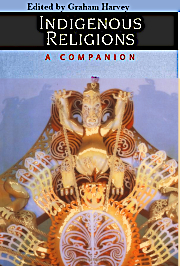 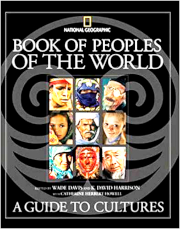 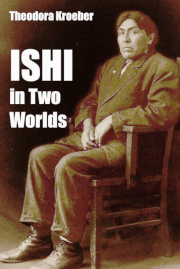 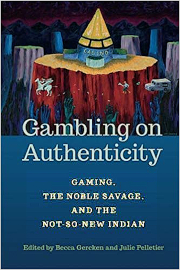 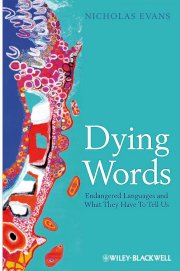 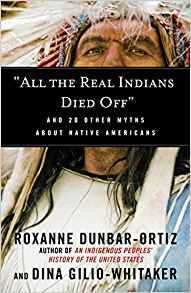 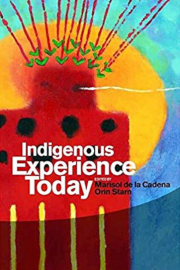 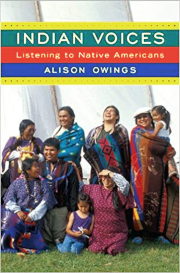 Brusch, Stephen B. and Doreen Stabinsky. Valuing Local Knowledge: Indigenous Pepole and Intellectual Property Rights.
Island Press, 1996.
Call # GF21 .V37 1996
hile tropical forests are being cleared at an alarming rate, the clearing is rarely complete and is often not permanent. A considerable amount of tropical forest exists as remnants that have significant value both for the conservation of biological diversity and for meeting the needs of local people. This volume brings together world-renowned scientists and conservationists to address the biological and socioeconomic value of forest remnants and to examine practical efforts to conserve those remnants.
http://gilfind.gsu.edu

de la Cadena, Marisol, Orin Starn, and Wener-Gren Foundation for Anthropological Research. Indigenous Experience Today.
New York, Berg, 2007.
Call # GN380 .I523 2007
A century ago, the idea of indigenous people as an active force in the contemporary world was unthinkable. It was assumed that native societies everywhere would be swept away by the forward march of the West and its own peculiar brand of progress and civilization. Nothing could be further from the truth. Indigenous social movements wield new power, and groups as diverse as Australian Aborigines, Ecuadorian Quichuas, and New Zealand Maoris, have found their own distinctive and assertive ways of living in the present world.
http://gilfind.gsu.edu

Curtis, Edward S. Edward S. Curtis: One Hundred Masterworks,
Minneapolis MN, Foundation for the Exhibition of Photography, 2015.
Call # E77.5 .C75 2015
This collection presents a selection of vintage photographs by the renowned photographer Edward S. Curtis. Featuring both iconic and rarely seen images from the more than 40,000 photographs Curtis took in his quest to document the physical and spiritual lives of the Native peoples of North America, this volume explores Curtis' artistry, his mastery of the photographic process, and his commitment to preserving for posterity the traditional lifeways of Native Americans in the early twentieth century.
http://gilfind.gsu.edu

Davis, Wade, K. et. al. Book of Peoples of the World: A Guide to Cultures.
National Geographic, 2007.
Call # GN378 .P4616 2007
As cultures and languages disappear from the Earth at a shocking rate, it becomes all the more urgent for us to know and value the world s many ethnic identities. National Geographic's Book of Peoples of the World propels that important quest with concern, authority, and respect. Created by a team of experts, this hands-on resource offers thorough coverage of more than 200 ethnic groups - some as obscure as the Kallawaya of the Peruvian Andes, numbering fewer than 1,000; others as widespread as the Bengalis of India, 172 million strong.
http://gilfind.gsu.edu

Dunbar-Ortiz, Roxanne and Dina Gilo-Whitaker. "All the Real Indians Died Off:" And 20 Other Myths about Native Americans.
Beacon Press, 2016.
Call # E76.8 .D85 2016
In this enlightening book, scholars and activists Roxanne Dunbar-Ortiz and Dina Gilio-Whitaker tackle a wide range of myths about Native American culture and history that have misinformed generations. Tracing how these ideas evolved, and drawing from history, the authors disrupt long-held and enduring myths
http://gilfind.gsu.edu

Dunbar-Ortiz, Roxanne. An Indgenous Peoples' History of the United States.
eacon Press, 2014.
Call # E76.8 .D86 2014
oday in the United States, there are more than five hundred federally-recognized Indigenous nations comprising nearly three million people, descendants of the fifteen million Native people who once inhabited this land. The centuries-long genocidal program of the US settler-colonial regimen has largely been omitted from history. Now historian and activist Roxanne Dunbar-Ortiz offers a history of the United States told from the perspective of Indigenous peoples and reveals how Native Americans, for centuries, actively resisted expansion of the US empire.
http://gilfind.gsu.edu

Evans, Nicholas. Dying Words: Endangered Languages and What they Have to Tell Us.
Wiley-Blackwell, 2010.
Call # P40.5.E53 E93 2010
The next century will see more than half of the world’s 6,000 languages become extinct, and most of these will disappear without being adequately recorded. Written by one of the leading figures in language documentation, this fascinating book explores what humanity stands to lose as a result.
http://books.google.com

Gercken, Becca and Julie Pelletier Editors. Gambling on Authenticity: Gaming and the Novel Savage, and the Not-so-new Indian.
Michigan State University Press, 2018.
Call # EBook Central E98
In the decades since the passing of the Pamajewon ruling in Canada and the Indian Gaming Regulatory Act in the United States, gaming has come to play a crucial role in how Indigenous peoples are represented and read by both Indians and non-Indians alike. This collection presents a transnational examination of North American gaming and considers the role Indigenous artists and scholars play in producing depictions of Indigenous gambling. In an effort to offer a more complete and nuanced picture of Indigenous gaming in terms of sign and strategy than currently exists in academia or the general public, Gambling on Authenticity crosses both disciplinary and geographic boundaries.
ProQuest EBook Central

Gibbon, Piers and Jane Houston. Tribe: Endangered Peoples Around the World.
Firefly Books, 2010.
Call # GN380 .G53 2010
Presents the cultures, beliefs, and societal patterns of over two hundred indigenous peoples and describes their degrees of integration with other societies and the integrity of their indigenous identities.
http://gilfind.gsu.edu

Graham, Harvey. Indigenous Religions: A Companion.
Cassell, 2000.
Call # BL380 .I56 2000
Indigenous religions are the majority of the world's religions. This Companion shows how much they can contribute to a richer understanding of human identity, action, and relationships. An international team of contributors discuss representative indigenous religions from all continents.
http://gilfind.gsu.edu

Greaves, Thomas C. Endangered Peoples of North America: Struggles to Survive and Thrive.
Greenwood Press, 2001.
Call # E98.E85 E53 2002
Surveys the threats to and responses of tribal and ethnic groups in the United States and Canada.
http://gilfind.gsu.edu

Hendry, Joy. Reclaiming Culture: Indigenous People and Self-Representation.
Palgrave MacMillan, 2005.
Call # GN495.6 .H46 2005
This book focuses on the renewal (or rekindling) of cultural identity, especially in populations previously considered 'extinct'. At the same time, Hendry sets out to explain the importance of ensuring the survival of these cultures. By drawing a fine and textured picture of these cultures, Hendry illuminates extraordinary diversity that was, at one point, seriously endangered, and explains why it should matter in today's world.
http://books.google.com 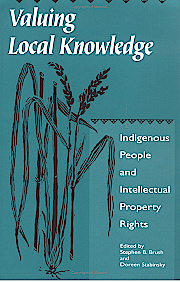 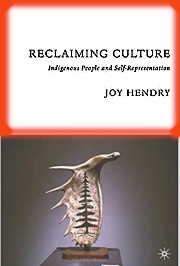 Kroeber, Theodora. Ishi in Two Worlds: A Biography of the Last Wild Indian in North America.
University of California Press, 1961.
Call # E90.I8 K7
shi stumbled into the twentieth century on the morning of August 29, 1911, when, desperate with hunger and with terror of the white murderers of his family, he was found in the corral of a slaughter house near Oroville, California. Finally identified as an Indian by an anthropologist, Ishi was brought to San Francisco by Professor T.T. Waterman and lived there the rest of his life under the care and protection of Alfred Kroeber and the staff of the University of California's Museum of Anthropology.
http://gilfind.gsu.edu

Malonado Alvarado, Benjamin and Lois Meyer. New World of Indigenous Resistance: Noam Chomsky and Voices from North South, nad Central America.
City Lights Books, 2010.
Call # P85.C47 N48 2010
Indigenous societies today face difficult choices: can they develop, modernize, and advance without endangering their sacred traditions and communal identity? Specifically, can their communities benefit from national education while resisting the tendency of state-imposed programs to undermine their cultural sovereignty, language, and traditions? According to Lois Meyer and Benjami;n Maldonado, these are among the core questions being raised by indigenous societies whose comunalidad-or communal way of life-is at odds with the dictates of big business and the social programs of the state.
http://gilfind.gsu.edu

Oberg, Leroy. Native America: A History.
Wiley-Blackwell, 2018.
Call # EBook Central E77.O247 2018
Placing the experiences of native communities at the heart of the text, historian Michael Leroy Oberg focuses on twelve native communities whose histories encapsulate the principal themes and developments in Native American history and follows them from earliest times to the present.
ProQuest EBook Central

Owings, Allison. Indian Voices: Listening to Native Americans.
Rutgers University Press, 2011.
Call # E98.E85 O85 2011
This work is a contemporary oral history documenting what Native Americans from 16 different tribal nations say about themselves and the world around them. Have you ever sat down for an intimate conversation with a Lakota, Pawnee, Navajo, Yakama, Hopi, or Tonawanda Seneca, among members of other tribal nations, and listened to them talk about their lives and what it is like to be a Native American in the United States today?
http://gilfind.gsu.edu

Sissons, Jeffrey. First Peoples: Indigenous Cultures and Their Futures.
Reaktion Books, 2005
Call # GN380 .S57 2005
Argues, controversially, that far from disappearing in the face of global capitalism, indigenous cultures today are as diverse as they ever were. Rather than being absorbed into a uniform modernity, indigenous peoples are anticipating alternative futures and appropriating global resources for their own, culturally specific needs.
http://gilfind.gsu.edu