On Display at Clarkston: Display -- February 2011

Glawe, Amelia
The Book of Marie: Terry Kaye
http://research.library.gsu.edu/terrykay
A Research Guide which describes the Book of Marie, Terry Kaye's career and history, Georgia at the time and the civil rights movement, and the history of Perimeter College Reads.
Source: Eileen H. Kramer

The Southern Academy for Literary Arts & Scholarly Research and the Georgia Perimeter Office of Marketing and Public Relations.
Perimeter College Reads
Defunct link for GP C Reads
The primary goal of Perimeter College Reads is to connect our campus readers —faculty, staff and students—with authors so that the discussions begun in the campus-based groups can continue right on through the authors’ visits.
Source: Defunct link for GP C Reads 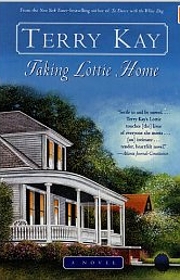 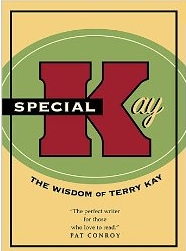 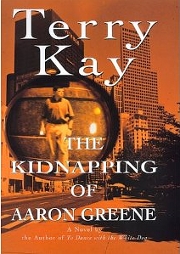 The Terry Kaye Corporation
Terry Kay.
http://www.terrykay.com/
Terry Kay, a 2006 inductee into the Georgia Writers Hall of Fame... is the author of ten published novels, including The Book of Marie, To Dance with the White Dog, The Valley of Light, Taking Lottie Home, The Kidnapping of Aaron Greene, Shadow Song, The Runaway, Dark Thirty, After Eli, and The Year the Lights Came On, as well as a book of essays, Special K, and a children’s book, To Whom the Angel Spoke.
Source: http://www.terrykay.com/ 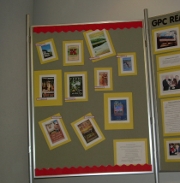 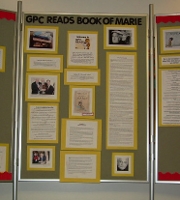 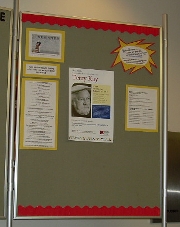 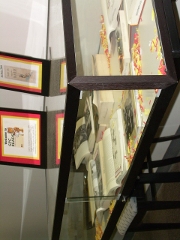 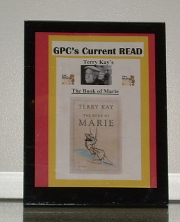 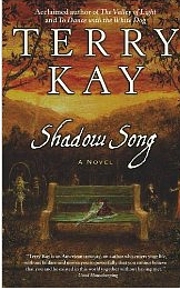 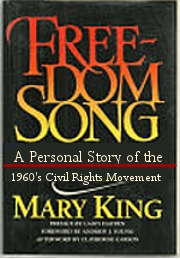 Kay, Terry
After Eli. Atlanta, GA: Peachtree Pub., 1992.
Call Number: PS3561.A885 A68 1992
After Eli is the story of three women who encounter the most formidable of dangers ---an enchanting man.... Each woman takes pleasure in Michael, whose charm and wit draw them inexorably into his play of madness---a drama of psychological horror that threatens the weak and unsuspecting.
Source: http://www.terrykay.com/After_Eli.html

Kay, Terry
The Book of Marie: A Novel. Macon, GA: Mercer University Press, 2007.
Call Number: PS3561.A885 B66 2007
Terry Kay has crafted a beautiful, realistic look at the people of his native state of Georgia and their reactions to the arrival of integration and the many changes it brought to their lives.
Source: http://www.amazon.com 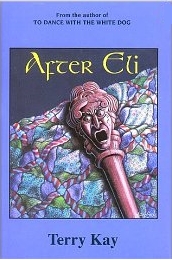 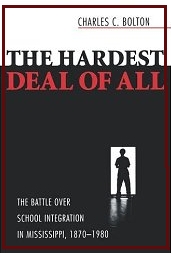 Kay, Terry
The Kidnapping of Aaron Greene: A Novel. New York: W. Morrow, 1999.
Call Number: PS3561 .A885 K53 1999
Why would anyone kidnap a nobody like Aaron Greene? And who's going to pay to get him back? Terry Kay tackles significant moral dilemmas in his gripping new novel, which combines graceful, sensitive writing with an intelligent excursion into the state of our social consciousness.
Source: http://www.worldcat.org

Kay, Terry.
Taking Lottie Home: A Novel. New York: Morrow, 2000.
Call Number: PS3561.A885 T35 2000 Dunwoody After Foster Lanier and Ben Phelps are cut from their baseball team, they encounter an amazing young woman named Lottie, and begin to realize that their destinies have been forever altered, in a novel set in turn-of-the-century Georgia.
Source: http://gilfind.gsu.edu

Kay Terry.
Special Kay: The Wisdom of Terry Kay. Athens, GA: Hill Street Press, 2000.
Call Number: PS3561.A885 (not available at GSU)
Terry Kay is one of the South's most loved, widely acclaimed, and successful writers. Most know Kay for his bestselling novels and their star-studded movie adaptations; often his readers are not aware of the astute and humorous social critic resting behind the novelist's veil.
Source: http://www.amazon.com

Kay, Terry.
To Dance with the White Dog. Atlanta, GA: Peachtree Publishers, 1990.
Call Number: PS3561.A885 T6 1990
A bittersweet premise (the prospect of growing old and dying), the book is filled with hope and love and the promise of more to come.
Source: http://www.amazon.com

Kay, Terry.
To whom the Angel Spoke: A Story of the Christmas Atlanta, GA: Peachtree Publishers, 1991.
Call Number: BT315.2 (Not available at GSU)
To Whom the Angels Spoke tells the story of Christ's birth through the perspective of three shepherds outside of Bethlehem.
Source: http://www.amazon.com

Kay, Terry.
The Year the Lights Came on. Boston: Houghton Mifflin, 1976
Call Number: PS3561.A885 Y4
This is a story of youth, its joys and adventures, its pains and battles, its loves and friendships. Kay has come up with a deliciously nostalgic look at the whole experience of growing up.
Source: http://www.amazon.com

Books About the Civil Rights Movement

Counts, Ira Wilmer.
Life is More Than a Moment: The Desegregation of Little Rock's Central High. Bloomington, IN: Indiana University Press, 1999.
Call Number: LC214.23.L56 C68 1999
Photographer and author Counts, who had just started working as a photographer for the Arkansas Democrat, one of the town's two dailies, presents here his recollections and photographs of the event that put Little Rock on the map in the worst light.
Source: http://www.amazon.com

Dartt, Rebecca H.
Women Activists in the Fight for Georgia School Desegregation, 1958 - 1961. Jefferson, NC: McFarland, 2008.
Call Number: LC214.22.G46 D37 2008
In 1958, groups of dedicated mothers began grassroots meetings that soon spread throughout Georgia, eventually culminating in the formation of Help Our Public Education (HOPE, Inc.). This is the history of the women's movement that was integral in desegregating Georgia schools.
Source: http://gilfind.gsu.edu

Douglas, Davison M.
Jim Crow Moves to the North: The Battle Over Northern School Desegregation, 1865-1954. New York: Cambridge University Press, 2005.
Call Number: LC2741 .D68 2005
A history of various efforts to desegregate northern schools during the nineteenth century and the first half of the twentieth century, exploring two dominant themes. The first considers the role of law in accomplishing racial change....The second theme is the ambivalence in the northern black community over the importance of school integration. These competing visions of black empowerment in the northern black community as reflected in the debate over school integration are addressed here.
Source: http://www.loc.gov

Higher Education and the Civil Rights Movement: White Supremacy, Black Southerners, and College Campuses. Peter Wallenstein Ed. Gainesville, FL: University Press of Florida, 2008.
Call Number: LC214.22.S68 H54 2008
Nowhere else can one read about how Brown v. Board of Education transformed higher education on campus after campus, in state after state, across the South. And no other book details the continuing struggle to change each school in the years that followed the enrollment of the first African American students.
Source: http://www.upf.com

King, Martin Luther Jr.
A Call to Conscience: The Landmark Speeches of Dr. Martin Luther King, Jr. New York: IPM, 2002.
Call Number: E185.97.K5 A5 2002
In his introduction, the one-time ambassador to the United Nations Andrew Young refers to MLK as "the voice of the century," and this collection deftly pays homage to that powerful voice. Carson (a Stanford University historian) and Shepard have compiled 12 of King's greatest speeches and prefaced them with touching and inspiring introductions written and read by prominent activists, leaders and theologians, including the Dalai Lama, Sen. Edward Kennedy and others.
Source: http://www.amazon.com

Law Touched our Hearts: A Generation Remembers Brown v. Board of Education. Mildred Wigfall Robinson and Richard J. Bonnie Eds. Nashville, TN: Vanderbilt University Press, 2009.
Call Number: LC212.52 .L39 2009
In February 1954, President Eisenhower invited Chief Justice Warren to dinner at the White House. Among the guests were well-known opponents of school desegregation. During that evening, Eisenhower commented to Warren that "law and force cannot change a man's heart." Three months later, however, the Supreme Court handed down its unanimous decision in Brown, and the contributors to this book, like people across the country, were profoundly changed by it, even though many saw almost nothing change in their communities.
Source: http://www.amazon.com

Wells, Amy Stuart and Robert L. Crain.
Stepping Over the color Line: African-American Students in White Suburban Schools. New Haven, CT: Yale University Press, 1997.
Call Number: LC214.23.S22 W45 1997
This study of a school choice plan in St. Louis, Missouri-which allowed black students to attend suburban schools-reveals the ugliness and beauty of American race relations. It describes the resistance of suburban white educators, the fears that kept many black parents from taking advantage of school choice, and the courage of black students who crossed the color line, helped by those white educators who saw choice as an opportunity to improve education and create real integration.
Source: http://www.amazon.com 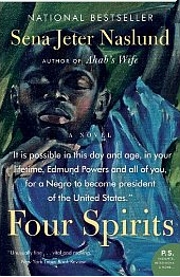