Frommers.com
Romania
http://www.frommers.com/
destinations/romania/
Commercial travel site to help you plan a vacation to Romania. The site features maps, itineraries, background, and information about food and lodging. Frommers is not a budget site, but it lists some value accomodations.
Source: Eileen H. Kramer 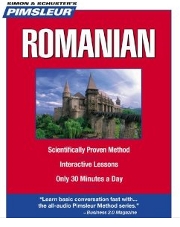 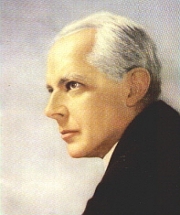 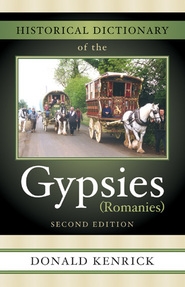 United States Central Intelligence Agency.
CIA World Factbook -- Romania
https://www.cia.gov
/library/publications
/the-world-factbook/geos
/ro.html
Facts, figures, and a brief history of Romania. The map is readable and comprehensible. Note: the site is written by the US government and may include possible bias.
Source: Eileen H. Kramer

United States Department of State.
Background Notes -- Romania
http://www.state.gov/
r/pa/ei/bgn/35722.htm
Offers, background, facts, a map, and recent history of Romania. This is a US government web site, so the information may come with some bias.
Source: Eileen H. Kramer 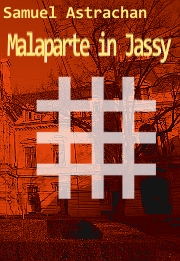 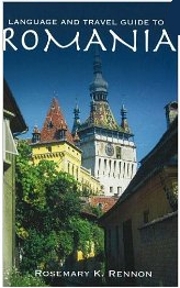 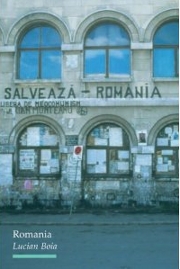 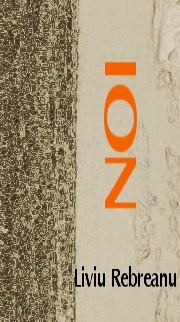 Art as Activist: Revolutionary Posters from Central and Eastern Europe. New York: Universe Books, 1992.
Call Number: DK50 .A78 1992
Published in connection with a traveling exhibition, this book includes over 100 political posters mostly from 1989 and 1990. As rigid totalitarian controls crumbled in Central and Eastern Europe, the poster became a powerful vehicle for expression of long-suppressed ideas and new aspirations.
Source: http://www.amazon.com

Astrachan, Samuel.
Malaparte in Jassy. Detroit, MI: Wayne State University Press, 1989.
Call Number: PS3551.S7 M35 1989
Curzio Malaparte, Italian journalist, political activist, enfant terrible, and man of the world finds himself stranded in Jassy, Romania during World War II. He has fled the Russians and the Germans. He is stricken with PTSD. Will he survive, mentally and physically intact? What happens to a man who witnesses first hand the horrors of World War II? Do scars and suffering always make us stronger?
Source: Eileen H. Kramer

Bartok, Bela.
Bear Dance for Piano Solo. New York: Kalmus, [n.d.]
Call Number: Musical Score M30.B37 B4
This is a score arranged for solo piano, for a work that Bartok based on a Romanian folk dance.
Source: Eileen H. Kramer

Bartok, Bela.
Divertimento Sz 113. Deutsche Graamophon, 1986.
Call Number: CD MR2 .B285 Di4S3
A pleasant work for strings, a work based on Romanian dances, and a divertimento by Leos Janacek are all part of this classical CD.
Source: Eileen H. Kramer

Boia, Lucian.
Romania: Borderland of Europe. London: Reaktion, 2001.
Call Number: DR217 .B645 2001
Romania occupies a unique position on the map of Eastern Europe. It is a country that presents many paradoxes. In this book the preeminent Romanian historian Lucian Boia examines his native land’s development from the Middle Ages to modern times, delineating its culture, history, language, politics and ethnic identity.
Source: http://www.romanianculturalcentre.org.uk 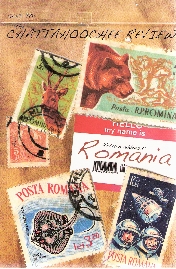 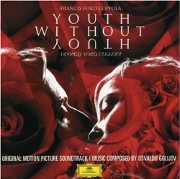 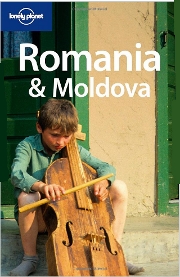 Farnoaga, Georgiana and Sharon King eds.
The Phantom church and Other Stories from Romania. Pittsburgh, PA: University of Pittsburgh Press, 1996.
Call Number: PC871.E8 P48 1996
A splendid collection of short fiction, now in a first-time English translation, from the perpetually beleaguered little country whose writers have long struggled against political repression and censorship, most notably during the Stalinist regime and recently under Ceausescu.
Source: http://www.amazon.com

Gerolymatos, Andre.
The Balkan Wars: Conquest, Revolution, and Retribution from the Ottoman Era to the Twentieth Century and Beyond. New York: Basic Books, 2002.
Call Number: DR36 .G39 2002
Bosnia, Kosovo, Macedonia. Today's headlines could have been written in the 1800s or in the 1400s. Conflict has raged unabated in the Balkans for hundreds of years and always, writes historian André Gerolymatos, over the same tired issues: nationalism and religion.
Source: http://www.amazon.com

Kaplan, Robert D.
Eastward to Tartary: Travels in the Balkans, the Middle East, and the Caucasus. New York: Random House, 2000.
Call Number: DR16 .K364 2000
Eastward to Tartary is a fascinating exploration of places Kaplan has not written about in depth before: "Third World Europe" (Romania and Bulgaria), Turkey, Syria, Jordan, and the confusing conglomeration of countries and peoples in the Caucasus.
Source: http://www.amazon.com

Kenney, Patdraic.
The Burdens of Freedom: Eastern Europe since 1989. New York: Zed Books, 2006.
Call Number: DJK51 .K464 2006
The Burdens of Freedom is a history of fifteen countries -- some newly-created -- as they make their way from communism to the present day. For some, the story ends happily, with triumphant entry into the European Union in 2004. Others are caught in limbo, destroyed by nationalist politics, war, and genocide, or crippled by corrupt political practices.
Source: http://www.palgrave-usa.com

Kerrick, Donald.
Historical Dictionary of the Gypsies (Romanies). Lanham, MD: Scarecrow Press, 2007.
Call Number: Ref DX115 .K46 2007
There are some seven million gypsies in Europe, an often mythologized people in the past. But now they represent a new political force, both in eastern Europe and as a new westward migration begins. The Historical Dictionary of the Gypsies (Romanies) provides a wealth of definite, factual information about this typically hidden people, and their unique culture.
Source: http://www.amazon.com

Mazower, Mark.
The Balkans: A Short History. New York: Modern Library, 2000.
Call Number: DR36 .M39 2000
Mazower, professor of history at Princeton and author of Dark Continent: Europe's Twentieth Century, has written a concise history of Europe's troubled southeastern corner that is both sympathetic to the region's never-ending struggle for identity and freedom from invaders and critical of its inhabitants' recurring failure to reconcile the religious and cultural differences imposed on them by the powers of the West and the East.
Source: http://www.amazon.com

McNally, Raymond T. and Radu Florescu.
In Search of Dracula: The History of Dracula and Vampires. Boston: Houghton Mifflin, 1994.
Call Number: DR240.5.V553 M36 1994
McNally and Florescu, the authors of several Dracula-related titles, here trace the history of Vlad Tepes, a.k.a. Vlad the Impaler, the murderous Romanian prince upon whom Bram Stoker based his infamous blood-drinking count.
Source: http://www.amazon.com

Rebreanu, Liviu.
Ion. New York: Twayne Publishers, 1967.
Call Number: PC839.R4 I623
The novel, Ion, introduces us in the life of the paesants and intellectuals of Transylvania before the war. The action takes place in Pripas village and in the little town Amaradia.
Source: http://www.goodreads.com

Rennon, Rosemary K.
Language and Travel Guide to Romania. New York: Hippocrene Books, 2007.
Call Number: DR204.5 .R39 2007
Rosemary Rennon discovered Romania in 1993 when she went hunting for the small village where her father was born. She was captivated by its scenery and by the simplicity of a country just awakening from its long communist nightmare.
Source: http://www.amazon.com

Steinberg Jacob. ed.
Introduction to Rumanian Literature. New York: Twayne Publishers, 1966.
Call Number: PC871.E8 S8
These selections, each with its own vision of life, reflect in artistic form, landscapes, cahracters, and customs bearing th specific traits of life led by the Romanian people, a people settled along the northern bank of the Danube and astride the mountain ranges of the Carpathians. The univeral significance of their contribution resides in the authenticity of the life they have endeavored to render.
Source: Botez, Demonstene. "Forward." Introduction to Rumanian Literature. Ed. Jacob Steinberg. New York: Twayne Publshers, 1966. ix-xiv. Print.

Youth Without Youth. Prod. Francis Ford Coppola. Sony, 2008.
Call Number: DVD PN1997.2 .Y78 2008
Romania is on the brink of war with Germany and linguistics professor Dominic Matei has little left to live for. On Easter Day 1938, he crosses the street and is struck by a bolt of lightning. Badly burned and nearly dead, he amazes the doctors by healing in only a short time. He defies science and ages in reverse from 70 to 40. There’s seemingly no limit to the wonder and love he can find in his new youth.
Source: http://gilfind.gsu.edu

The book jacket images for Malaparte in Jassy and for Ion are both entirely my artistic creation. For the background of Malaparte in Jassy's book cover I used this image by Andrei Stroe. The image on the "cover" of Ion is based on this photo by "TKSDesign." Both images are available under a Creative Commons License.