On Display at Clarkston: April 2014

Web Sites about the Townsend Prize

Atlanta Magazine.
Atlanta Magazine. http://www.atlantamagazine.com/
Since 1961, Atlanta magazine has served as the authority on Atlanta, providing its monthly readers with a mix of long-form nonfiction, lively lifestyle coverage, in-depth service journalism, and literary essays, columns, and profiles.
Source: http://www.atlantamagazine.com/
about/

The Georgia Center for the Book is the state affiliate of the Center for the Book at the Library of Congress in Washington, D.C. The Center, which celebrated its 10th anniversary in 2008, was chartered in early 1998 with the DeKalb County Public Library serving as its host and sponsor. The Center’s mission is the support of libraries, literary programs and literature, particularly Georgia’s rich literary heritage.
Source: http://www.georgiacenter-
forthebook.org/About-Us/

Townsend Prize for Fiction.
Georgia Perimeter College.
Maybe still at Perimeter College at Georgia State University, Georgia’s oldest and most prestigious literary award, created in memory of James “Jim” L. Townsend. Founding editor of Atlanta magazine, Townsend was an early mentor to some of the state’s most lauded men and women of letters including Pat Conroy, Terry Kay, William Diehl, and Anne Rivers Siddons, The Townsend, as it has affectionately become known, is presented biennially to a Georgia writer who has published an outstanding work of fiction during the preceding two years.
Source: Defunct Link to Townsend Prize

Jackson, Joshilyn
Joshilyn Jackson
Jackson, Joshilyn http://www.joshilynjackson.com
She is the author of five novels: gods in Alabama, Between, Georgia, The Girl Who Stopped Swimming, Backseat Saints, and A Grown-Up Kind of Pretty. Her books have been translated into a dozen languages, won SIBA’s novel of the year, twice been a #1 Book Sense Pick, twice won Georgia Author of the Year, and twice been shortlisted for the Townsend prize.
Source: http://www.joshilynjackson.com/
jj/biography/ 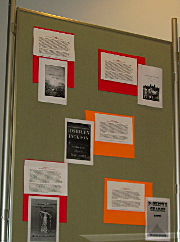 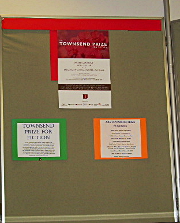 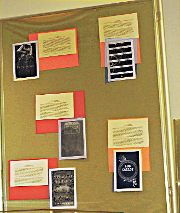 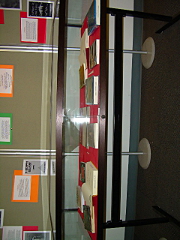 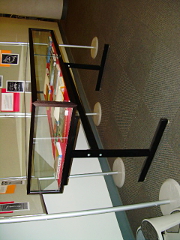 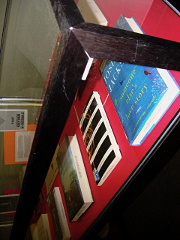 Dermont, Amber.
The Starboard Sea. New York: St. Martin's Press, 2012.
Call Number: Dunwoody PS3604.E75455 S73 2012
Devastated by the suicide of his prep-school roommate and disdaining the trappings of his affluent Manhattan life, Jason transfers to another school and bonds with a troubled classmate whose subsequent death compels Jason to uncover the truth, in a tale set against a backdrop of the 1987 stock market collapse.
Source: http://gilfind.gsu.edu

Jackson, Joshilyn.
Backseat Saints. New York: Grand Central Pub., 2010.
Call Number: PS3610.A3525 B33 2010
After a gypsy predicts that Rose's violent husband will kill her, Rose grabs a gun and her dog Gretel and sets out on a cross-country escape, following messages that her missing mother has left for her and unraveling family secrets.
Source: http://gilfind.gsu.edu

Jackson, Joshilyn.
Between Georgia. New York: Warner Books, 2006.
Call Number: PS3610.A3525 B48 2006
Unduly familiar with choosing between sides throughout her lifetime, Nonny Frett finds herself once again caught in the middle between an escalating family feud that began before her birth and the realization of her own dreams.
Source: http://gilfind.gsu.edu

Jackson, Joshilyn.
The Girl who Stopped Swimming. New York: Grand Central Pub., 2008.
Call Number: PS3610.A3525 G57 2008
Laurel Gray Hawthorne's life seems neatly on track--a passionate marriage, a treasured daughter, and a lovely home in suburban Victorianna--until everything she holds dear is suddenly thrown into question the night she is visited by the ghost of a her 13-year old neighbor Molly Dufresne.
Source: http://gilfind.gsu.edu 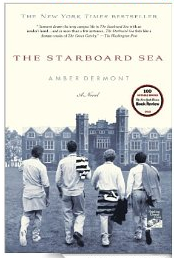 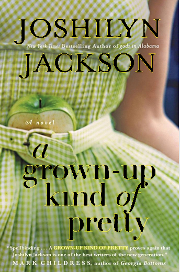 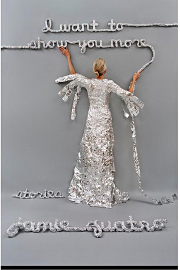 Jackson, Joshilyn.
Someone Else's Love Story. New York: HarperCollins, 2013.
Call Number: PS3610.A3525 S66 2013
At twenty-one, Shandi Pierce is juggling finishing college, raising her delightful three-year-old genius son Natty, and keeping the peace between her eternally warring, long-divorced Catholic mother and Jewish father. She's got enough complications without getting caught in the middle of a stick-up in a gas station mini-mart and falling in love with a great wall of a man named William Ashe, who willingly steps between the armed robber and her son. Shandi doesn't know that her blond god Thor has his own complications.
Source: http://gilfind.gsu.edu

McNair, Charles.
Pickett's Charge: A Novel. Livingston, AL: Livingston Press, 2013.
Call Number: PS3563.C38777 P53 2013
A comedy, a tragedy. Threadgill Pickett, veteran of the Civil War, breaks out from an Alabama old folks home and starts a quest northward to kill the last living Union Soldier. This is to avenge his brother, who was needlessly killed by Union soldiers, outside of any conflict. On his journey Threadgill encounters two brothers building a time machine, a trio of Klu Kluxers, a man collecting raccoons that turn out to be rabid, a wannabe country singer, and a truck-driving woman to make men stand in awe. He also encounters a Utopian society of blacks and whites who share family, food, love, and grief.
Source: http://www.livingstonpress.uwa.edu/

Sheri, Joseph.
Stray: A Novel. San Francisco: MacAdam/Cage Pub., 2006.
Call Number: PS3610.O67 S77 2006
Thirty-year-old Kent McKutcheon has come to Atlanta with little ambition beyond his earnest desire to grow up and be a good person. But after a year of contented, stable existence with his Mennonite wife, Maggie, a defense attorney with a passion for social justice, Kent cannot quiet his longing for Paul, the lover who abandoned him three years before. When an accidental meeting revives their affair, the infatuation they’ve kept private soon threatens to destroy the public persona each man has created.
Source: http://books.google.com

Sheri, Joseph.
Where You Can Find Me. New York: Thomas Dunne Books, 2013.
Call Number: In Process PS3610.O67 W47 2013b
When her son is recovered three years after his abduction, a mother flees the country with the boy and his sister to live with her former mother-in-law in a hotel where she uncovers the mystery of the boy's lost years.
Source: http://gilfind.gsu.edu

White, Susan Rebecca.
A Place at the Table. New York: Simon & Schuster, 2013.
Call Number: PS3623.H57896 P58 2013
The lives of an ostracized gay Southern boy, a wealthy Connecticut woman, and an African-American chef converge in a chic Manhattan cafe?, in a tale ranging from 1920s North Carolina to the AIDS epidemic of the 1980s and the present day.
Source: http://gilfind.gsu.edu 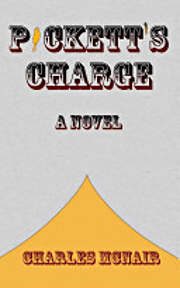 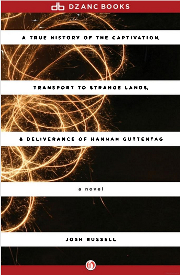 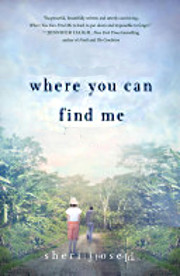 Booker, Cedella Marley and Anthony C. Winkler.
Bob Marley: My Son. Landham, MD: Taylor Trade Pub., 2003.
Call Number: ML420.M3313 B65 2003
The mother of the reggae pioneer tells the story of her son in a memoir of life with this icon of world music, detailing her son's involvement with Rastafarianism, the women in Marley's life, his rise to success, and his battle with cancer.
Source: http://gilfind.gsu.edu

Winkler, Anthony C.
The Duppy. New York: Akashic Books, 2008.
Call Number: PS3573.I53218 D86 2008
Baps, a Jamaican shopkeeper, drops dead unexpectedly one Saturday morning and finds himself being transported to heaven via a crowded minibus. Everything about Paradise that he had been raised to expect and believe, he finds to be utterly and completely wrong.
Source: http://www.akashicbooks.com