On Display at Clarkston: Display -- October 2011B

""Perimeter College Reads." "
Southern Academy for Literary Arts and Scholarly Research
Defunct link to GP C Reads
Perimeter College Reads is a book club open to students, faculty, staff, and community members with the goal of connecting our community of readers with authors so that the discussions begun in the campus-based groups can continue right on through the authors’ visits.
Source: Defunct link to GP C Reads

Davis, Stan.
Stop Bullying Now!
http://www.stopbullyingnow.com/
index.html
As a culture, we are focusing new attention on childhood bullying and harassment. As we watch children being crushed by bullying, we often feel powerless. No more! There are ways to stop bullying, based on decades of research.
Source: http://www.stopbullyingnow.com/
index.html 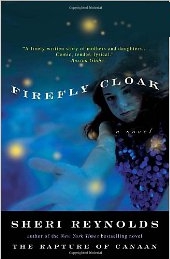 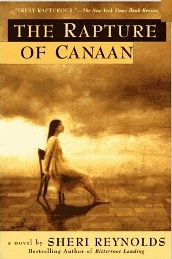 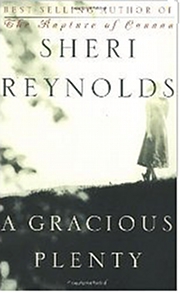 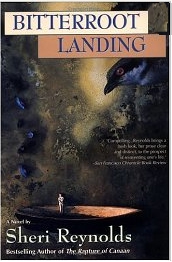 Teens
FamilyDoctor.org
http://familydoctor.org/
familydoctor/en/
teens.html
A preventive health site for both teens and their parents. The site features extensive articles on nutrition, mental health, and safety. It is part of a larger site with articles on a variety of diseases and conditions.
Source: Eileen H. Kramer 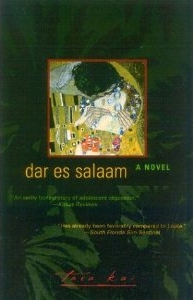 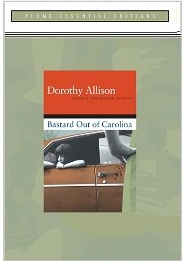 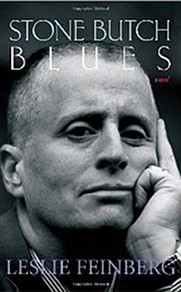 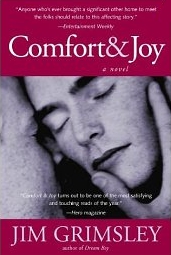 Goulart, Karen M.
"Trans 101."
Queertheory.com
http://www.queertheory.com/
articles/
articles_goulart_trans101.htm
Like gays, lesbians and bisexuals, members of the trans community must deal with a variety of real-world issues by virtue of living their lives openly and honestly. But unlike the sexual-minority community, the number and depth of the issues faced by the gender community can be daunting: health care, legal issues, civil-rights, employment, harassment, stigmatization are overwhelmingly part of coming out as transgender.
Source: http://www.queertheory.com/
articles/
articles_goulart_trans101.htm

"PFLAG-Talk"
PFLAG
http://www.critpath.org/
pflag-talk/
The purpose of these lists is to promote the health and well-being of gay, lesbian and bisexual and transgendered persons, their families and friends through: support, to cope with an adverse society; education, to enlighten an ill-informed public; and advocacy, to end discrimination and to secure equal civil rights.Our lists and webpages provide opportunity for dialogue about sexual orientation and gender identity.
Source: http://www.critpath.org/
pflag-talk/ 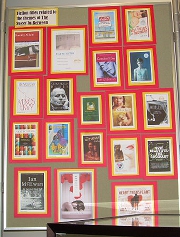 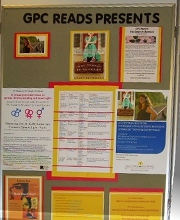 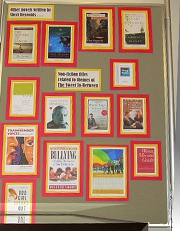 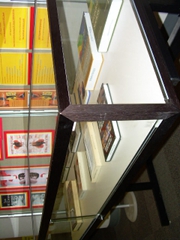 This month, October 2011, G PC (now Perimeter College at Georgia State University) students, faculty, and staff can all be on the same page by reading The Sweet In Between by Sheri Reynolds. This display celebrates Ms. Reynolds' work and stories with similar themes, as well as books and web sites that deal with homosexuality, gender issues, bullying, andadolescence, and other social problems.

Reynolds, Sheri.
Bitterroot Landing. New York: Putnam, 1994.
Georgia State PS3568.E8975 B58 1997
Synopsis: A girl kills her mother for forcing her into prostitution and makes it look an accident. She becomes a vagabond and the novel follows her life of abuse at the hands of men, until she is rescued by social workers.
Source: http://www.worldcat.org

Reynolds, Sheri.
Firefly Cloak: A Novel. New York: Three Rivers Press, 2006.
PS3568.E8975 F57 2006b
Synopsis: Abandoned by their desperate mother, eight-year-old Tessa Lee and her brother, Travis, are left only with her favorite housecoat and the phone number of their grandparents, items that years later prompt Tessa Lee to search for what she has lost.
Source: http://gilfind.gsu.edu

Reynolds, Sheri.
A Gracious Plenty: A Novel. New York: Harmony Books, 1997.
Georgia State PS3568.E8975 G72 1997
Synopsis: Disfigured by boiling water, Finch Nobles is so ugly people shun her. So Finch, who is employed as a caretaker in a cemetery, finds company in the dead who talk to her. Among her friends are the spirits of a beauty queen and of a homeless man.
Source: http://www.worldcat.org

Reynolds, Sheri.
The Rapture of Canaan. New York: Berkeley Books, 1997.
PS3568.E8975 R36 1997
Synopsis: Ninah Huff, the teenage granddaughter of the founder of an isolated religious community, causes controversy when she is discovered to be pregnant with what she claims is a holy child.
Source: http://gilfind.gsu.edu

Fiction Similar to The Sweet In Between

Allison, Dorothy.
Bastard out of Carolina. New York: Dutton, 1992.
Dunwoody PS3551.L453 B37 1992
Synopsis: Set in the rural South, this tale centers around the Boatwright family, a proud and closeknit clan known for their drinking, fighting, and womanizing. Nicknamed Bone by her Uncle Earle, Ruth Anne is the bastard child of Anney Boatwright, who has fought tirelessly to legitimize her child. When she marries Glen, a man from a good family, it appears that her prayers have been answered.
Source: http://www.amazon.com

Black, Daniel.
Perfect Peace. New York: St. Martin's Press, 2010.
PS3602.L267 P47 2010
Synopsis: Black (The Sacred Place) explores the fateful decision of Emma Jean Peace to raise her seventh son, Perfect, as the daughter she has always wanted. Her plan, nutty as it is, works out until Perfect is eight years old and his blind older brother, Bartimaeus, makes an innocent discovery about his sister's body.
Source: http://www.amazon.com

Brown, Rita Mae.
Venus Envy. New York: Bantam Books, 1993.
PS3552.R698 V45 1993
Synopsis: The risible title is arguably the best thing about Brown's latest comic novel, the tale of a woman who unwittingly comes out of the closet in midlife when she is diagnosed with terminal lung cancer. Under the impression that she is on her deathbed, wealthy North Carolina art dealer Mary Frazier Armstrong mails a series of brutally candid letters to her kith and kin, only to discover that she isn't dying after all.
Source: http://www.amazon.com

Eugenides, Jeffrey.
Middlesex. New York: Farrar, Straus, Giroux, 2002.
PS3555.U4 M53 2002
Synopsis: Calliope's friendship with a classmate and her sense of identity are compromised by the adolescent discovery that she is a hermaphrodite, a situation with roots in her grandparent's desperate struggle for survival in the 1920s.
Source: http://gilfind.gsu.edu

Gibbons, Kaye.
Ellen Foster: A Novel. Hill, NC: Algonquin Books, 1987.
PS3557.I13917 E4 1987
Synopsis: Having suffered abuse and misfortune for much of her life, a young child searches for a better life and finally gets a break in the home of a loving woman with several foster children.
Source: http://gilfind.gsu.edu

Grimsley, Jim.
Comfort and Joy: A Novel. Chapel Hill, NC: Algonquin Books, 1999.
PS3557.R4949 C6 1999
Synopsis: Question: What could be more terrifying than bringing your significant other home for Christmas? Answer: Bringing home your significant other of the same sex. From the start, it's clear that Jim Grimsley's vision of the holidays holds as much darkness as it does light.
Source: http://www.amazon.com

Hinton, S.E.
The Outsiders. New York: Viking, 2007.
PS3558.I548 O87 2007
Synopsis: The struggle of three brothers to stay together after their parent's death and their quest for identity among the conflicting values of their adolescent society.
Source: http://gilfind.gsu.edu

McEwan, Ian.
Atonement: A Novel. New York: N.A. Talese, 2002.
PR6063.C4 A88 2002
Synopsis: In 1935 England, thirteen-year-old Briony Tallis witnesses an event involving her sister Cecilia and her childhood friend Robbie Turner, and she becomes the victim of her own imagination, which leads her on a lifelong search for truth and absolution.
Source: http://gilfind.gsu.edu

Peters, Julie Anne.
By the Time you Read This, I'll be Dead. New York: Hyperion, 2010.
PZ7.P44158 By 2010
Synopsis: High school student Daelyn Rice, who's been bullied throughout her school career and has more than once attempted suicide, again makes plans to kill herself, in spite of the persistent attempts of an unusual boy to draw her out.
Source: http://gilfind.gsu.edu

Winter, Kathleen.
Annabel. New York: Black Cat, 2010.
PR9199.3.W513 A66 2010b
Synopsis: The author has said that Wayne [Annabel] is &qottransparent," and he does seem a strangely blank, alien figure: a man who fell to earth, neither male nor female nor both. It's loneliness, not gender, that lies at the heart of Winter's novel – a confident, serious debut that, like the Labrador sun, never quite warms you through.
Source: http://www.guardian.co.uk

Nonfiction that Addresses Themes found in The Sweet In Between

Blanco, Jodee
Please Stop Laughing at Me: One Woman's Inspirational Story. Avon, MA: Adamas Media Corp., 2003.
BF637.B85 B57 2003
Synopsis: The author shares the cruelty that was heaped on her by her classmates when she was labled a freak in high school, describing what it meant to be an outcast among one's peers, the realities and consequences of bullying, and her struggle to overcome the torment.
Source: http://gilfind.gsu.edu

Brill Stephanie and Rachel Pepper.
The Transgender Child. San Francisco, CA: Cleiss Press, 2008.
HQ77.9 .B75 2008
Synopsis: This comprehensive first of its kind guidebook explores the unique challenges that thousands of families face every day raising their children in every city and state. Through extensive research and interviews, as well as years of experience working in the field, the authors cover gender variance from birth through college.
Source: http://www.amazon.com 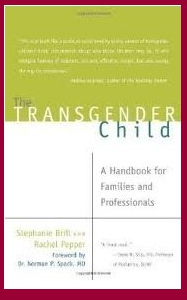 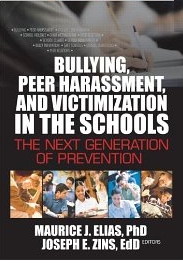 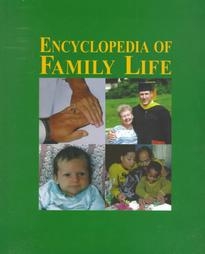 Friedman, Lauri S. Ed.
Bullying. Detroit, MI: Greenhaven Press, 2011.
BF637.B85 B842 2011
Synopsis: Presents six "ViewPoint" essays on bullying. These essays appear not to be available on the Opposing ViewPoints database. The essays cover both playground and cyberbullying. There is also an introduction that addresses bullying in the workplace and model essays with instructions on how to write a critical essay.
Source: Eileen H. Kramer

Voors, William.
The Parent's Book about Bullying: Changing the Course of your Child's Life. Center City, MN: Hazelden, 2000.
BF637.B85 V66 2000
Synopsis: This clear, well-written, practical guide describes bullying and its impact. Most importantly, it offers a sensible how-to approach for improving children's self image so that they are more well-behaved when they go to schools, playgrounds, and day care. In addition, parents learn how to examine themselves in order to better model healthy, assertive, nonaggressive behavior.
Source: http://www.amazon.com 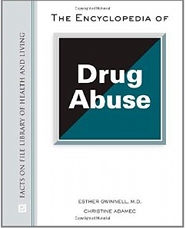 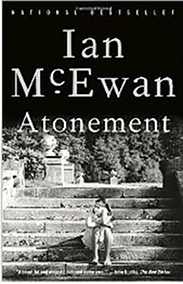 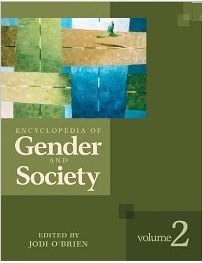