The Financial Awareness Fondation: Your Financial Partner
The Financial Awareness Foundation.
http://home.thefinancialawareness
foundation.org/
Our mission is to significantly help solve a major social problem dealing with the lack of financial awareness and financial literacy. We believe that teaching financial literacy and the essential principles of smart financial management are very important.
http://home.thefinancialawareness
foundation.org/mission.html

Gabler, Neal
"The Secret Shame of Middle Class Americans."
The Atlantic.
http://www.theatlantic.com
The author explains how optimism, "normal life choices," and simple bad luck leaves many Americans living from paycheck to paycheck and on the edge of financial ruin.
Eileen H. Kramer

Levitt, Steven B. and Stephen J. Dubner.
Freaknomics: The Hidden Side of Everything.
Freakonomics
http://freakonomics.com/
A series of podcasts about the place where social science and economics meet everyday life and human behavior. To see transcripts for radio shows, click on their titles.
< span style="font-size: 85%;"> Eileen H. Kramer 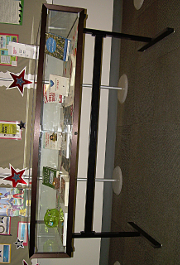 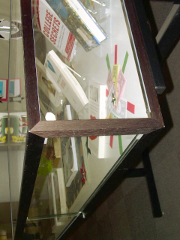 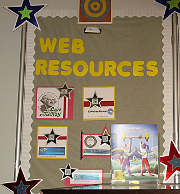 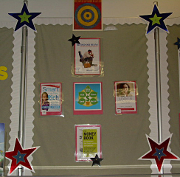 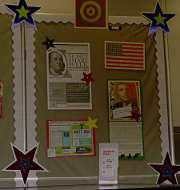 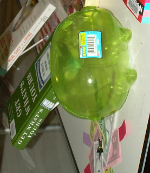 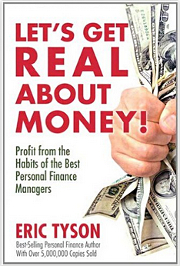 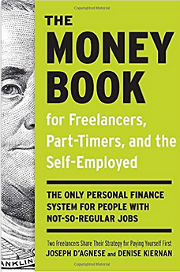 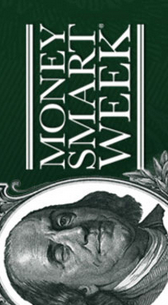 Books About Investment and Managing Debt

D'Agnese, Joseph and Denise Kierman. The Money Book for Freelancers, Part-Time, and the Self-Employed: The ONly Personal Finance System for People with Not-So-Regular Jobs.
New York: Three Rivers Press, 2010.
Call #: HG179 .D314 2010
Shares strategies for accumulating real-world wealth while staying independently employed, distilling lessons from a variety of sources effectively used by the authors during the recent financial crisis.
http://gilfind.gsu.edu

Howard, Clark, Mark Meltzer, and Theo Thimou. Clark Howard's Living Large for the Long Haul: Consumer-Tested Ways to Overhaul Your Finances, Increase Your Savings and Get Your Life Back on Track.
New York: Penguin, 2013.
Call #: HG179 .H6852 2013
The renowned broadcaster examines America's Great Recession through the eyes of those whose financial portfolios have beaten the odds, and those whose economic situation has gone off course. Through fascinating personal accounts, Howard uncovers amazing opportunities and smart decisions, finding advantages in bleak times for lasting payoffs in the long run.
http://gilfind.gsu.edu

Romans, Christine. Smart is the New Rich: If You Can't Afford it Put it Down.
Hoboken, NJ: Wiley 2010.
Call #: HG179 .R633 2010
practical way to think about money today Author and CNN veteran money correspondent Christine Romans believes we should live by three qualifiers: living within our means, living with less debt, and being less vulnerable.
http://gilfind.gsu.edu

Tyson, Eric. Let's Get Real About Money: Profit from the Habits of the Best Personal Finance Managers.
Indianapolis: Financial Times, 2008.
Call #: HG179 .T966 2008
The book’s gem is a personal financial action plan that allows easy assessment of current assets and retirement goals…This book demystifies the many obstacles--from the logistical to the conceptual--to smart financial planning.
htp://books.google.com

Ulrich, Carmen Wong. The Real Cost of Living: Making the Best Choices for you, your Life, and your Money.
New York: Perigee, 2011.
Call #: HG179 .U423 2011
Discusses the real financial, emotional, and practical costs of a number of financial decisions including pre-paying a mortgage and paying off student loans.
htp://gilfind.gsu.edu 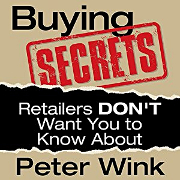 Books About Creative Ways to Save Money and Increase Earnings

Berger, Shoshona and Grace Hawthorne. Ready Made: How to Make (Almost) Everything: A Do-It-Yourself Primer.
New York: Clarkson Potter, 2005.
Call #: TT857 .B47 2005
A cult publication that describes itself as a magazine for people who like to make stuff, who see the flicker of invention in everyday objects. This quirky, witty how-to volume, the magazines incarnation in book form, is full of inventive and clever design projects from water-bottle lounge chairs and ladder shelving to shopping bag rugs and denim dog beds guaranteed to thrill and inspire modern do-it-yourselfers of any age.
http://books.google.com

Harris, Marjorie. Thrifty: Living the Frugal Life with Style.
Toronto: Anasi, 2010.
Call #: TX335 .H348 2010
Bestselling author and national columnist Marjorie Harris offers a timely and entertaining guide to living the thrifty life. Here are solid tips on how to haggle, how to find fashion deals, maintaining home and hearth on a budget, and money-saving ideas on gardening, travel, and entertainment.
http://books.google.com

Lluch, Elizabeth and Alex Lluch. Plan the Perfect Wedding on a Small Budget.
San Diego: WS Pub. Group, 2011.
Call #: HQ745 .L558 2011
This book is filled with money-saving secrets, negotiating techniques, and tips and advice to save you money, time and stress.
http://gilfind.gsu.edu 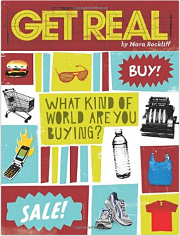 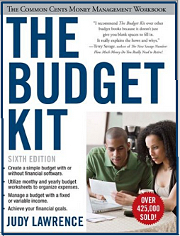 Rockcliff, Mara. Get Real.
Philadelphia: Running Press, 2010.
Call #: HB835 .R63 2010
A consumer guide for tweens provides insight into a range of topics from truth about fast-food nutrition to the environmental costs of cheap products, and shares related counsel on how to make informed shopping decisions.
http://gilfind.gsu.edu

Sandberg, Sheryl and Nell Scovell. Lean In: Women, Work, and the Will to Lead.
New York: Alfred A. Knopf, 2013.
Call #: HD6054.3 .S265 2013
In this book the author examines why women's progress in achieving leadership roles has stalled, explains the root causes, and offers solutions that can empower women to achieve their full potential.
http://gilfind.gsu.edu

Wink, Peter.
Buying Secrets Retailers Don't Want You to Know.
Prince Frederick, MD: Recorded Books, 2011.
Call #: OneClick Digital TX335 .W56 2011b
Peter Wink knows all the ins and outs of getting the most for his money. Here he shares this wisdom with listeners to provide a foolproof guide for saving money in any kind of transaction.
http://gilfind.gsu.edu

Yeager, Jeff. The Cheapskate Next Door: The Surprising Secrets of Americans Living Happily Below Their Means.
New York: Broadway Books, 2010.
Call #: HG179 .Y426 2010
The Cheapskate Next Door, Jeff Yeager tapped his bargain-basement-brain-trust, hitting the road to interview and survey hundreds of his fellow cheapskates to divulge their secrets for living the good life on less.
http://books.google.com

Books About Dealing with Beaurocracy

Atwood, Margaret. Payback: Debt and the Shadow Side of Wealth.
Toronto : Anansi, 2008.
Call #: HG3701 .A89 2008
ollected here, the Massey Lectures from legendary novelist Margaret Atwood investigate the highly topical subject of debt, exploring debt as an ancient and central motif in religion, literature, and the structure of human societies.
http://gilfind.gsu.edu

Campos, Barbara L. and Janet P. Wilkins. The Financial Crisis: Issues in Business, Finance, and Global Economics.
Happauge, NY: Nova Science Publishers, 2011.
Call #: Ebrary HB3722 .F5543 2011
This book examines the financial crisis and the effect it has had in the global business, finance and economic sectors. Topics discussed include the causes of the financial crisis; the elements needed for the management of a business corporation crisis; global operations management; an analysis of the public debt; the history and recent increases in the debt limit and the various issues and policies surrounding the economic stimulus.
http://www.novapublishers.com

Garon, Sheldon M. Beyond Our Means: Why America Spends While the World Saves.
Princeton, NJ: Princeton University Press, 2012.
Call #: Academic eBooks on EBSCOHost HC79.S3 G37 2012
Beyond Our Means tells for the first time how other nations aggressively encouraged their citizens to save by means of special savings institutions and savings campaigns. The U.S. government, meanwhile, promoted mass consumption and reliance on credit, culminating in the global financial meltdown.
http://gilfind.gsu.edu

Harford, Tim. The Undercover Economist: Explsing why the Rich are Rich, the Poor are Poor -- And why you can Never Buy a Decent Used Car!
New York: Oxford University Press, 2006.
Call #: HC59.15 .H35 2006
An entertaining and pain-free introduction to the key concepts of economics, by a Financial Times writer, this book is part field guide to economics and part expose? of the economic principles lurking behind daily events. Reporting back from Africa, Asia, Europe, and your local Starbucks, author Harford shows us the world through the eyes of an economist, and reveals that everyday events are in fact intricate games of negotiations, contests of strength, and battles of wits. He explains: why picking stocks is like picking a line in the supermarket; the connection between a drunken frat party and getting stuck in traffic; how coffee companies use fair trade products to skim money from customers
http://gilfind.gsu.edu 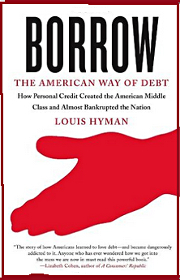 Krugman, Paul R. End This Depression Now!
New York: W.W. Norton, 2012.
Call #: HB3743 .K78 2012
rugman pursues the questions of how bad the "Great Recession" really is, how we got stuck in what can now be called a depression and, above all, how we can free ourselves.
http://gilfind.gsu.edu

Krugman, Paul R. The Return of Depression Economics and the Crisis of 2008.
New York: W.W. Norton, 2009.
Call #: HB3716 .K77 2009
In this new, greatly updated edition of The Return of Depression Economics, Krugman shows how the failure of regulation to keep pace with an increasingly out-of-control financial system set the United States, and the world as a whole, up for the greatest financial crisis since the 1930s. He also lays out the steps that must be taken to contain the crisis, and turn around a world economy sliding into a deep recession.
http://books.google.com

Levitt, Steven D. and Stephen J. Dubner. Freakonomics: A Rouge Economist Explores the Hidden Side of Everything.
Prince Frederick, MD: Harper Audio, 2005.
Call #: OneClick Digital HB74.P8 L479 2012
evitt and Dubner show that economics is, at root, the study of incentives--how people get what they want or need especially when other people want or need the same thing. Here, they set out to explore the hidden side of, well, everything. The inner workings of a crack gang. The truth about real-estate agents. The secrets of the Ku Klux Klan.
http://gilfind.gsu.edu

Roncaglia, Allesandro. Why the Economists Got it Wrong: The Crisis and its Cultural Roots.
New York: Anthem Press, 2010.
Call #: Academic eBooks on EBSCOHost HB3722 .R663 2010
Why the Economists Got It Wrong illustrates the origins and development of the financial crisis, tracing its cultural origins in mainstream views which favoured financial liberalization policies.
http://books.google.com 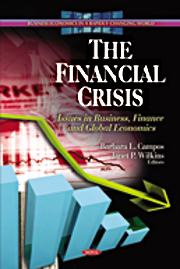 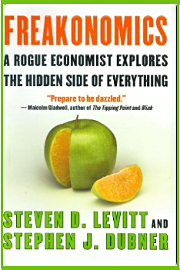