On Display at Clarkston: November 2013

"Natasha Trethewey"
Blackbird
Virginia Commonwealth University http://www.blackbird.vcu.edu
Features a brief biography and list of the poet's works with an audio recording of her reading her work.
Source: Eileen H. Kramer

"Natasha Trethewey." Blue Flower Arts
http://www.blueflowerarts.com/booking/natasha-trethewey
Natasha Trethewey is the nineteenth United States Poet Laureate (2012-2013). In his citation, Librarian of Congress James Billington wrote, "Her poems dig beneath the surface of history—personal or communal, from childhood or from a century ago—to explore the human struggles that we all face."
Source: http://www.blueflowerarts.com/booking/natasha-trethewey

"Natasha Trethewey." Poetry Foundation
http://www.poetryfoundation.org/
bio/natasha-trethewey
A biography of the poet featuring her childhood, educational background, a description of her works, and a list of honors that she has received.
Source: Eileen H. Kramer

Nastasha Trethewey -- Web Resources
United States Library of Congress http://www.loc.gov/rr/
program/bib/trethewey/
Natasha Trethewey is an outstanding poet/historian in the mold of Robert Penn Warren, our first Poet Laureate Consultant in Poetry. Her poems dig beneath the surface of history—personal or communal, from childhood or from a century ago—to explore the human struggles that we all face.
Source: http://www.loc.gov/rr/program/bib/trethewey/

United States Poets Laureate -- A Guide to Resources
United States Library of Congress
http://www.loc.gov/rr/
program/bib/poetslaureate/
The Library's Digital Reference Section is in the process of creating Web guides to online resources for each U.S. Poet Laureate (1986-present) and Consultant in Poetry (1937-1985) to the Library of Congress. Each guide will link to Library of Congress Web pages that include information on the poet laureate's life and work, as well as to external Web sites that feature biographical information, interviews, poems, audio, video, and other materials that highlight the activities of each poet.
Source: http://www.loc.gov/rr/
program/bib/poetslaureate/ 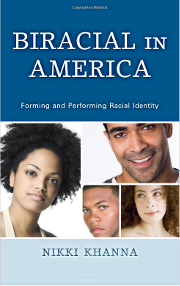 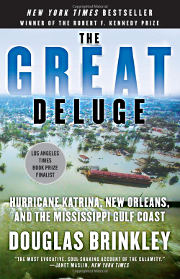 Hurricanes -- Ready.gov
Federal Emergency Management Agency. http://www.ready.gov/hurricanes
Instructs those living in the paths of hurricanes and tropical storms how to prepare for this type of emergency with the least danger to life and property.
Source: Eileen H. Kramer

McPhee, John.
Control of Nature: Fighting the Mississippi River: Atchafalaya
The New Yorker http://www.newyorker.com
By the nineteen-fifties, the Mississippi River had advanced so far past New Orleans and out into the Gulf that it was about to shift again, and its offspring Atchafalaya was ready to receive it. ..For the Mississippi to make such a change was completely natural, but in the interval since the last shift Europeans had settled beside the river, a nation had developed, and the nation could not afford nature.
Source: http://www.newyorker.com 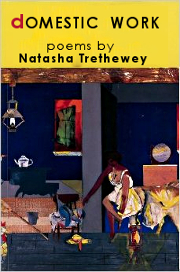 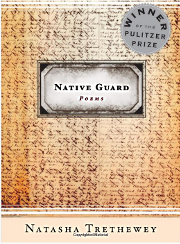 Trethewey, Natasha D.
Native Guard. Boston: Houghton Mifflin, 2006.
Call Number: PS3570.R433 N38 2006
Years after her mother’s tragic death, Trethewey reclaims her memory, just as she reclaims the voices of the black soldiers whose service has been all but forgotten.
Source: http://books.google.com 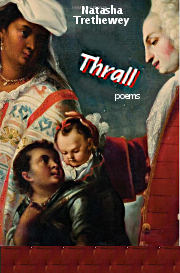 Books on the Social Aspects of Hurricane Katrina

Brinkley, Douglas.
The Great Deluge: Hurricane Katrina, New Orleans, and the Mississippi Gulf Coast. NewYork: Morrow, 2006.
Call Number: NewYork: Morrow, 2006.
In the span of five violent hours on August 29, 2005, Hurricane Katrina destroyed major Gulf Coast cities and flattened 150 miles of coastline. But it was only the first stage of a shocking triple tragedy. On the heels of one of the three strongest hurricanes ever to make landfall in the United States came the storm-surge flooding, which submerged a half-million homes—followed by the human tragedy of government mismanagement, which proved as cruel as the natural disaster itself.
Source: http://books.google.com

Smith, Patricia.
Blood Dazzler: Poems. Minneapolis, NN: Coffee House Press, 2008.
Call Number: PS3569.M537839 B56 2008
In minute-by-minute detail, Patricia Smith tracks Hurricane Katrina’s transformation into a full-blown mistress of destruction. From August 23, 2005, the day Tropical Depression 12 developed, through August 28 when it became a Category 5 storm with its “scarlet glare fixed on the trembling crescent,” to the heartbreaking aftermath, these poems evoke the horror that unfolded in New Orleans as America watched on television.
Source: http://coffeehousepress.org

Troutt, David Dante. Ed.
After the Storm: Black Intellectuals Explore the Meaning of Hurricane Katrina. New York: Norton, 2006.
Call Number: E185.615 .A594 2006
After the Storm offers “angry, learned, focused, readable, [and] essential” writing, according to Library Journal, in which contributors face what Ebony magazine calls “questions about poverty, housing, governmental decision-making, crime, community development and political participation, which were raised in the aftermath of the storm.”
Source: http://thenewpress.com 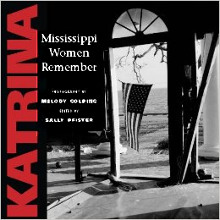 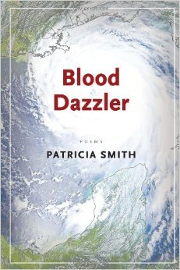 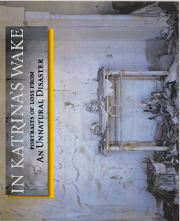 Books about Race in America

Alexander, Michelle.
The New Jim Crow: Mass Incarceration in the Age of Colorblindness. New York: New Press, 2010.
Call Number: HV9950 .A437 2010
By targeting black men through the War on Drugs and decimating communities of color, the U.S. criminal justice system functions as a contemporary system of racial control—relegating millions to a permanent second-class status—even as it formally adheres to the principle of colorblindness.
Source: http://thenewpress.com

Karr, Mary.
The Liars' Club: A Memoir. New York: Penguin Books, 2005.
Call Number: PS3561.A6929 Z468 2005
A handful of the Leechfield oil workers gather regularly at the American Legion Bar to drink salted beer and spin long, improbable tales. They're the Liars' Club. And to the girl whose father is the club's undisputed champion mythmaker, they exude a fatal glamour - one that lifts her from ordinary life. But there are other lies. Darker, more hidden.
Source: http://books.google.com