On Display at Clarkston: February 2018

African American Odyssey,
United States Library of Congress.
https://memory.loc.gov/
ammem/aaohtml/
aohome.html
Descriptions of and links to a variety of collections that cover African American history in detail. These include a Jackie Robinson Collection, slave laws, and a collection about life in the Jim Crow South.
Eileen H. Kramer

Eyes on the Prize: America’s Civil Rights Years 1954-1965,
University Libraries, Washington University in St. Louis, St. Louis,
https://library.wustl.edu/
spec/filmandmedia/
collections/hampton/eop/
Features videos of interviews from the Eyes on the Prize series which played on PBS in the 1980's. There is also an extensive list of civil rights resources.
Eileen H. Kramer

""Eyes on the Prize Then and Now." World Channel,
PBS
http://www.pbs.org/
video/world-channel-
eyes-prize-
then-and-now-episode/
A video that looks at the influence of the Civil Rights Movement and Eyes on the Prize on the current Black Lives Matter movement in the twenty-first century.
Eileen H. Kramer

Overfield, Aaron.
Nina Simone,
Nina Simone
http://www.ninasimone.com/
She was one of the most extraordinary artists of the twentieth century, an icon of American music. She was the consummate musical storyteller, a griot as she would come to learn, who used her remarkable talent to create a legacy of liberation, empowerment, passion, and love through a magnificent body of works. She earned the moniker "High Priestess of Soul" for she could weave a spell so seductive and hypnotic that the listener lost track of time and space as they became absorbed in the moment. She was who the world would come to know as Nina Simone.
http://www.ninasimone.com/bio/ 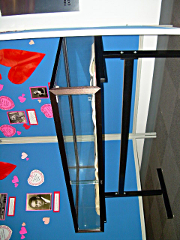 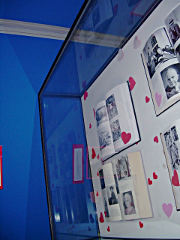 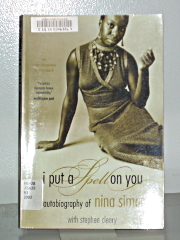 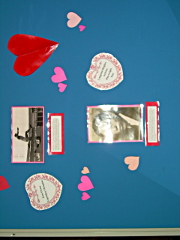 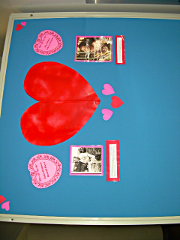 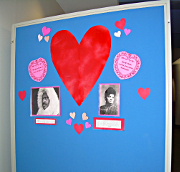 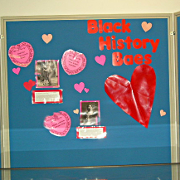 42: The Jackie Robinson Story,
Brian Hlegeland, Thomas Tull, and Harrison Ford, Warner Bros., 2013.
Call # DVD PN1997.2 .A145 2013
History was made in 1947, when Jackie Robinson broke the professional baseball race barrier to become the first African American MLB player of the modern era. 42 tells the life story of Robinson and his history-making signing with the Brooklyn Dodgers under the guidance of team executive Branch Rickey.
http://gilfind.gsu.edu

American Experience: Freedom Riders,
creenplay produced and directed by Stanley Nelson, produced by Laurens Grant, PBS Distribution, 2011.
Call # DVD E185.61 .F85 2011
his inspirational documentary is about a band of courageous civil-rights activists calling themselves the Freedom Riders. Gaining impressive access to influential figures on both sides of the issue, it chronicles a chapter of American history that stands as an astonishing testament to the accomplishment of youth and what can result from the incredible combination of personal conviction and the courage to organize against all odds.
http://gilfind.gsu.edu

Do the Right Thing,
Spike Lee, performances by Ossie Davis and Ruby Dee, Universal City Studios, 2001.
Call # DVD PN1997 .D65 2001
he hottest day of the year explodes onscreen in this vibrant look at a day in the life of Bedford-Stuyvesant, Brooklyn. A portrait of urban racial tensions sparked controversy while earning popular and critical praise,
http://gilfind.gsu.edu

For the Love of Ivy
Performances by Sidney Poitier, Beau Bridges, Caroll O'Connor, and Quincy Jones, MGM Home Entertainment, 2004.
Call # DVD PN1997 .F64 2004
A wealthy family, afraid of losing their housekeeper to a secretarial career, fix her up with a man-about-town, who is secretly involved in illegal gambling.
http://gilfind.gsu.edu

Guess Who's Coming to Dinner,
Stanley Kramer, preformances by Sidney Poitier and Kantherine Hepburn, Columbia TriStar Home Video, 1998.
Call # DVD PN1997 .G835 1998
When the daughter of well-to-do liberal parents plans to marry a black doctor, both families must sit down face to face and examine each other's level of intolerance.
http://gilfind.gsu.edu

In the Heat of the Night.
Norman Jewison, performances by Sidney Poitier and Rod Steiger, MGM Home Entertainment, 2001.
Call # DVD PN1997 .I4853 2001
small town Southern sheriff finds himself in an uneasy alliance with a big-city black homicide detective as they investigate a murder.
http://gilfind.gsu.edu

Zora is my Name!
Iris Merlis, performance by Flip Wilson, Monterey Video, 2006.
Call # DVD PN1997 .Z67 2006
A dramatization of the life of Zora Neale Hurston, who wrote of the folklore of the rural south. Originally shown on the PBS series American Playhouse in 1990.
http://gilfind.gsu.edu

Davis, Ossie and Ruby Dee. With Ossie and Ruby: In this Life Together.
W. Morrow, 1998
Call # PN2285 .D28 1998
n a joint memoir that celebrates half a century of successful marriage, they look back on the extraordinary careers that earned each a Presidential Medal for Lifetime Achievement.
http://gilfind.gsu.edu

Goudsouzian, Aram. Poitier: Man Actor, Icon. .
University of North Carolina Press, 2004.
Call # PN2287.P57 G68 2004
In the first full biography of legendary actor Sidney Poitier, Aram Goudsouzian analyzes the life and career of Hollywood's only leading black man during the civil rights era, from his childhood in the Bahamas to his 2002 Oscar for lifetime achievement. Poitier is a gifted actor, a great American success story, an intriguing personality, and a political symbol.
http://gilfind.gsu.edu

Poitier, Sidney. The Measure of a man: A Spiritual Autobiography.
HarperSanFrncisco, 2000.
Call # PN2287.P57 A3 2000
The acclaimed actor reveals the passion, spirituality, and intellectual fervor that have driven his life and career, citing the elements of his childhood that gave him his sense of worth and ethics.
http://gilfind.gsu.edu

Poitier, Sidney. This Life.
Knopf, 1980.
Call # PN2287.P57 A37 1980
An autobiography of the actor who arrived in Miami, from the Bahamas, at age sixteen. Some of his movies have been A Raisin in the Sun, Guess Who's Coming to Dinner, and In the Heat of the Night.
http://gilfind.gsu.edu 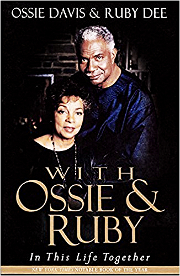 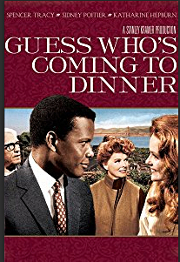 Cohodas, Nadine. Princess Noire: The Tumultuous Reign of Nina Simone.
Pantheon Books, 2010.
Call # ML420.S5635 C65 2010
complete account of the triumphs and difficulties of the brilliant and high-tempered Nina Simone, whose distinctive voice and music occupy a singular place in the canon of American song.
http://gilfind.gsu.edu

Keiler, Alan. Marian Anderson: A Singer's Journey.
Scribner, 2000.
Call # ML420.A6 K45 2000
A biography of one of America's greatest singers and a seminal figure in the American civil rights movement uncovers the life of the first African American soloist at the Met.
http://gilfind.gsu.edu 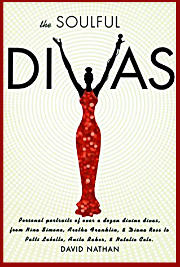 Baker, William J. Jesse Owens: An American Life,
Free Press, 1986.
Call # GV697.O9 B35 1986
A biography of the Black athlete who won four gold Olympic medals in 1936. Describes his life before and after this event and the example he set for others.
http://gilfind.gsu.edu

Edmonson, Jacqueline. Jesse Owens: A Biography,
Greenwood Press, 2007.
Call # GV697.O9 E35 2007
his insightful biography tells the life story of a boy who grew up in poverty in the Deep South, won Olympic gold in Hitler's Germany by running faster and jumping farther than anyone in the world, and achieved fame and sometimes fortune in the midst of the Great Depression and a nation deeply divided by race.
http://books.google.com

McNeil, William. Cool Papas and Double Duties: The All-time Greats of the Negro Leagues.
McFarland & Co., 2001.
Call # GV865.A1 M379 2001
For this book, more than 50 former Negro Leaguers and baseball historians were asked to vote for players they believe should have been included in the Hall of Fame - and to select an All-Time Negro League All-Star Team. In addition to presenting and discussing their choices, the book profiles the lives and careers of the players selected.
http://gilfind.gsu.edu

Robinson Jackie and Alfred Duckett. I Never Had it Made: An Autobiography of Jackie Robinson,
Ecco Press, 1995.
Call # GV865.R6 A3 1995
Before Barry Bonds, before Reggie Jackson, before Hank Aaron, baseball's stars had one undeniable trait in common: they were all white. In 1947, Jackie Robinson broke that barrier, striking a crucial blow for racial equality and changing the world of sports forever. I Never Had It Made is Robinson's own account of what it took to become the first black man in history to play in the major leagues.
http://gilfind.gsu.edu

Schaap, Jeremy. Triumph: The Untold Story of Jesse Owens and Hitler's Olympics.
Houghton Mifflin, 2007.
Call # GV697.O9 S33 2007
The story of Jesse Owens at the 1936 Olympic Games is that of a high-profile athlete giving a performance that transcends sports--but it is also the intimate and complex tale of the courage of one remarkable man.
http://gilfind.gsu.edu 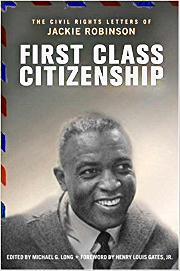 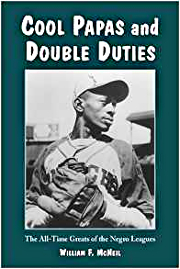 Schiot, Molly. Game Changers: The Unsung Heroines of Sports History.
Simon and Schuster, 2016.
Call # GV697.A1 S416 2016
Based on the Instagram account @TheUnsungHeroines, a celebration of the pioneering, forgotten female athletes of the twentieth century that features rarely seen photos and new interviews with past and present gamechangers including Abby Wambach and Cari Champion
http://gilfind.gsu.edu

Tygierl, Jules. The Jackie Robinson Reader: Perspectives on an American Hero,
Dutton, 1997.
Call # GV865.R6 J33 1997
For the fiftieth anniversary of Robinson's stellar debut with the Brooklyn Dodgers, leading Robinson expert Jules Tygiel has compiled an impressive array of material, some of which has never before been published.
http://gilfind.gsu.edu

Wiggins, David Kenneth. Out of the Shadows: A Biographical History of African American Athletes.
University of Arkansas Press, 2006.
Call # GV697.A1 W534 2006
The original essays in this collection examine the lives and sports of famous and not-so- famous African American men and women athletes from the nineteenth century to today. Here are twenty biographies that furnish perspectives on the changing status of these athletes and how the changes mirrored the transformation of sport, American society, and civil rights legislation.
http://gilfind.gsu.edu

Haskins, James. Always Movin' On: The Life of Langston Hughes,
Africa World Press, 1993.
Call # PS3515.U274 Z656 1993
hroughout his career Langston sought to express, in both his speaking appearances and his literature, the heroism he saw in his people--a strength to endure and to endure without bitterness. This is one reason why his art will always hold a significant place in black American literature.
http://gilfind.gsu.edu

Hughes, Langston. Short Stories,
edited by Donna Sullivan Harper. Hill and Wang, 1997.
Call # PS3515.U274 A6 1997
Offers a collection of stories written between 1919 and 1963 that follow Hughes' literary development and the growth of his personal and political concerns
http://gilfind.gsu.edu 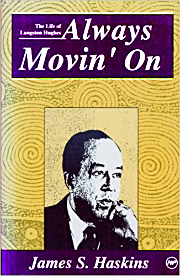 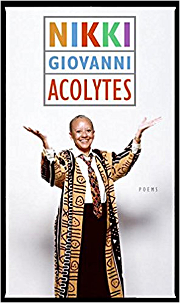 Bay, Mia. To Tell the Truth Freely: The Life of Ida B. Wells,
Hill and Wang, 2009.
Call # E185.97.W55 B39 2009
n the richly illustrated To Tell the Truth Freely, the historian Mia Bay vividly captures Wells's legacy and life, from her childhood in Mississippi to her early career in late nineteenth-century Memphis and her later life in Progressive-era Chicago.
http://books.google.com

Davidson, Sue. Getting the Real Story: Nellie Bly and Ida B. Wells,
Sea Press, 1992.
Call # PE1127.B53 D38 1992
arallel biographies of two women who used their journalistic skills to fight against unjust treatment based on sex and race in late nineteenth- and early twentieth-century America.
http://gilfind.gsu.edu

Giddings, Paula. Ida: A Sword Among Lions: Ida B. Wells and the Campaign Against Lynching,
Amistad, 2008.
Call # E185.97.W55 G53 2008
Traces the life and legacy of the nineteenth-century activist and pioneer, documenting her birth into slavery, her career as a journalist and a pioneer for civil rights and suffrage, and her determination to counter lynching.
http://gilfind.gsu.edu

Author. On Lynchings,
Humanity Books, 2002.
Call # HV6457 .W393 2002
The bleak years after the Civil War brought continuing oppression to African Americans. During the 1880s and 1890s, more than 100 black citizens were lynched each year. In 1892, Memphis newspaper editor Ida B. Wells-Barnett raised a lone voice of protest and was forced to flee for her life.
http://books.google.com 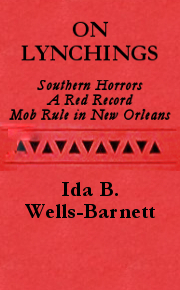 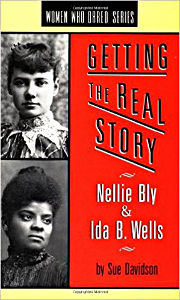 Broadnax, Samuel L. Blue Skies, Black Wings: African American Pioneers of Aviation,
Praeger, 2007.
Call # TL539 .B75 2007
hronicles the history of African-Americans in aviation, from Charles Wesley Peters who flew his own plane in 1911 to the 1945 Freeman Field mutiny against segregationist policies in the Air Corps.
http://gilfind.gsu.edu 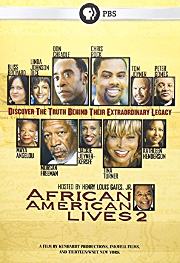 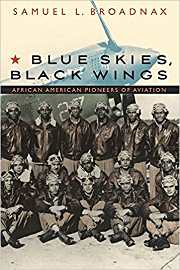