Elkund, Amy.
Library PAWS Program Brings Therapy Dogs to GPC
http://gpclibraries.wordpress.com/
Inside the Perimeter
The Clarkston campus library is piloting a program this year to bring much-needed stress relief to GPC students, faculty and staff during final exams. Therapy dogs and their handlers from the READing Paws program will be stationed on the 3rd floor of the Clarkston campus library April 30-May 2.
Source: http://gpclibraries.wordpress.com/ 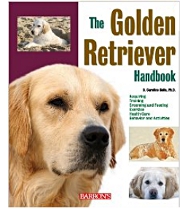 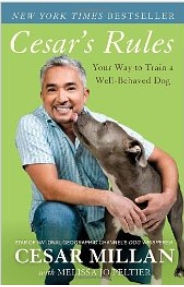 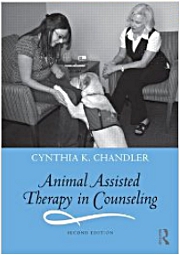 Syufy, Franny.
Therapy Cats: Cats Come Into Their Own As Therapy Animals
http://cats.about.com/
od/youandyourcat/
Therapy-Cats.htm
About.com
Try petting your kitty when you are feeling stress from the activities of an unusually busy day. You'll find those tense shoulder and neck muscles relaxing, your heart rate slowing, and an intense feeling of pleasure flowing through your entire body, as all those stresses flow out and relaxation flows in. Those are the benefits of therapy cats to nursing home residents and health care facilities, and they can be equally applied to the rest of us.
Source: http://cats.about.com/
od/youandyourcat/
a/Therapy-Cats.htm

Therapy Dogs International
http://www.tdi-dog.org/
Therapy Dogs International (TDI) is a volunteer organization dedicated to regulating, testing and registration of therapy dogs and their volunteer handlers for the purpose of visiting nursing homes, hospitals, other institutions and wherever else therapy dogs are needed.
Source: http://www.tdi-dog.org/
About.aspx 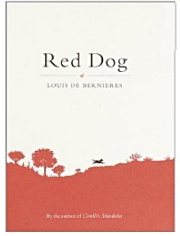 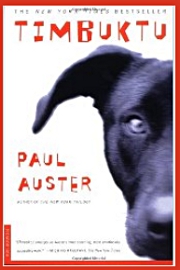 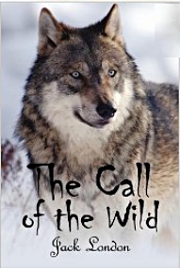 Humane Society of the United States
http://www.humanesociety.org
The Humane Society of the United States is the nation's largest and most effective animal protection organization, backed by 11 million Americans. We help animals by advocating for better laws to protect animals; conducting campaigns to reform industries; providing animal rescue and emergency response; investigating cases of animal cruelty; and caring for animals through our sanctuaries and wildlife rehabilitation centers, emergency shelters and clinics.
Source: http://www.humanesociety.org/
about/ 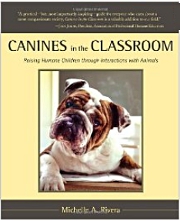 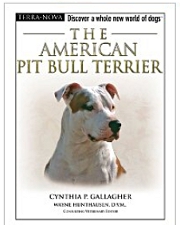 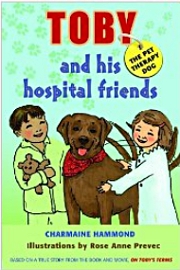 Auster, Paul.
Timbuktu: A Novel. New York: Henry Holt, 1999.
Call Number: PS3551.U77 T56 1999
Mr. Bones, the canine hero of Paul Auster's astonishing new book, is the sidekick and confidant of Willy G. Christmas, a brilliant and troubled homeless man from Brooklyn. As Willy's body slowly expires, he sets off with Mr. Bones for Baltimore in search of his high school English teacher and a new home for his companion. Mr. Bones is our witness during their journey, and out of his thoughts, Paul Auster has spun one of the richest, most compelling tales in American fiction.
Source: http://www.amazon.com

De Bernieres, Louis.
Red Dog. New York: Pantehon Books, 2001.
Call Number:PR6054.E132 R43 2001
Independent, clever, sly, stubborn, courageous and foolhardy, impatient with boredom and the boring, Red Dog endeared himself to (almost) everyone who crossed his path. These funny, surprising, and touching stories of his life are certain to endear him to every reader.
Source: http://www.amazon.com

DiCamillo, Kate
Because of Winn-Dixie. Cambridge, MA: Candlewick Press, 2004.
Call Number: Dunwoody Youth PZ7.D5455 Be 2004
Ten-year-old India Opal Buloni describes her first summer in the town of Naomi, Florida, and all the good things that happen to her because of her big ugly dog Winn-Dixie.
Source: http://gilfind.gsu.edu

Kay, Terry.
To Dance with the White Dog. Atlanta, GA: Peachtree Publishers, 1990.
Call Number: PS3561.A885 T6 1990
Sam and the White Dog will dance from the pages of this bittersweet novel and into your heart, as they share the mystery of life, and begin together a warm and moving final rite of passage.
Source: http://www.amazon.com

London, Jack.
Call of the Wild. Austin, TX: Holt, Rienhart, and Winston, 1997.
Call Number: PS3523.O46 C3 1997
Kidnapped form his safe California home. Thrown into a life-and-death struggle on the frozen Artic wilderness. Half St. Bernard, half shepard, Buck learns many hard lessons as a sled dog: the lesson of the leash, of the cold, of near-starvation and cruelty. And the greatest lesson he learns from his last owner, John Thornton: the power of love and loyalty.Yet always, even at the side of the human he loves, Buck feels the pull in his bones, an urge to answer his wolf ancestors as they howl to him.
Source: http://www.amazon.com

Quinn, Spencer.
The Dog who Knew Too Much: A Chet and Bernie Mystery. New York: Atria Books, 2011.
Call Number: PS3617.U584 D65 2011
When Bernie is invited to give the keynote speech at a private investigator convention, his intrepid canine companion is secretly targeted by the high-profile person in charge, an agenda that is complicated by a missing boy and a familiar-looking puppy.
Source: http://gilfind.gsu.edu

Rawls, Wilson.
Where the Red Fern Grows: The Story of Two Dogs and a Boy. New York: Delacorte Press, 1996.
Call Number: PS3568.A854 W45 1996
A young boy living in the Ozarks achieves his heart's desire when he becomes the owner of two redbone hounds and teaches them to be champion hunters.
Source: http://gilfind.gsu.edu

Stein, Garth.
The Art of Racing in the Rain: A Novel. New York: Harper, 2008.
Call Number: PS3569.T3655 A88 2008
Nearing the end of his life, Enzo, a dog with a philosopher's soul, tries to bring together the family, pulled apart by a three year custody battle between daughter Zoe's maternal grandparents and her father Denny, a race car driver.
Source: http://gilfind.gsu.edu

This image courtesy of the American Kennel Club.

Grant, Jim.
The Lost Dogs: Michael Vick’s Dogs and their Tale of Rescue and Redemption New York: Gotham Books, 2010.
Call Number: HV4746 .G67 2010
Animal lovers and sports fans were shocked when the story broke about NFL player Michael Vick's brutal dog fighting operation. But what became of the dozens of dogs who survived? As acclaimed writer Jim Gorant discovered, their story is the truly newsworthy aspect of this case.
Source: http://www.amazon.com

Levin, Larry.
Oogy: The Dog only a Family Could Love. New York: Grand Central Pub., 2010.
Call Number: SF429.P58 L48 2010
A heartwarming story of a puppy brought back from the brink of death, and the family he adopted
Source: http://gilfind.gsu.edu

Montalvan, Luis Carlos and Bret Witter.
Until Tuesday: A Wounded Warriro and the Golden Retriever who Saved Him. New York: Hyperion, 2011.
Call Number: HV1569.6 .M56 2011
Captain Luis Montalvan returned home from his second tour of duty in Iraq, having survived stab wounds, a traumatic brain injury, and three broken vertebrae. But the pressures of civilian life and his injuries proved too much to bear. Physical disabilities, agoraphobia, and crippling PTSD drove him to the edge of suicide. That's when he met Tuesday - his best friend forever.
Source: http://gilfind.gsu.edu

Pearse, Emma.
Sophie: The Incredible True ADventures of the Castaway Dog. Boston, MA: Da Capo Press, 2012.
Call Number: Dunwoody SF429.A77 P36 2012
This is the story of a dog's journey back to her family. Sophie Tucker, a three-year-old Australian blue heeler, goes overboard into the predator infested waters of the Great Barrier Reef, and Sophie's heartbroken family has given her up for lost; little do they know that Sophie swam six miles to an isolated nature preserve called St. Bees, where she survived unassisted for five months by living off the land.
Source: http://gilfind.gsu.edu

Frei, David.
Angel on a Leash: Therapy Dogs and the Lives They Touch. Irvine, CA: BowTie Press, 2011.
Call Number: RM931.D63 F74 2011
Angel on a Leash tells the heartwarming tales of therapy dogs who have changed the lives of children and hospitals and rehabilitation centers as the result of the work done by the therapy dog charity, Angel on a Leash, an organization founded by the book's author.
Source: http://gilfind.gsu.edu

Marcus, Dawn A.
The Power of Wagging Tails: A Doctor’s Guide to Dog Therapy and Healing New York: Demos Health, 2011.
Call Number: RM931.D63 M37 2011
Argues therapy dogs may help those with chronic illnesses and explains how to add a dog to the home of someone with an illness, how the family dog can help with health conditions, and how to train a dog to be a certified therapy dog.
Source: http://gilfind.gsu.edu 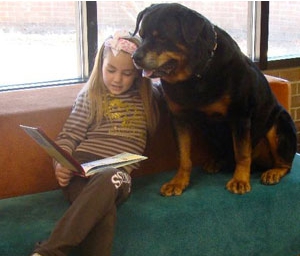 This image courtesy of the American Kennel Club.

McCardle, Peggy D.
Animals in our Lives: Human-Animal Interaction in Family, Community, and Therapeutic Settings. Baltimore, MD: Paul H. Brooke, 2011.
Call Number: Dunwoody RM931.A65 A62 2011
What do we know about the benefits of human–animal interaction (HAI)—and what future research needs to be done to ensure high-quality, evidence-based practices? Find out in this book, a resource that presents the latest research on the positive effects of animal therapies and interactions on child health and development.
Source: http://www.brookespublishing.com

Rivera, Michelle A.
Canines in the Classroom: Raising Humane Children through Interaction with Animals. New York: Lantern Books, 2004.
Call Number: HV4712 .R58 2004
Humane education teaches respect for all living things to people of all ages. Michelle Rivera, author of Hospice Hounds: Animals and Healing at the Borders of Death, shows how raising awareness of the needs of animals and society’s responsibility to them can help stop not only violence against animals but also violence against humans.
Source: http://www.amazon.com

Coile, D. Caroline.
The Golden Retriever Handbook. Happauge, NY: Barron’s, 2009.
Call Number: SF429.G63 C65 2009
Whether owners of these handsome dogs keep them as house pets or as superb hunters, they'll find a wealth of information in this book on all aspects of purchasing, feeding, training, grooming, health care, and more.Source:
Source: http://www.bn.com

Millan, Cesar and Melissa Jo Peltier.
Cesar's Rules: Your Way to Train a Well-Behaved Dog. New York: Crown Archetype, 2010.
Call Number: SF431 .M628 2010
Filled with practical advice, anecdotes, tips, and trouble-shooting techniques from Cesar and his colleagues, this is the ultimate guide to a well-behaved and well-balanced dog—from a new puppy to an old dog who can still learn new tricks.
Source: http://www.amazon.com