On Display at Clarkston: April 2016 A

Bill Moyers Journal -- Poets and Poetry
Public Affairs Television.
http://www.pbs.org/moyers/
journal/poetry/
Poetry, once the language of stories around campfires and popular entertainment, has lately seemed a rarefied art. And though poets are not yet again able to garner national theater or radio audiences as Edna St. Vincent Millay did in the 1930s and 1940s, poetry may be making a comeback.
http://www.pbs.org/moyers/
journal/poetry/

CV2.
Contemporary Vers 2 Inc.
http://www.contemporaryverse2.ca/
en/poetry/P20
is the vision-quest of Contemporary Verse 2: The Canadian Journal of Poetry and Critical Writing (CV2) to get as many readers as possible to try poetry and like it. It is a mission we take very seriously. To this end, CV2 publishes an exciting range of interviews, essays, articles and reviews together with new poetic writing to create a lively discussion on the art of poetry, the poets, and the issues. CV2 currently features content primarily in English, but continues to accept the same range of writing in French for publication.
http://www.contemporaryverse2.ca/
en/about 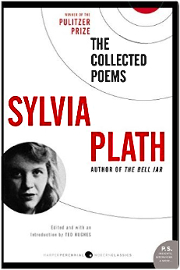 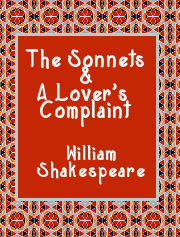 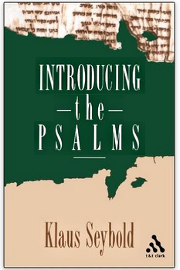 Poetry Magazine
Poetry Foundation.
http://www.poetryfoundation.org/
poetrymagazine/
Founded in Chicago by Harriet Monroe in 1912, Poetry is the oldest monthly devoted to verse in the English-speaking world. Harriet Monroe's "Open Door" policy, set forth in Volume I of the magazine, remains the most succinct statement of Poetry's mission: to print the best poetry written today, in whatever style, genre, or approach.
http://www.poetryfoundation.org/
foundation/
history-and-mission 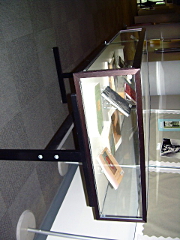 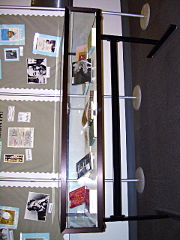 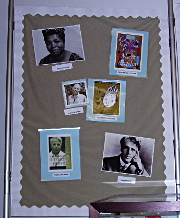 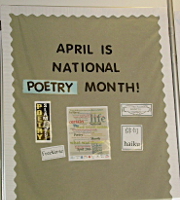 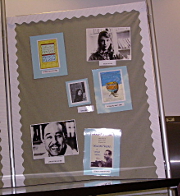 Bloch, Ariel and Chana Bloch. The Song of Songs: A New Translation with an Introduction and Commentary..
New York: Random House, 1995.
Call # Dunwoody BS1483 .B56 1995
Next to Genesis, no book in the Hebrew Bible has had a stronger influence on Western literature than the Song of Songs. This attractive and exuberant edition helps to explain much of its power, while leaving its mystery intact.
http://books.google.com

Mitchell, Stephen. A Book of Psalms: Selected and Adapted from the Hebrew..
New York: HarperCollins, 1993.
Call # BS1424 .M58 1993
When the ancient rabbis named the anthology tat we know as the Book of Psalms they called it sefer tehillim, or the Book of Praises. That is the dominant theme of the Greatest of the Psalms: rapturous praise, a deep exuberant gratitude for beign here.
Mitchell, Stephen. "Foreword." A Book of Psalms: Selections Adapted from the Hebrew. New York: Harper Collins, 1993. Print.

Seybold, Klaus. Introducting the Psalms
New York: T & T Clark, 1990.
Call # Academic EBooks on EBSCOHost BS1430.2 .S48013 1990
A new general introduction to the Psalms. Seybold guides the reader through the most important aspects of the history and literary form of the Psalm texts and the major questions of critical scholarship, and discusses all leading writers on the subject.
http://gilfind.gsu.edu

Frost, Robert. The Poetry of Robert Frost: The Collected Poems.
New York: Holt, Rinehart, and Winston, 1969.
Call # PS3511 .R94 1969
This comprehensive volume of Frost's verse comprises all eleven volumes of his poems; this collection has been the standard Frost compendium since its first publication in 1969.
http://gilfind.gsu.edu

Hughes, Langston. Selected Poems of Langston Hughes.
New York: Vintage Books, 1990.
Call # Decatur PS3515.U274 A6 1990
The poems Hughes wrote celebrated the experience of invisible men and women: of slaves who "rushed the boots of Washington"; of musicians on Lenox Avenue; of the poor and the lovesick; of losers in "the raffle of night." They conveyed that experience in a voice that blended the spoken with the sung, that turned poetic lines into the phrases of jazz and blues, and that ripped through the curtain separating high from popular culture. They spanned the range from the lyric to the polemic, ringing out "wonder and pain and terror-- and the marrow of the bone of life."
http://books.google.com 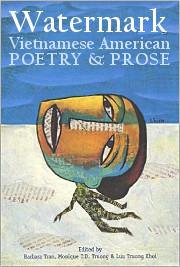 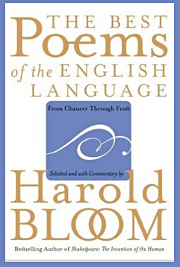 Mistral, Gabriela and Stephen Tapscott. Selected Prose and Prose-Poems.
Austin, TX: University of Texas Press, 2002.
Call # PQ8097.G6 A28 2002
This Spanish-English bilingual volume gathers the most famous and representative prose writings of Gabriela Mistral, which have not been as readily available to English-only readers as her poetry.
http://books.google.com

Pound, Ezra. Selected Poems.
New York: J. Laughlin, 1957.
Call # PS3531.O82 A6 1957
The verse and criticism which he produced during the early years of the twentieth century very largely determined the directions of creative writing in our time; virtually every major poet in England and America today has acknowledged his help or influence. Pound's lyric genius, his superb technique, and his fresh insight into literary problems make him one of the small company of men who through the centuries have kept poetry alive—one of the great innovators.
http://books.google.com

Sederat, Roger. Ghazal Games: Poems.
Athens, OH: Ohio University Press, 2011.
Call # Academic eBooks on EBSCOHost PS3619.E33 G43 2011
As an Iranian American poet, Roger Sedarat fuses Western and Eastern traditions to reinvent the classical Persian form of the ghazal. For its humor as well as its spirituality, the poems in this collection can perhaps best be described as "Wallace Stevens meets Rumi."
http://books.google.com 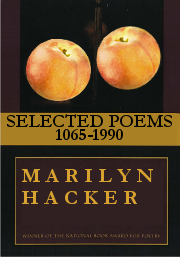 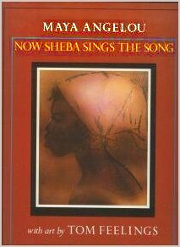 Shakespeare, William. The Sonnets; And A Lover’s Complaint.
New York: Penguin, 2009.
Call # PR2848.A2 K47 2009
The 154 sonnets - all but two of which are addressed to a beautiful young man or a treacherous 'dark lady' - contain some of the most exquisite and haunting poetry ever written, and deal with eternal subjects such as love and infidelity, memory and mortality, and the destruction wreaked by Time.
http://books.google.com

Bloom, Harold. The Best Poems of the English Language: From Chaucer through Frost.
New York: HarperCollins, 2004.
Call # PR1175 .B4566 2004
A collection of key works of English language poetry encompasses works that have been written over the course of six centuries and shares some of the selector's critical reflections from the past half century.
http://gilfind.gsu.edu

Fellerman, Hazel. The Best Loved Poems of the American People.
Garden City, NY: Doubleday, 1936.
Call # PR1175 .F4 1936b
More than 1,500,000 copies in print! Over 575 traditional favorites to be read and reread. Categorized by theme, and indexed by author and first line, this is a collection that will be treasured.
htp://books.google.com

Goodman, Jonathan. The Bloody Versicles: The Rhymes of Crime.
Kent, OH: Kent State University Press, 1993.
Call # eBooks on EBSCOHost PR508.C79 G66 1993
An updated and enlarged edition of an annotated collection originally published more than 20 years ago. Bloody Versicles serves as two books in one: an anthology of ribald, moralistic, sad, yet amusing and entertaining verse relating to specific crimes; and a small encyclopaedia of select criminals and their wrongdoings.
http://books.google.com

McGann, Jerome J. The New Oxford Book of Romantic Period Verse.
New York: Oxford University Press, 1994.
Call # PR1222 .N48 1994
The poets whom we call the Romantics--Wordsworth, Coleridge, Burns, Blake, Byron, Shelley, and Keats--belonged to an age in which many other kinds of poetry written and published as well. In this new volume, Jerome McGann explores the full range of verse that was published in Britain between the years of 1785-1832, one of the most fertile periods for English writing.
http://books.google.com 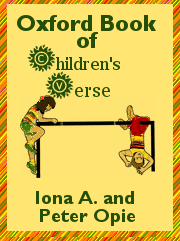 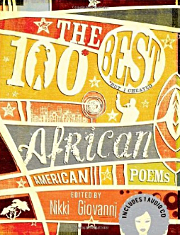 Palgrave, Francis Turner and John Press. The Golden Treasury of the Best Songs & Lyrical Poems in the English Language.
New York: Oxford University Press, 1964.
Call # PR1175 .P34 1964
This little Collection differs, it si believed, fromothers in the attempt to include in it all the best, original Lyrical pieces and Songs in our language…and none beisdee the best.
Palgrave, Francis Turner. "Preface." The GoldenTreasury of the Best Songs and Lyrical Poems in the English Language. Francis Turner Palgrave and John Press. 5th ed. New York: Oxford University Press. Print.

Strand, Mark and Eavan Boland. The Making of a Poem: A Norton Anthology of Poetic Forms.
New York: Norton, 2000.
Call # PR1175 .M275 2001
Two beloved and esteemed poets have collaborated on this intimate and useful anthology illuminating the history, practice, and wonder of our most elusive art. Intended for all those who love poetry, including teachers, readers, writers, and students, The Making of a Poem will be especially valued by those who feel that an understanding of form—sonnet, ballad, villanelle, sestina, etc.—would enhance their appreciation of poetry, but are daunted by the terms, the names, and the histories of various poetic forms.
http://books.google.com

Tran, Barbara et. al. Watermark: Vietnamese American Poetry & Prose.
New York: Asian American Writers’ Workshop, 1998.
Call # PS153.V57 W37 1998
This collection of poetry and prose ventures into the fringes of the Vietnamese American psyche, resetting the boundaries and constraints of the traditional focus of the theme of war. The fiction and poetry reflect and refract on adolescence, sexuality, language, death and distance.
http://books.google.com