The Beliefnet Guide to Christmas
http://www.beliefnet.com/
Faiths/Christianity/F
Christmas/
Beliefnet-Guide-
to-Christmas.aspx
Beliefnet.
Articles on both the secular and religious aspects of Christmas along with quizzes, recipes, blog posts, and more.
Source: Eileen H. Kramer 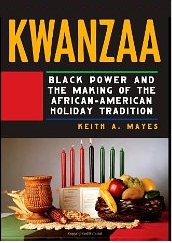 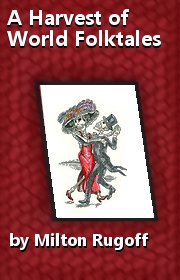 The Beliefnet Guide to Hannukah
http://www.beliefnet.com/
Faiths/Judaism/
Hanukkah/index.aspx
Beliefnet.
Features articles on the story of Hannukah, rules for observance, and also has recipes, videos, and links to blogs and related sites.
Source: Eileen H. Kramer

Kwanzaa
http://www.beliefnet.com/
Love-Family/Holidays/
Kwanzaa/index.aspx
Beliefnet
An explanation of Kwanzaa's history and the meaning behind the celebrations. Also offers links to additional sites, and how to's for celebrating this African-American holiday.
Source: Eileen H Kramer

Holidays and Sabbats
http://www.beliefnet.com/
Faiths/Pagan-and-Earth-Based/M
Holidays-and-Sabbats.aspx
Beliefnet
Explains the major and minor Sabbats of the Pagan/Wiccan solar calendar including Yule which is the winter solstice.
Source: Eileen H. Kramer 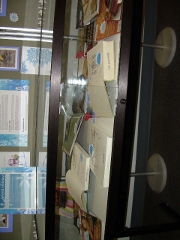 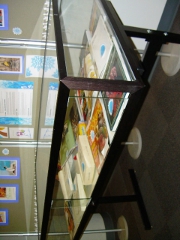 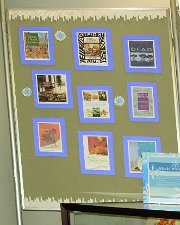 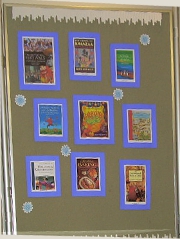 This display offers books and web sites about holidays in many traditions and all around the world. Materials cover: holiday history, religious aspects, folklore, cooking, decoarting, and entertaining. Have a happy and joyous holiday season!

Brandes, Stanley H.
Skulls to the Living, Bread to the Dead: The Day of teh Dead in Mexico and Beyond. Malden, MA: Blackwell Pub., 2006.
Call Number: GT4995.A4 B73 2006
Each October, as the Day of the Dead draws near, Mexican markets overflow with decorated breads, fanciful paper cutouts, and whimsical toy skulls and skeletons. To honor deceased relatives, Mexicans decorate graves and erect home altars. Drawing on a rich array of historical and ethnographic evidence, this volume reveals the origin and changing character of this celebrated holiday. It explores the emergence of the Day of the Dead as a symbol of Mexican and Mexican-American national identity.
Source: http://www.amazon.com

Dennis, Matthew, Ed.
Encyclopedia of Holidays and Celebrations: A Country-by-Country Guide. New York: Facts on File, 2006.
Call Number: Reference GT3930 .E53 2006
An introduction to world religious and secular holidays, with an emphasis on the ways in which they inform us about different cultures.
Source: http://www.amazon.com

Etzioni, Amitai and Jared Bloom Eds.
We are What we Celebrate: Understanding Holidays and Rituals. New York: New York University Press, 2004.
Call Number: GT3930 .W37 2004
How did Martin Luther King Jr.'s birthday become a national holiday? Why do we exchange presents on Christmas and Chanukah? What do bunnies have to do with Easter? How did Earth Day become a global holiday? These questions and more are answered in this fascinating exploration into the history and meaning of holidays and rituals.
Source: http://www.amazon.com

Garciagodoy, Juanita.
Digging the Days of the Dead: A Reading of Mexico's Dias de Muertos. Niwot, CO: University Press of Colorado, 1998.
Call Number: Ebooks on EBSCOHost GT4995.A4 G37 1998
In Digging the Days of the Dead, Juanita Garciagodoy depicts various aspects of the celebration - including Prehispanic and Spanish Catholic traces on its development as well as folk and popular culture versions - and describes its changing place in contemporary Mexico.
Source: http://www.amazon.com 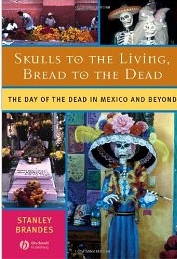 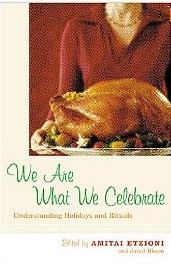 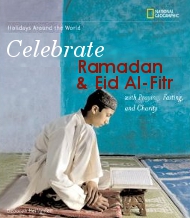 Matthews, John and Caitlin Matthews.
The Winter Solstice: The Sacred Traditions of Christmas. Wheaton, IL: Quest Books, 1998.
Call Number: GT4995.W55 M37 1998
Many of us long for an alternative to the commercial industry Christmas has become. This beautifully illustrated, full-color book, brimming with folklore, stories, recipes, games, activities, decorating ideas, songs, and other resources, will help families who are "burned out" on Christmas create alternative celebrations more in keeping with the heartful spirit of the original Winter Solstice festivals.
Source: http://www.amazon.com

Riley, Dorothy Winbush.
The Complete Kwanzaa: Celebrating our Cultural Harvest. New York: HarperCollins, 1995.
Call Number: GT4403 .R56 1995
For millions of African Americans, the week after Christmas is a time to celebrate Kwanzaa by reflecting upon seven principles, among them creativity, cooperation, and faith, which are considered the foundation of successful societies. Riley elaborates upon each of these principles through a combination of first-person narratives, poetry, folktales, quotations, and proverbs.
Source: http://www.amazon.com

Roy, Christian.
Traditional Festivals: A Multicultural Encyclopedia. Santa Barbara, CA: ABC-CLIO, 2005.
Call Number: Reference GT3925 .R69 2005
This compact set contains alphabetically arranged entries on more than 150 festivals celebrated in various parts of the world. The major feasts of Judaism, Christianity, and Islam are described in detail, as are many other important celebrations. Lesser-known festivals include the Ainu Bear Festival of Japan and the Òsun Festival of Yoruba, as well as those celebrated in the ancient civilizations of Greece, Rome, and Mesopotamia and by the Aztec and the Maya.
Source: http://www.amazon.com 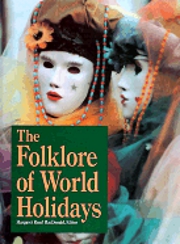 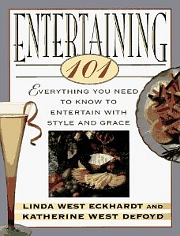 Tay, Kathlyn.
African-American Holidays, Festivals, and Celebrations: The History, Customs, and Symbols Associated with both Traditional and Contemporary Religious and Secular Events Observed by Americans of African Descent. Detroit, MI: Omnigraphics, 2007.
Call Number: GT4803.A2 G39 2007
Provides information about the history and celebration of more than 100 holidays, festivals, and other events observed by Americans of African descent. Features include narrative overviews, chronology of historical events related to holidays and festivals, calendar and geographical listings of observances, bibliography, and contact information and web sites.
Source: http://gilfind.gsu.edu

Thompson, Sue Ellen, Ed.
Holiday Symbols 1998: A Guide to teh Legend and Lore Behind the People, Places, Food, Animals, and Other Symbols Associated wtih Holidays and Holy Days, Feasts and Fasts, and Other Celebrations, Covering Popular, Ethnic, Religious, National, and Ancient Events as Observed in teh United States and Around the World. Detroit, MI: Omnigraphics, 1998.
Call Number: GT3930 .T48 1998
The new edition of Holiday Symbols describes more than 900 symbols and customs associated with 224 holidays and celebrations in the United States and around the world. The book describes the origins, customs, traditions, and history of each symbol and explains its modern significance. It also presents valuable background information about each holiday, including when and where it is observed, its origins, associated colors, and related holidays.
Source: http://www.amazon.com

Thompson, Sue Ellen.
Holiday Symbols and Customs. Detroit, MI: Omnigraphics, 2003.
Call Number: Reference GT3930 .T48 2003
A guide to the legend and lore behind the traditions, rituals, foods, games, animals, and other symbols and activities associated with holidays and holy days, feasts and fasts, and other celebrations, covering calendar, ethnic, religious, historic, cultural, national, promotional, sporting, and ancient events, as observed in the United States and around the world.
Source: http://gilfind.gsu.edu

Copage, Eric V.
Kwanzaa: An African-American Celebration of Culture and Cooking. New York: Quill, 1991.
Call Number: Dunwoody TX715 .C7865 1991b
Contained in these pages are all the components you need for a meaningful Kwanzaa celebration with ritual and food.
Source: http://www.amazon.com

Eckhardt, Linda West and Kathrine West DeFoyd
Entertaining 101: Everything you Need to Know to Entertain Guests with Style and Grace. New York: Doubleday, 1997.
Call Number: TX731 .E25 1997
In Entertaining 101, mother and daughter Linda West Eckhardt and Katherine West DeFoyd provide all the information anyone will need to throw a terrific party at home.
Source: http://www.amazon.com

Gayler, Paul.
The World in Bite-Size: Tapas, Mezze, and other Tasty Morsels. Lanham, MD: Kyle Books, 2008.
Call Number: TX740 .G39 2008
Globe-trotting gourmand Gayler (A Passion for Vegetables, The Gourmet Burger, Hot! Hot! Hot!: Cooking With Fire and Spice) has compiled a terrific collection of small dishes in this voluminous, mouthwatering guide to appetizers from around the world.
Source: http://www.amazon.com

Kempner, Nan.
R.S.V.P.: Menus for Entertaining People who Really Know How. New York: Clarkston Potter, 2000.
Call Number: TX731 .K4325 2000
New York hostess extraordinaire and inveterate guest of some of the world's most accomplished, Nan Kempner offers a tantalizing glimpse into the homes -- and entertaining philosophies -- of more than two dozen of her favorite hosts and hostesses.
Source: http://www.amazon.com 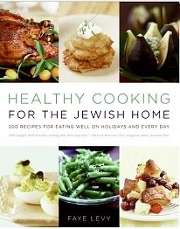 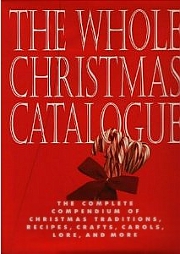 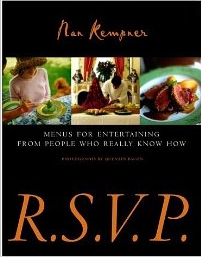 Kronfeld, Myra.
The Healthy Hedonist Holidays: A Year of Multicutlrual, Vegetarian-friendly, Holiday Feasts. New York: Simon & Schuster, 2007.
Call Number: Newton TX714 .K655 2007
Featuring fresh seasonal ingredients, whole grains, natural sugars, and creative seasonings, these flavorful feasts will leave guests feeling satisfied -- without the guilt that usually accompanies holiday indulgence. Each menu offers both a vegetarian and fish or poultry main course, and a range of side dishes, appetizers, and desserts that can be used in any combination to accommodate individual tastes.
Source: http://www.amazon.com