Browse by topic -- Arts & Culture -- Music
United States Library of Congress
http://crum.pl/10je
View collections of works with cover art, online exhibitions, and possibly audio samples collected by the Library of Congress. Most of these web sites deal with music history and older works. Emphasis is on the United States.
Source: Eileen H. Kramer 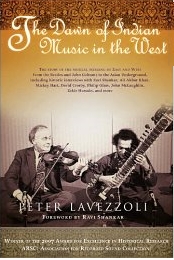 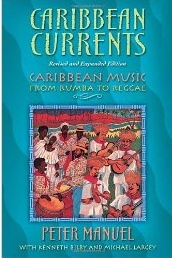 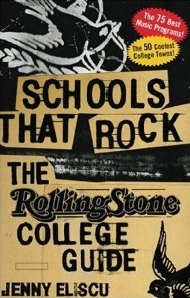 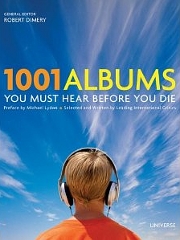 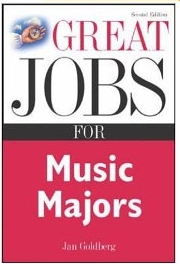 Pandora
Pandora.com
http://www.pandora.com
Custom streamed audio of pop music. Create your own station by manipulating your preferences. Most of the stream includes at least some oldies, and one or two very strange songs. Pandora is also add supported, but it is free and easy to use.
Source: Eileen H. Kramer

Shoutcast
AOL
https://directory.shoutcast.com/
This site offers over 45,000 radio stations that play on its own or the Winamp player. It features nearly every imaginable genre of music plus talk and radio drama, and even low bandwidth sites for dial-up connections.
Source: Eileen H. Kramer 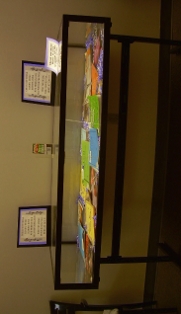 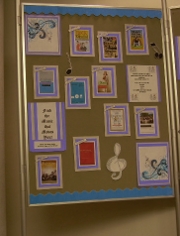 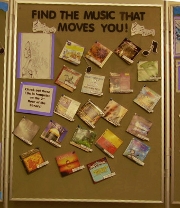 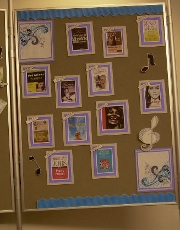 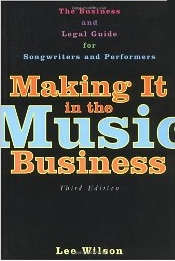 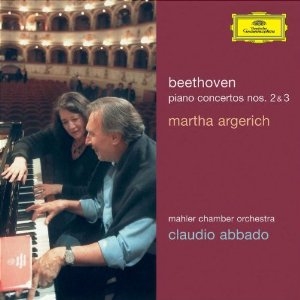 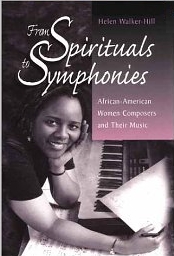 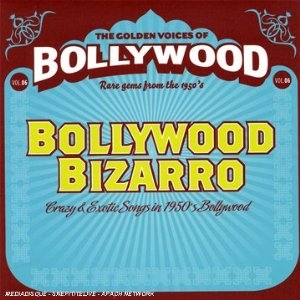 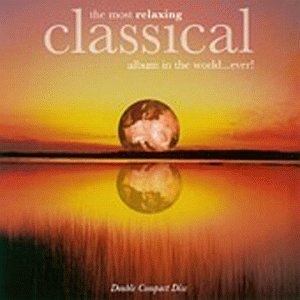 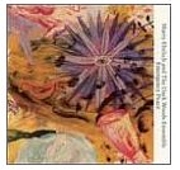 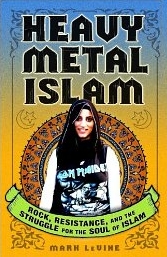 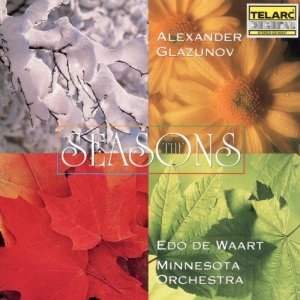 In this display you probably can find the music that moves you. This exhibit features CD's, books, and musical scores that cover every style from Bollywood, to 18th Century classical, to new age, to Southern rock, and remember scores in the case are free to circulate.

Bankston, John.
Alicia Keys. Hockessin, DE: Mitchell Lane, 2005.
Call Number: ML3930.K39 B361 2005
Even as a kid, Alicia knew music was in her heart. Fortunately, she grew up in New York City, a place offering everything from free concerts in Central Park to the background music of street and subway performers.
Source: http://www.amazon.com

Bove, Tony.
iPod & iTunes for Dummies. Hoboken, NJ: Wiley, 2008.
Call Number: ML74.4.I49 B69 2008
iPods have totally revolutionized the way we play music, videos, and TV shows. This handy guide is written by veteran For Dummies author Tony Bove and will have you off and running with your iPod in no time. You’ll get set-up advice and help loading your iPod with tunes, podcasts, movies, and more.
Source: http://www.dummies.com

Buchanan, Donna Anne.
Performing Democracy: Bulgarian Music and Musicians in Transition. Chicago, IL: University of Chicago Press, 2006.
Call Number: ML3918.F65 B83 2006
The title of this excellent book is more than a play on words. Buchanan demonstrates how the professionalization of folk music by the socialist state for nationalist purposes actually validated notions of western modernity, making the democratic transition more attractive and placing professional musicians at an important political location.
Source: http://www.amazon.com

Buckland, Gail.
Who Shot Rock & Roll: A Photographic History. New York: Knopf, 2009.
Call Number: ML3534 .B83 2009
Buckland's visually hypnotic history of rock photography is as much a history of rock as subject as it is of photography. In fact, it is the inseparability of the two that lies at the heart of Buckland's argument. Here are nearly 300 iconic photographs by those photographers who understood the power of the image in the formation and sustenance of rock-and-roll culture from 1955 onward.
Source: http://www.amazon.com

Cohen, Dalia and Ruth Katz.
Palestinian Arab Music: A Maqam Tradition in Practice. Chicago, IL: University of Chicago Press, 2006.
Call Number: ML3754 .C632 2006
Palestinian Arab Music is a comprehensive analysis of this music as actually practiced, examining both musical and nonmusical factors, their connection with the traits of individual performers, and their interaction with sociocultural phenomena.
Source: http://www.loc.gov

Goldberg, Jan.
. Great Jobs for Music Majors. Chicago, IL: VGM Career Books, 2005.
Call Number: ML3795 .G74 2005
This is a wonderful resource for students that are considering Music (sic) as their major. It gives a good broad spectrum of where their major can be utilized. This book gives examples "outside of the box." (Customer Review)
Source: http://www.amazon.com

Kot, Greg
Ripped: How the Wired Generation Revolutionized Music. New York: Scribner, 2009.
Call Number: ML74.7 .K68 2009
Ripped tells the story of how the laptop generation created a new grassroots music industry, with the fans and bands rather than the corporations in charge. In this new world, bands aren't just musicmakers but self-contained multimedia businesses; and fans aren't just consumers but distributors and even collaborators.
Source: http://www.loc.gov

Lavezzoli, Peter.
The Dawn of Indian Music in the West. New York: Continuum, 2006.
Call Number: ML338 .L39 2007
At the dawn of the 21st century, Indian music's spiritual message is more timely than ever before. Here is its story.
Source: http://www.amazon.com

Manuel, Peter and Kenneth M. Bilby.
Caribbean Music from Rumba to Reggae. Philadelphia, PA: Temple University Press, 2006.
Call Number: ML3565 .M36 2006
Since the Caribbean's multifaceted music is usually heard in the U.S. only in such popular forms as reggae and salsa, Manuel and company's diligent scholarship is much needed. They provide thoughtful descriptions of such overlooked styles as the bachata of the Dominican Republic and the voudou-jazz of Haiti, as well as of the forms of more musically famous islands, such as Jamaica and Trinidad.
Source: http://www.amazon.com

Mithen, Steven J.
The Singing Neanderthals: The Origins of Music, Language, Mind , and Body. Cambridge, MA: Harvard University Press, 2006.
Call Number: ML3800 .M73 2006
Mithen (The Prehistory of Mind [and] After the Ice) draws on archaeological record and current research on neurology and genetics to explain how and why humans think, talk and make music the way they do. If it sounds impenetrably academic, it isn't: Mithen acts as a friendly guide to the troves of data on the evolution of man (and myriad sub-mysteries of the mind, music, speech and cognition), translating specialist material into an engrossing narrative casual readers will appreciate.
Source: http://www.amazon.com

Moon, Tom.
1,000 Recordings to Hear Before You Die: A Listener's Life List. New York: Workman Pub., 2008.
Call Number: ML156.9 .M66 2008
Doing for music what Patricia Schultz—author of the phenomenal 1,000 Places to See Before You Die— does for travel, Tom Moon recommends 1,000 recordings guaranteed to give listeners the joy, the mystery, the revelation, the sheer fun of great music.
Source: http://www.bn.com

Rosen, Charles
The Classical Style: Haydn, Mozart, Beethoven. New York: Viking Press, 1971.
Call Number: ML195 .R68
Written in 1970, this winner of the National Book Award is perhaps the best guide to the music of the late 18th century that the reader is likely to find. Rosen defines classical music (which, in this case, is probably more properly rendered "Classical," as it refers to that specific style) through the music of its greatest geniuses: Mozart, Haydn and Beethoven. This is serious stuff, but well worth the effort for the student of classical music.
Source: http://www.amazon.com

Walker-Hill, Helen.
From Spirituals to Symphonies: African-American Women Composers and Their Music. Westport, CT: Greenwood Press, 2002.
Call Number: ML390 .W16 2002
Frankly examining race and gender issues and individual challenges, such as blindness or being adopted, the author, who conducted interviews with many of the composers and their families, also discusses the music of each woman at length in appreciative, nontechnical language. Detailed works lists and an appendix enumerating other black women composers add reference value; opening and concluding overview chapters supply historical context and big-picture views.
Source: http://www.amazon.com

Wilson, Lee.
Making it in the Music Business: The Business and Legal Guide for Songwriters and Performers. New York: Allworth Press, 2004.
Call Number: ML3790 .W57 2004
This guide aims to provide solid advice and information for songwriters and performers who want to make it in the competitive music industry. The author provides a lively discussion of music law, rights and contracts, and this revised edition also updates information on copyright law and protection, copyright infringement and how to avoid it, trademark law, business law for bands, the roles of bookers, managers, music publishers and lawyers, and the provisions of music publishing, management and booking agreements.
Source: http://www.amazon.com

Bach, Johann Sebasian.
Complete Organ Works in Nine Volumes. New York: Kalmus, 1947.
Call Number: M7 .B2
The first volume contains 8 works for organ. In addition to the music, there are several pages of information about the works.
Source: http://www.amazon.com

Corigliano, John and Bob Dylan.
Mr. Tambourine Man: Seven Poems of Bob Dylan. New York: G. Schirmer, 2003.
Call Number: M1621.4.C675 M58 2003
Corigliano's Mr. Tambourine Man: Seven Poems of Bob Dylan was a commission by The Carnegie Hall Corporation for Sylvia McNair and was premiered at her Carnegie Hall recital given March 15, 2002 with Martin Katz at the piano. Corigliano, who had never encountered Dylan's own musical settings of the chosen poems, has given us new musical settings of icons of American folk music from the 1960s.
Source: http://www.amazon.com

Mendelssohn-Bartholdy, Felix.
. Six Pieces for Children. New York: Schirmer, 1893.
Call Number: M1380 .M46 Op.72 1893
The six pieces in this score are either for children's listening enjoyment or for those who are fairly proficient on the piano. This is not a work for beginners.
Source: Eileen H. Kramer

Southern Rock Guitar Play-Along. Vol 36. Milwaukee, WI: Hal Leonard, 2006.
Call Number: M126 .S735 2006
The Guitar Play-Along Series will help you play your favorite songs quickly and easily! Just follow the tab, listen to the CD to hear how the guitar should sound, and then play along using the separate backing tracks. The melody and lyrics are also included in the book in case you want to sing, or to simply help you follow along.
Source: http://www.amazon.com

Davis, Miles.
Sketches of Spain. Columbia/Legacy, 1997. CD.
Call Number: MR3 .Sk29
Sketches of Spain, with its emphasis on flamenco, rich orchestrations, and relaxed tempos, is certainly one of Davis's most mellow recordings (he even works out on fluegelhorn), and proved to have broad appeal. To some critics, however, the project was "elevated elevator music." An expanded version of the album, featuring alternative tracks and unreleased material, was issued in 1997 by Columbia Legacy.
Source: http://www.amazon.com

The Most Relexing Classical Album in the World -- Ever! Circa/Virgin/EMI, 1997. CD.
Call Number: MR3 .M854
You want relaxing classical music that'll soothe your soul but won't lull you into sleep? Here's a double CD for you.
Source: http://www.amazon.com

This Way. Narada Jazz, 2007. CD.
Call Number: MR3 .T349.8
It’s hard to believe that 20 years have passed since British guitarists Greg Carmichael and Miles Gliderdale initially established themselves as bona fide contemporary (smooth) jazz stars with Red Dust and Spanish Lace. As leaders of jazz for the James Taylor crowd, they have found their niche, and continue to put out accessible jazz that displays quite a bit of technique and intestinal fortitude. This Way, their first on Narada Jazz, has enough going for it to satisfy both the mellow and metal in all of us.
Source: http://www.jazzweekly.com