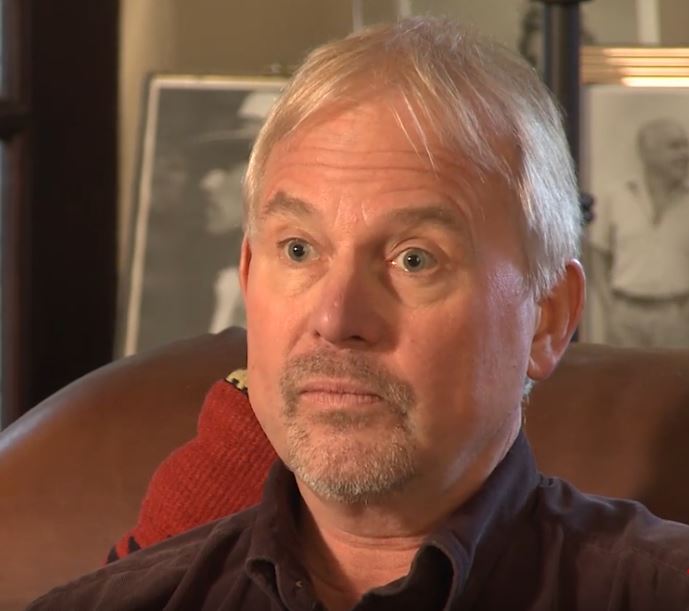 Biography:
Mark Thompson (1952 – 2016) was an American journalist, author, and photographer. He was a senior editor for The Advocate and the author of several important books about LGBT culture, including Gay Spirit: Myth and Meaning (1987), Gay Soul: Finding the Heart of Gay Spirit (1994) and Leather Folk (1991). He received the Pioneer Award from the Lambda Literary Foundation in 2008.  Thompson befriended James Broughton when he was still in college, and edited Broughton’s anthology Special Deliveries (1990).

Abstract:
Topics discussed: met Broughton at Monterey Independent Film Festival; felt seen and loved at 20; had a gay brother; Dreamwood remains favorite film, about unions of opposites, mythology; The Bed was Broughton's most popular film; bed pulled on ropes, nudity; Harry Hay and James had relationship; Hay asked Pauline Kael which of them was father; Reads "Always Ever & Only"; Learned how to be a "both/and" person instead of "either/or"; Dedication of Broughton as a multi-media artist, always working; "When in Doubt, Cut" was one of his prime rules; Broughton angered by others' stupidity; Poetry to be read aloud; Parties with Alan Watts -- discusses leather scene; Delight with freedom of San Francisco gay liberation; Poems about "decrepitude" showed Broughton's embracing of death; "Big Joy" as Broughton's credo; "This is It" helps dealing with AIDS medicines.