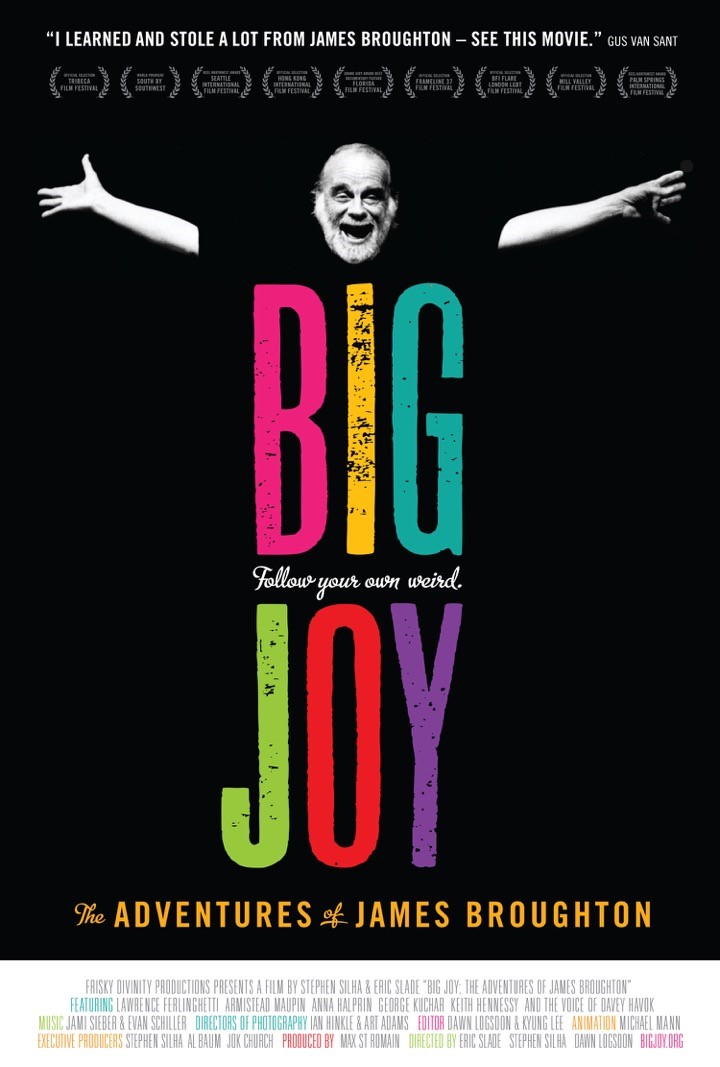 Big Joy: The Adventures of James Broughton chronicles the idiosyncratic life and groundbreaking work of this influential poet and filmmaker. Like a gay, hippie version of Zelig, this Renaissance man lived many lives through many decades- a playwright in post-war San Francisco, a filmmaking career that culminated in a special prize at Cannes and an academic life that fostered his experimental work of the 1960s through 1980s. "The Bed," with its liberal use of nudity, broke new ground in U.S. cinema and censorship. Although Broughton's personal life included a marriage and three children, it wasn't till he met a male student 35 years his junior that he found the way to live the transcendent life he espoused. This film will inspire you to do the same!

The oral histories in this collection were recorded to add to the story of James Broughton's life.