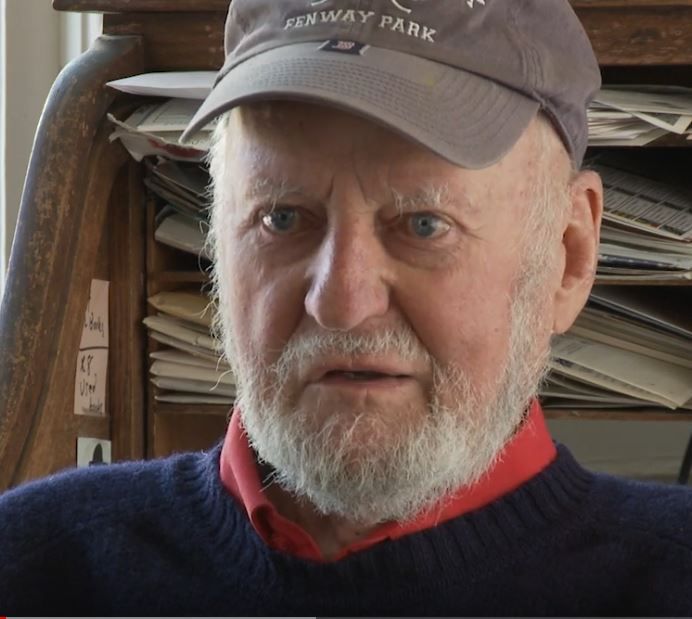 Biography:
Lawrence Ferlinghetti (born March 24, 1919) is an American poet, painter, socialist activist, and the co-founder of City Lights Booksellers & Publishers. Author of poetry, translations, fiction, theatre, art criticism, and film narration, he is best known for A Coney Island of the Mind (1958), a collection of poems that has been translated into nine languages, with sales of more than one million copies. City Lights published two James Broughton books: Seeing the Light (1977) / Making Light of It (1992) and Coming Unbuttoned (1993).

Abstract:
Topics discussed: Arrived in San Francisco 1951. Was an East Coast carpetbagger like Ginsberg and Kerouac; Found citizens considered San Francisco a frontier island republic; Broughton contributed with his joy and great imagination; Reads “This is It.” 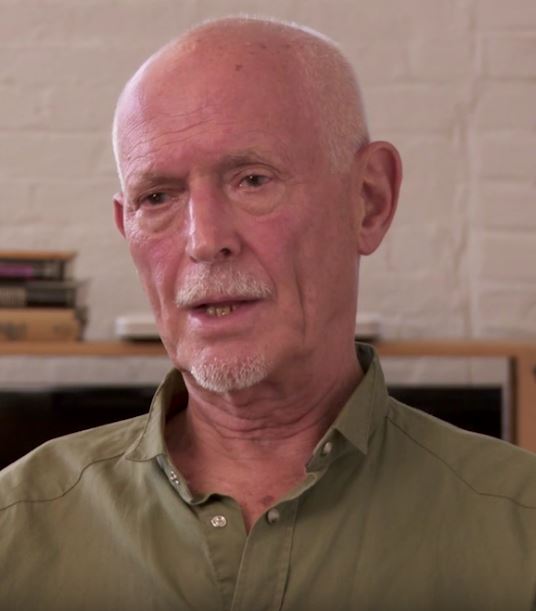 Biography:
Poet Edward Field, born 1924 in Brooklyn, New York, grew up in suburban Lynbrook, L.I., where, with his two older sisters on violin and piano, he played cello on their weekly radio program, "The Field Family Trio and Their Romantic Melodies." During WWII he dropped out of New York University to enlist in the Air Force where he became a navigator in a B-17 and flew 27 bombing missions over Germany. It was on his fifth, over Berlin, that his plane was shot up and ditched in the North Sea, the subject of his much-anthologized poem "World War II." He discovered poetry when, as he was boarding a troop train, a Red Cross worker handed him a paperback anthology of poems, and after his discharge and another short stint at NYU, Field dropped out again and went to Paris to concentrate on his poetry. In 1963, his first book, Stand Up, Friend, With Me, after 25 rejections from publishers, won the Lamont Award and was published by Grove Press. Altogether, Field has published nine books of poetry, his memoirs, a travel book, two anthologies of American poetry, and the narration for an Academy Award-winning documentary To Be Alive (1965). Other awards include the Shelley Memorial Award from the Poetry Society of America, the Prix de Rome from the American Academy of Arts & Letters, and The Bill Whitehead Lifetime Achievement Award. His long-time partner, Neil Derrick, with whom he wrote several novels including the best-selling Village by "Bruce Elliot", died in 2018. He continues to live at the Westbeth artists housing project in New York City, where he is working on his Collected Poems.

Abstract:
Topics discussed: differences between the art of poetry on East and West Coasts of the US; Freudian/Reichian and Jungian approaches to sexuality and why gay men tried to "go straight"; The 1950s as an oppressive decade for gay people, many fired for being gay; The "New Criticism" of T.S. Eliot and Wallace Stevens; Writers' workshops for poets in Iowa and Stanford; James Broughton as lyric poet in Emily Dickinson tradition; Broughton as not a Beat, but a spiritual poet; Reads some Broughton poetry, especially love poems to Joel. 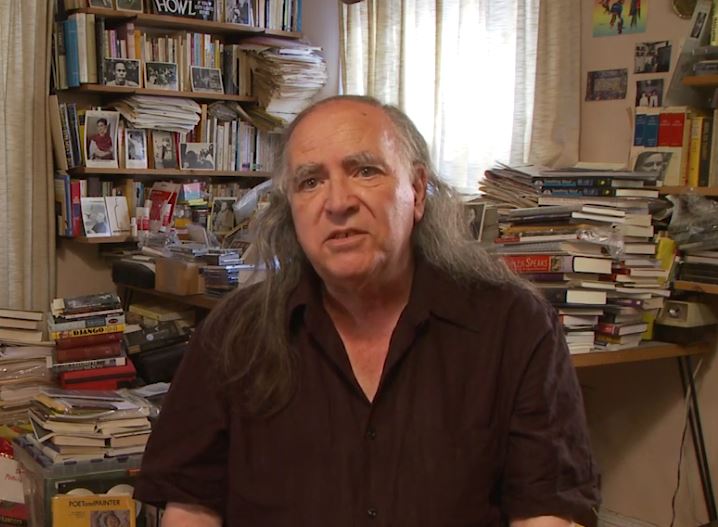 Biography:
Jack Foley has published 15 books of poetry, 5 books of criticism, a book of stories, and a two-volume, 3,000-page  “chronoencyclopedia,” Visions & Affiliations: California Poetry 1940-2005. He became well known through his multi-voiced performances with his late wife, Adelle, also a poet. Many of these are on YouTube. Since 1988 he has presented poetry on Berkeley, CA radio station KPFA. In 2010 he received a Lifetime Achievement Award from the Berkeley Poetry Festival, and June 5, 2010 was declared “Jack Foley Day” in Berkeley. In 2018 he became the recipient of the Albert Nelson Marquis Lifetime Achievement Award. His recent publications include EYES (selected poems); The Tiger & Other Tales, a book of stories; Riverrun, a book of experimental poetry; and Grief Songs, a book documenting his grief at the death of his wife. He currently performs poetry with his new life partner, Sangye Land.

Abstract:
Topics discussed: edited ALL: A James Broughton Reader, explains why & reads opening paragraph; Broughton as communal "outsider," advocate of laughter, poet, mystic; Advocate of Androgyne / a new kind of man, multiplicity of conflicting elements; Meeting James in San Francisco, watching Testament; Influence of Emerson and Emily Dickinson and Cole Porter; California flitting "Fairy" quality: "Follow your own weird"; Extent of darkness and suicidal tendencies even in "Big Joy" Broughton; Broughton wrote "This Wonder" for Jack; Jack wrote "Broughton Fountain" for him; James dressed elegantly, but it came from a thrift shop; Broughton's relationship with his mother, trying to turn him into still photograph; Before gay liberation, gays were seen as "failed men"; why Broughton married; Poetic origin myth: Broughton's relationship with his angel, Hermy; Broughton never sentimental, had beatific smile; Merging poetry and playwriting; "Godbody" is Androgyne; "The Bed" - The Garden of Eden in Marin County; Relationship with Pauline Kael; she liked "macho cinema," reflecting his mother; Broughton's films not acceptable to East Coast gays: too much dancing faerie energy.