On Display at Clarkston - Deep Archive: On Display -- April 2009

2nd Avenue Poets
https://web.archive.org/web/
20070726225405/
https://2ndavepoetry.com/
An ever growing e-book that features work by at least twenty contemporary poets along with intriguing photos and in a clean, print friendly format.
Source: Eileen H. Kramer

Academy of American Poets
Poets.org: Poems, Bios, & More
http://www.poets.org/
A site about how to read and write poetry. The site recommends books, offers a dictionary of poetics, lets users create their own poetry notebooks, and of course offers plenty of poetry by well known, living poets.
Source: Eileen H. Kramer

The Atlantic
http://www.theatlantic.com
A monthly magazine of ideas that also publishes one to three poems in each issue. To reach the poetry select the Current Issue or Back Issues under Magazine.
Source: Eileen H. Kramer

Gulf Coast Poets
Sol Magazine.
http://sol-magazine-projects.org/
Twin e-zines (The other is called Ampersand) that publish poetry along with some other creative writing in crisp looking .pdf format. This web site has not received an update in more than five years.
Source: Eileen H. Kramer

Harris, Jana
Switched On Gutenberg
http://www.switched-ongutenberg.org/
Poetry by contemporary poets, handsomely illustrated, and made accessible to whoever wishes to read it, is what this e-journal offers.
Source: Eileen H. Kramer

Reichhold, Jane
AHAPoetry.com
http://www.ahapoetry.com/
A site which celebrates the shorter forms of poetry, particularly haiku and tanka. The Seashell Game is an online poetry contest. This web site has not received an update since 2014.
Source: Eileen H. Kramer

Ygdrassil: A Magazine of the Poetic Arts.
http://www.synapse.
net/~kgerken/
Each issue features a contemporary poet and his/her works, which often include background essays and some creative prose.
Source: Eileen H. Kramer

This displays poetry: recently published poetry available in the library's collection, National Poetry Month, and how to find a poem in magazines and anthologies.

Cisneros, Sandra. Loose Woman: Poems. New York: Vintage Books, 1994.
Call Number: PS3553 .I78 L66 1995
Cisneros deftly explores the consequences of being Hispanic and a woman-in particular, being the tough, independent free-spirited "loose woman" of her title. The poems that result are brilliant and shimmering and sharp-tongued and just occasionally a little too similar.
Source: http://www.amazon.com

Dove, Rita. Grace Notes: Poems. New York: Norton, 1991.
Call Number: PS3554 .O884 G7 1991
With this her fourth book of poems, Rita Dove expands her role as a leading voice in contemporary American letters. The title of the collection serves as an umbrella for the intimate concerns expressed in the forty-eight poems; in music, grace notes are those added to the basic melody, the embellishments that—if played or sung at the right moment with just the right touch—can break your heart.
Source: http://www.amazon.com

Kumin, Maxine. The Long Marriage: Poems. New York: W.W. Norton, 2002.
Call Number: PS3521 .U638 L63 2002
This is the first book of poems to emerge after that accident in July 1998, and its contents display an even more developed richness of spirit than do previous works.
Source: http://www.amazon.com

Oliver, Mary New and Selected Poems. Boston: Beacon Press, 1992.
Call Number: PS3565 .L5 N47 1992
There is no complaint in Ms. Oliver's poetry, no whining, but neither is there the sense that life is in any way easy . . . These poems sustain us rather than divert us.
Source: http://www.amazon.com 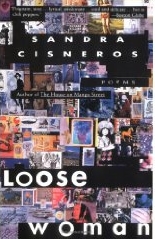 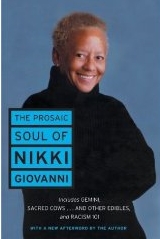 Plath, Sylvia. The Collected Poems. New York: Harper & Row, 1981.
Call Number: PS3566 .L27 A17 1981
Sylvia Plath died in 1963, and even now her outsize persona threatens to bury her poetry--the numerous biographies and studies often drawing the reader toward anecdote and away from the work. It's a relief to turn to the poems themselves and once more be jolted by their strange beauty, hard-wrought originality, and acetylene anger.
Source: http://www.amazon.com

Walker, Alice. Revolutionary Petunias & Other Poems. New York: Harcourt Brace Jovanovich, 1973.
Call Number: PS3573 .A425 R4
These poems are about revolutionaries and lovers-about how, both in revolution and in love, loss of trust and compassion robs us of hope.
Source: http://www.amazon.com 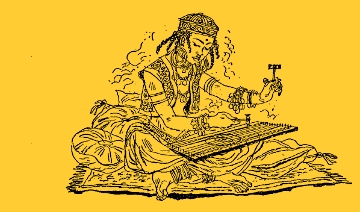 Chang, E. Editor. American Poetry: The Next Generation. Urbana, IL: University of Illinois Press, 2004.
Call Number: PS591 .A76 A83 2004
This exciting anthology of work by up-and-coming writers is the first to profile a new generation of Asian American poets.
Source: http://www.amazon.com

Conniff, Richard. The Devil's Book of Verse: Masters of the Poison Pen from Ancient Times to the Present Day. New York: Dodd and Mead, 1983.
Call Number: PN6110 .S27 D48 1983
A compilation of satire, humor, malediction and general whinging on just about any subject imaginable. Taunts and complaints can be extremely amusing.
Source: Eileen H. Kramer

Harmon, William. Editor. Top 500 Poems. New York: Columbia University Press, 1992.
Call Number: PR1175 .C4917 1992
A chronological compilation that tells "the story of poetry in English." Harmon enhances each entry with pertinent information about the work and the poet; his insight adds much to the enjoyment of the collection.
Source: http://www.amazon.com

Harrington, Mildred P. et. al. Our Holidays in Poetry. New York: H. W. Wilson, 1929.
Call Number: PN6111 .H4 H25
In our library work with chldren it has been difficult to find holiday poems, including more modern poems which both have literary merit and are easily comprehensible to chldren. This present volume, compiled from the series of holiday poetry booklets, is an attempt to meet this need.
Source: Harrington, Mildred P. "Preface."

Hodnett, Edward. Poems to Read Aloud. New York: Norton, 1967.
Call Number: PR1175 .H6 1967
You are not likely to find a way of spending your leisure that is so pleasant, so easy, so inexpensive, and so rewarding as reading poetry aloud. It is a pity it is not more widely enjoyed. Poems to Read Aloud aims to make that enjoyment more accessible, for as far as I can discover, this anthology is the first one specifically devoted to poems to be read aloud by the general reader.
Source: Hodnett, Edward. "To the Reader."

Lieberman, Elias. Editor. Poems for Enjoyment. New York: Harper & Brothers, 1931.
Call Number: PR1175 .L46
Poems for Enjoyment, as its name implies, treats poetry as a living art and not as a convenient object for literary dissection. The book is intended for those students in high school and in junior college who honestly aspire to discover for themselves the magic that lurks in poetry.
Source: Lieberman, Elias. "Foreward." 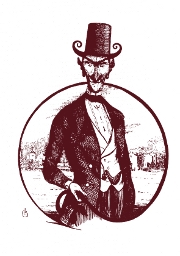 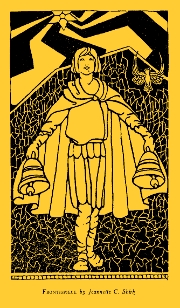 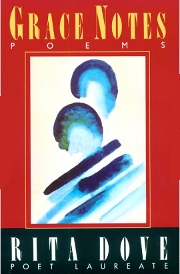 Morrison, James Dalton. Masterpieces of Religious Verse. New York: Haper, 1948.
Call Number: PN6110 R4 M6
A large selection of inspirational, religious, and patriotic poetry. Most of the poems are reasonably short, and although there is Christian poetry, many of the themes are universal such as war, peace, friendship, forgiveness, and repentance.
Source: Eileen H. Kramer

Nims, John Frederick. Editor. The Harper Anthology of Poetry. New York: Harper & Row, 1981.
Call Number: PR1175 .H298 1981
A rich and varied sampling of great poetry from ancient and/or medieval times to the the 1970's. There are short analyses in the back of the book and the anthology arranges poems chronologically.
Source: Eileen H. Kramer