On Display at Clarkston - Deep Archive: On Display -- November 2009

Brewer, Sonny.
Sonny Brewer: Welcome to the Author's Web Page
http://www.overthetransom.com
Sonny Brewer is a writer and editor, and founder of Over the Transom Bookstore in Fairhope, Alabama.
Source: http://tolstoypark.googlepages.
com/home

Sanderson, Brandon.
BrandonSanderson.com
http://www.brandonsanderson.com/
This site offers news on the author's apperance, the author's blog, and large excerpts, annotations, and even deleted scenes from many of his works.
Source: Eileen H. Kramer

Smith, Lee.
Lee Smith: The Official Author Website
http://www.leesmith.com/
Lee Smith is the author of eleven novels, including Oral History, Saving Grace, The Devil's Dream, and Fair and Tender Ladies, plus three collections of short stories. Her novel The Last Girls was a New York Times bestseller as well as a winner of the Southern Book Critics Circle Award.
Source: http://www.leesmith.com 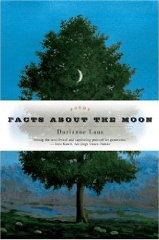 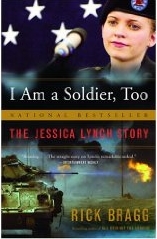 About.com.
About.com Business and Finance
https://www.thebalance.com
A portal to nearly any business or personal finance topic imaginable. About.com assigns each subject area to a Guide. You can find the Guide's first and last names and credentials by clicking on a link near the bottom of the page.
Source: Eileen H. Kramer

Yahoo.com.
Yahoo Personal Finance
http://finance.yahoo.com/
personal-finance
This site is a gateway to personal finance information on everything from saving on a grocery bill, to home finance, to investing, and more. The articles are mixed with sponsored links, so be careful. A gray side menu leads to additional articles.
Source: Eileen H. Kramer 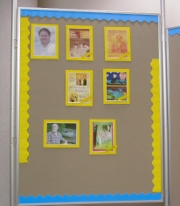 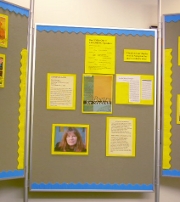 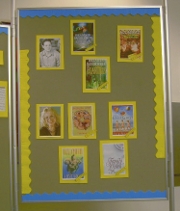 This double display features the works of authors appearing as speakers at Georgia Perimeter College (now Perimeter College at Georgia State University) this fall, and also a collection of handy books and web sites on how to manage finances, pay down debt, and live well for less.

Bragg, Rick. All Over but the Shoutin'. New York: Pantheon Books, 1997.
Call Number: PN4874.B6625 A3 1997
His memoir of a hardscrabble Southern youth pays moving tribute to his indomitable mother and struggles to forgive his drunken father.
Source: http://www.amazon.com

Bragg, Rick. Ava's Man. New York: Alfred A. Knopf, 2001.
Call Number: CT275.B78516 B73 2001
The author continues his personal history of the Deep South with an evocation of his mother’s childhood in the Appalachian foothills during the Great Depression and the inspiring story of the man who raised her.
Source: http://gilfind.gsu.edu

Bragg, Rick. I am a Soldier too: The Jessica Lynch Story. New York: Alfred A. Knopf, 2003.
Call Number: DS79.76 .B73 2003
Prize-winning journalist Rick Bragg's portrayal is an ordinary young woman caught up in an extraordinary series of events.
Source: http://www.amazon.com

Bragg, Rick. The Prince of Frogtown. New York: Alfred A. Knopf, 2008.
Call Number: CT275.B5946 A3 2008
The author details his quest to uncover the truth about the father he had never known and his unseen influence on his life and the choices he has made, inspired by his own relationship with his ten-year-old stepson.
Source: http://gilfind.gsu.edu

Brewer, Sonny. The Poet of Tolstoy Park. New York: Ballantine Books, 2006.
Call Number: PS3602.R48 P64 2006
The Poet of Tolstoy Park is the novel based on the true story of Henry Stuart's life, which was reclaimed from his doctor's announcement that he would not live another year.
Source: http://www.overthetransom.com

Sanderson, Brandon. Alcatraz Versus the Evil Librarians. New York: Scholastic Press, 2007.
Call Number: PZ7 .S19797 Alc.2007.
On his thirteenth birthday, foster child Alcatraz Smedry receives a bag of sand which is immediately stolen by the evil Librarians who are trying to take over the world, and Alcatraz is introduced to his grandfather and his own special talent, and told that he must use it to save civilization.
Source: http://www.worldcat.org

Sanderson, Brandon. Elantris. New York: Tor, 2005.
Call Number: PS3619.A533 E43 2005
Elantris: gigantic, beautiful, literally radiant, filled with benevolent beings who used their powerful magical abilities to benefit all the people of Arelon. Yet each of these godlike beings had been an ordinary person until touched by the mysterious transforming power of the Shaod. Then, ten years ago, without warning, the magic failed.
Source: http://www.worldcat.org 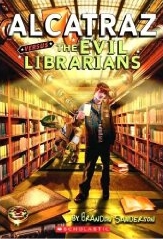 Sanderson, Brandon. Warbreaker. New York: Tor, 2009.
Call Number: PS3619.A533 W37 2009
By using "breath" and drawing upon the color in everyday objects, all manner of miracles and mischief can be accomplished. It will take considerable quantities of each to resolve all the challenges facing Vivenna and Siri, princesses of Idris; Susebron the God King; Lightsong, reluctant god of bravery, and mysterious Vasher, the Warbreaker.
Source: http://gilfind.gsu.edu

Smith, Lee. The Christmas Letters: A Novella. Chapel Hill, NC: Algonquin Books, 1996.
Call Number: PS3569.M5376 C48 1996
It's easier to believe in Santa Claus than in the premise of Smith's holiday novella. Employing the epistolary form that she used much more successfully in Fair and Tender Ladies, Smith provides a series of letters among three generations of women, aiming to create a record of a family's joys and tragedies, as well as a slice of social history from 1944 to 1996.
Source: http://www.amazon.com

Smith, Lee. Family Linen. New York: Putnam's, 1985.
Call Number: PS3569.M5376
A childhood memory re-experienced, a funeral that brings about a family reunion, and the excavation of a swimming pool on the site of an old well, uncover family secrets and air the dirty linen in this behind-the-scenes look at life and family, memory and forgetfulness, anger and forgiveness in a small Southern town.
Source: http://www.amazon.com

Smith, Lee. The Last Girls: A Novel. Chapel Hill, NC: Algonquin Books, 2002.
Call Number: PS3569.M5376 L38 2002
Thirty-five years after a trip down the Mississippi on a raft with their classmates, four women are reunited to cruise the river once again where they plan to release the ashes of a fellow rafter, Margaret "Baby" Ballou.
Source: http://gilfind.gsu.edu 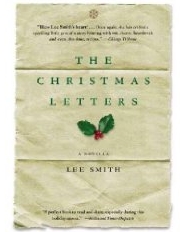 Ash, Rebecca. The Spend Less Handbook: 365 Tips for a Better Quality of Life While Actually Spending Less. Hoboken, NJ: Wiley, 2008.
Call Number: HG179 .A84 2008
Turn your fortunes around with a year's worth of money-saving, life-improving tips!
Source: http://www.amazon.com

Block, Sandra, Kathy Chu, and John Waggoner. The Busy Family's Guide to Money. Berkeley, CA: Nolo, 2008.
Call Number: HG179 .B5547 2008
Contrary to what some popular money books would have you believe, we Americans are not idiots, we're not stupid - we're just BUSY! The Busy Family's Guide to Money dispenses with the disclaimers and digressions to offer stripped-down straight talk for people on the go. No time to read a money book? This one's for you.
Source: http://www.amazon.com

Bodnar, Janet. Raising Money Smart Kids: What They need to Know About Money -- And how to Tell Them. Chicago: Dearborn Trade Pub., 2005.
Call Number: HG179 .B5669 2005
Offers practical and down-to-earth advice for parents trying to teach a sense of the value of money to their children.
Source: http://gilfind.gsu.edu

Bridgforth, Glinda. Girl, Get Your Credit Straight!: A Sister's Guide to Ditching Your Debt, Mending Your Credit, and Building a Strong Financial Future. New York: Broadway Books, 2007.
Call Number: HG179 .B72753 2007b
Recalling her own early financial woes, living from paycheck to paycheck and well beyond her means, Bridgforth speaks from experience as a tapped-out consumer and as a financial advisor. Focusing on the types of behaviors and emotions that often fuel overspending and the bad credit that results, she advises readers to consider how and why they spend.
Source: http://www.amazon.com

Brown, Jesse B. 101 Real Money Questions: The African American Financial Question and Answer Book. New York: Wiley, 2003.
Call Number: HG179 .B74645 2003
Answers financial questions most frequently posed to the author in his financial seminars, including those related to eliminating debt, saving for a child’s college education, and preparing a will.
Source: http://gilfind.gsu.edu

Herigstad, Sally. Help! I Can't Pay my Bills: Surviving a Financial Crisis. New York: St. Martin's Press, 2007.
Call Number: HG179 .H447 2007
In this age of skyrocketing personal debt, more and more Americans find themselves facing a financial crisis. CPA Sally Herigstad provides the strategies you need to take charge of your financial problems and get back on your feet.
Source: http://www.powells.com

Pond, Jonathan, D. Grow Your Money!: 101 Easy Tips to Plan, Save, and Invest. New York: Collins, 2008.
Call Number: HG179 .P555574 2008
Outlines accessible strategies for real-world investment goals, from paying down a mortgage and financing a college education to preparing for retirement and saving for present-day needs, in a resource for reluctant investors.
Source: http://gilfind.gsu.edu

Ragolia, Stacia Ed. The Frugal Woman's Guide to a Rich Life. Nashville, TN: Rutledge Hill Press, 2003.
Call Number: HG179 .F78 2003
The Frugal Woman is not cheap. She's a cost-conscious, savvy consumer who avoids wasting her time, her money, and her energy on things she does not need. She's organized about her money management, spending, and household planning. She makes decisions based on her own needs and values. She's in control of her life.
Source: http://www.amazon.com

Thakor, Manisha and Sharon Kedar. On my Own Two Feet: A Modern Girl's Guide to Personal Finance. Avon, MA: Adams Media, 2007.
Call Number: HG179 .T44 2007
You can either manage your financial life, or let it manage - and torture - you. Financial service professionals and CFAs Thakor and Kedar recommend the former and show you how to achieve it.
http://www.amazon.com

Tyson, Eric Kevin. Let's Get Real About Money: Profit from the Habits of the Best Personal Finance Managers. Indianapolis, IN: Financial Times, 2008.
Call Number: HG179 .T966 2008
The book’s gem is a personal financial action plan that allows easy assessment of current assets and retirement goals…This book demystifies the many obstacles--from the logistical to the conceptual--to smart financial planning.
Source: http://www.amazon.com