On Display at Clarkston - Deep Archive: On Display -- March 2009

Centre for Research in Early English Drama
REED Shakespeare.
http://reed.utoronto.ca/
links-for-new-researchers/
Features an annotated list of links to works by about early modern English drama (including Shakespeare) as well as essays and critiques of those works, and biographical information about the Bard.
Source: Eileen H. Kramer

Gray, Terry A
Mr. William Shakespeare on the Internet.
https://web.archive.org/web/
20060114114229
/http://shakespeare.palomar.edu/
An annotated guide to the scholarly Shakespeare resources available on the Internet. Admittedly, some of the resources are not so scholarly, but that's as may be. Usefulness to students (in the broadest sense) is most often the guiding principle.
Source: http://shakespeare
palomar.edu/

Internet Public Library.
Shakespeare Bookshelf.
https://web.archive.org/web/
20070713124638/
http://www.ipl.org/div/shakespeare/shakespeare.html
Full texts of nearly all Shakespeare's works arranged as links on a visually appealing, image map, book shelf. Texts are from the 1914 edition of The Oxford Shakespeare. Note: this is an archived page, so some of the links may not work.
Source: Eileen H. Kramer

Curlie.org
Shakespeare
-- Authorship.
http://www.curlie.org
/Arts/Literature/
World_Literature/
British/Shakespeare
/Authorship/
Listings of sites that dispute whether William Shakespeare is the author of his sonnets and plays. Note: this is a controversial area within the humanities.
Source: Eileen H. Kramer

NCAA Division I Men's Bracket
http://www.ncaa.com/
brackets/basketball
/men/
This is the official NCAA men's basketball bracket. Follow the winners and losers as the field narrows from sixty-five [now sixty-eight] to the final four. Note: this is the bracket for the current year which may or may not be available.
Source: Eileen H. Kramer 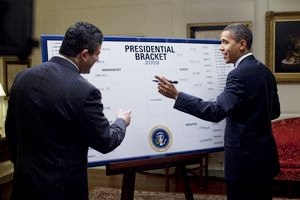 President Barack Obama Fills out NCAA Tournament Bracket
http://sports.espn.go.com/
ncb/ncaatourney09/
news/story?id=3991183
After telling ESPN.com's Andy Katz in October that he would fill out an NCAA tournament bracket if he were elected, the president did just that.
Source: http://sports.espn.go.com/
ncb/ncaatourney09/
news/story?id=3991183 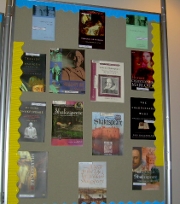 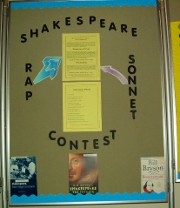 This display celebates the life, works, artistry of a writer whom many simply call the Bard. The display includes books of Shakespeare's plays, Shakespeare biographies, and of course critical reviews. There are also Shakespeare web sites with links to yet more sites too.

Ackroyd, Peter. Shakespeare: The Biography. New York: Nan A. Telese, 2005.
PR2894 .A26 2005
Sheds new light on the life of the great Elizabethan playwright and poet, reassessing Shakespeare’s work within the context of sixteenth-century London and Stratford-upon-Avon, as well as his lasting legacy for world literature.
Source: http://gilfind.gsu.edu

Bloom, Harold and Pamela Loos. Editors. Julius Caesar. New York: Bloom's Literary Criticism, 2008.
PR2808 .J84 2008
Set in the tumultuous days of ancient Rome, this play is renowned for its memorable characters and political intrigue, and it has been captivating audiences and readers since it was first presented more than 400 years ago.
Source: http://www.amazon.com
/Julius-Caesar-Blooms-
Shakespeare-Through/dp
/0791098400/ref=sr_1_1?ie
=UTF8&s=books&qid
=1236633479&sr=1-1

Bryson, Bill. Shakespeare: The World as Stage. New York: Atlas Books, 2007.
PR2895 .B79 2007
A portrait of the Bard is presented in the style of a travelogue based on interviews with actors, the curator of Shakespeare’s birthplace, and academics, in an account that also shares the author’s recollections of his own adventures in Stratford-upon-Avon.
Source: http://gilfind.gsu.edu

Editors of Horizon Magazine. Shakespeare's England. New York: American Heritage Pub. Co., 1964.
PR2910 .H65
Shakespeare is the most autobiographical of all Elizabethan dramatists. If his soul is in his Sonnets, his background and the world in which he lived permeate all he wrote.
Source: "Introduction."

Garber, Marjorie B. Shakespeare After All. New York: Pantheon Books, 2004.
PR2976 .G368 2004
Presents an introduction to Shakespeare’s life and times through an extended commentary and presentation of his plays in chronological order.
Source: http://gilfind.gsu.edu

Hatchuel, Sarah. Shakespeare: From Stage to Screen. New York: Cambridge University Press, 2004.
PR3093 .H37 2004
How is a Shakespearean play transformed when it is directed for the screen? Sarah Hatchuel uses literary criticism, narratology, performance history, psychoanalysis and semiotics to analyse how the plays are fundamentally altered in their screen versions.
Source: http://www.cambridge.org
/catalogue/catalogue.asp?
isbn=9780521078986

Honan, Park. Christopher Marlowe: Poet & Spy. New York: Oxford University Press, 2005.
PR2673 .H57 2005
Christopher Marlowe's life was the most spectacular of any English dramatist. One of the great playwrights of his age, second only to Shakespeare, he was also a secret agent as well as the central figure in a murder mystery. Now, Park Honan offers the most thoroughly researched and detailed biography of Marlowe to appear in over fifty years.
Source: http://gilfind.gsu.edu 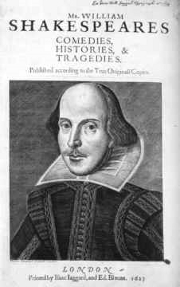 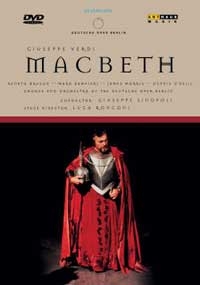 Lukeman, Noah. The Tragedy of Macbeth. Part II, the Seed of Banquo. New York: Pegasus Books, 2008.
PR2878 .M3 .L85 2008
True to the Shakespearean model, its devious plot unfolding in five acts and its speech set to the measure of blank verse, The Tragedy of Macbeth Part II draws bold the tragedy of a powerful man undone by the terrors he imagines and the truths he fails to see.
Source: http://www.amazon.com
/Tragedy-Macbeth-Part-I
I-Banquo/dp/1605980110

Lynch, John T. Becoming Shakespeare: The Unlikely Afterlife that Turned a Provincial Playwright into the Bard. New York: Walker, 2007.
PR1965 .L96 2007
It's easy to assume that William Shakespeare has always held his position at the top of the literary canon. But the truth is not that simple, as Lynch, a professor of English at Rutgers and longtime student of literary history, demonstrates. He ably chronicles how "in three hundred years, William Shakespeare the talented playwright and theatre shareholder had become Shakespeare the transcendent demigod," against whom no slight of literary criticism was too small not to be deemed heresy.
Source: http://www.amazon.com
/Becoming-Shakespeare-
Afterlife-Provincial-Playwright
/dp/0802716784/ref=sr_1_1?
ie=UTF8&s=books&qid
=1236633274&sr=1-1

Nuttall, Anthony D. Shakespeare the Thinker. New Haven, CT: Yale University Press, 2007.
PR3000 .N88 2007
Offers a critical analysis of the themes, ideas, and preoccupations exemplified in the body of Shakespeare’s work, including the nature of motive, cause, personal identity and relation, the status of imagination, ethics and subjectivity, and language andits capacity to communicate.
Source: http://gilfind.gsu.edu 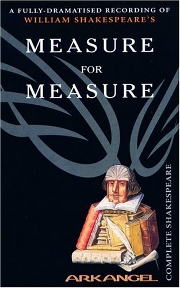 Rackin, Phyllis. Shakespeare and Women New York: Oxford University Press, 2005.
PR2991 .R33 2005
In focusing on the question of Shakespeare and women in the twenty-first century, Phyllis Rackin has renewed a sense of the feminist agenda within the field of Shakespeare studies.
Source: http://www.amazon.com
/Shakespeare-Women-
Oxford-Topics/
dp/0198186940

Rowse, Alfred L. and John Hedgecoe. Shakespeare's Land: A Journey Through the Landscape of Elizabethan England. San Francisco: Chronicle Books, 1987.
PR2915 .R68 1987
The purpose of this book is not to challenge the debatable points of Shakespeare's biolgraphy or to probe his literary repuatation. It is, rather, to present the playwright as a man of his day against the colorful tapestry of his England, the kingdom under Elizabeth I and James I.
Source: "Foreword." 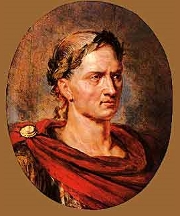 Shakespeare, William. Julius Caesar. Hoboken, NJ: Wiley Pub., 2006.
PR2808 .A2 .S51 2006
Shakespeare on the Double! Julius Caesar provides the full text of the Bard's play side by side with an easy-to-read modern English translation that you can understand.
Source: "Introduction"

Shapiro, James S. A Year in the Life of William Shakespeare, 1599. New York: HarperCollins Publishers, 2005.
PR2907 .S47 2005
A portrait of a year in the life of the bard traces his career in 1599, which marked the building of the Globe Theater, the English invasion of Ireland, and the creation of the plays Henry V,Julius Caesar, As You Like It, and Hamlet.
Source: http://gilfind.gsu.edu

Williams, John Costumes and Settings for Shakespeare's Plays. Totoaw, NJ: Barnes & Noble Books, 1982.
PR3091 .W48 1982
Successful and valid ways of producing Shakespeare seem to be almost equally numerous: historically acurate reproductions of sixteenth-century theatre; equally acurate reproductions of the period in which a given play is set; productions in nineteenth-century decor, in modern dress, in settings nd costumes deliberately remote from any known historical period, and in pvc -- all of these have appeared in recent years, and every type has pleased at least some audiences and ilumintaed some aspect of Shakespeare's work.
Source: "What This Book is About." 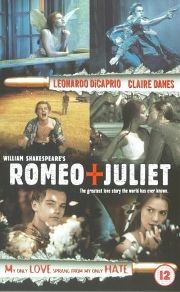 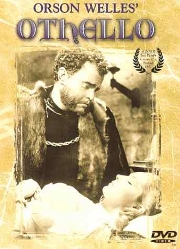