On Display at Clarkston - Deep Archive: 2009

Dove, Rita.
Major Steps: A Memoir by Rita Dove
http://people.virginia.edu/
~rfd4b/SUMMER%20
OF%2068.htm
Rita Dove tells the poignant of her struggle to become a majorette in the summer of 1968.
Source: Eileen H. Kramer

Library of Congress
Rita Dove
http://www.loc.gov
/rr/program/
bib/dove/
Dove served two terms as poet laureate, finishing her duties in spring 1999. This guide compiles links to resources on Rita Dove throughout the Library of Congress Web site, as well as links to external Web sites that include features on her life or selections of her work.
Source: http://www.loc.gov
/rr/program/
bib/dove/

University of Virginia
Rita Dove Home Page
http://people.virginia.edu/
~rfd4b/
Gives a brief biography of Ms. Dove along with a detailed listing of her awards and achievements and a thorough listing of links to sites about her.
Source: Eileen H. Kramer 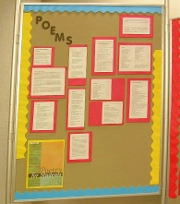 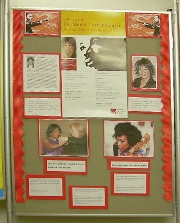 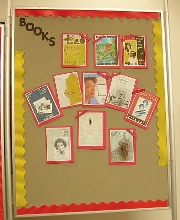 Dove, Rita. Grace Notes: Poems. New York: Norton, 1991.
Call Number: PS3554.O884 G7 1991
Synopsis: With this her fourth book of poems, Rita Dove expands her role as a leading voice in contemporary American letters. The title of the collection serves as an umbrella for the intimate concerns expressed in the forty-eight poems; in music, grace notes are those added to the basic melody, the embellishments that—if played or sung at the right moment with just the right touch—can break your heart.
Source: http://www.amazon.com

Dove, Rita. Through the Ivory Gate: A Novel. New York: Pantheon Books, 1992.
Call Number: PS3554.O884 T48 1992
Synopsis: A debut novel by the 1987 winner of the Pulitzer Prize for poetry. When a woman returns to her Midwestern hometown as an artist-in-residence to teach puppetry to schoolchildren, her homecoming also means dealing with memories of racism, rejected love--and truths about her family.
Source: http://www.amazon.com 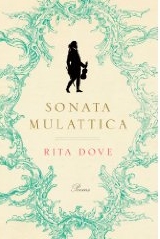 Books NOT Available at Perimeter College at Georgia State University

Dove, Rita. Thomas and Beulah: Poems. Pittsburgh, PA: Carnegie-Mellon University Press, 1986.
Synopsis: The poems in this unusual book tell a story, forming a narrative almost like a realistic novel. Read in sequence as intended, they tell of the lives of a married black couple (not unlike Dove's own grandparents) from the early part of the century until their deaths in the 1960s, a period that spans the great migration of blacks from rural south to urban north.
Source: http://www.amazon.com

Dove, Rita. The Yellow House on the Corner: Poems. Pittsburgh, PA: Carnegie-Mellon University Press, 1989.
Synopsis: The poems of Dove's The Yellow House on the Corner, published by Carnegie Mellon in 1980, establish her Akron, Ohio, landscape in the heart of the industrial Midwest as she portrays the old neighborhood scenes and her own emerging sense of self.
Source: Literature Resource Center. GALILEO 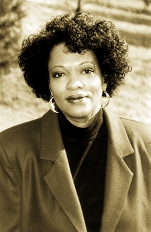 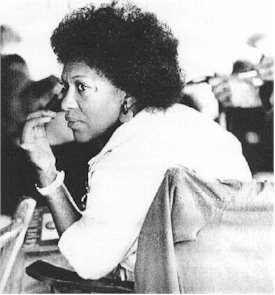 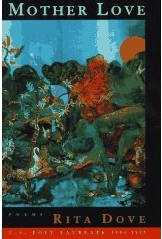 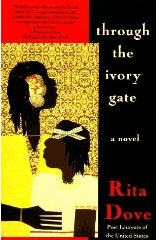