On Display at Clarkston - Deep Archive: On Display -- March 2008

Academic Search Complete
Offers articles on a variety of subjects, including all facets of sports and athletics. Articles come from both magazines and scholarly journals. Requires the GALILEO password for off-campus access.
http://www.galileo.usg.edu/
express?link=zbac&rkey
=alphalist

Nexis Uni
Features newspaper and some magazine articles from all over the world. Covers all aspects of sports and often is the best source for a particular team due to newspapers' local flavor. Requires the GALILEO password for off-campus access.
http://www.galileo.usg.edu/
express?link=zxau&rkey
=alphalist

BBC News – Health – Medical Notes – Doping in Sport
A web site that goes over the basics of performance enhancing drugs used by athletes. Terminology and spelling on the site is British rather than American. Also the information is several years old and may not be entirely current.
http://news.bbc.co.uk/2/
hi/health/
medical_notes/3559882.stm

CBC Online – Drugs and Sport
The site offers current stories, historical background, and even a dictionary on illegal substances used to boost athletic performance. This site is up-to-date but may use British terminology because it is Canadian.
http://www.cbc.ca
/sports/indepth/drugs/

ESPN.com – Readers’ List – Worst Sports Scandals
Nothing's better than a good scandal to get sports fans fired up. So after we offered our choices for the 10 worst sports scandals of all-time, we asked you to send us your suggestions. Page 2 readers responded with nearly 400 e-mails, and below are the top 10 choices.
http://espn.go.com/page2
/s/readers/
worstscandals.html
Source: http://espn.go.com/page2
/s/readers/
worstscandals.html

Life and Fandom After Disgrace

FloydLandis.com
There is life after scandal. There are other sporting events, and a disgraced athlete and his/her fans can have their voices heard in their own corner of the net. So it is with this web site which is presents a current and detailed update on disgraced Tour de Fance "winner," Floyd Landis, along with updates on his current activities, and yes, he is still racing.
http://www.floydlandis.com/blog/

Pete Rose.com
"While I am so fortunate to have numerous opportunities to communicate with many of my wonderful fans, I begrudgingly do not have any positive new updates as it relates to my quest for official re-instatement back into Major League Baseball. Nevertheless, I remain upbeat and continue to find ways in which we can stay in touch, whether it is through corporate appearances, my Las Vegas project or my website." – Pete Rose.
http://www.peterose.com
Source: http://www.peterose.com

Tonya Harding on the World Wide Web
The girl that made Figure Skating the runner-up to pro football in American television ratings. Banned for life by the USFSA, this pool playing, cigarette smoking, truck driving bad girl of figure skating continues to fascinate the skating world and has now become a professional boxer.
Note: This is a personal fan site whose owner does not give his last name, but the links on it are complete, current, and well maintained.
http://www.charliesweb.com
/tonya/tonya.html
Source: http://www.charliesweb.com
/tonya/tonya.html 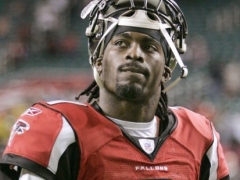 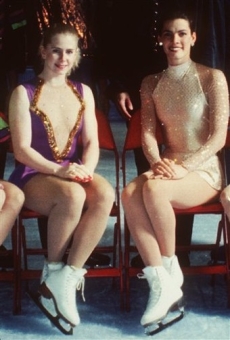 Click on the thumbnail images to see larger versions. Images display in a new window.

Hall of Shame -- Athletes at Their Worst

Athletes are supposed to be role models or at least stay out of trouble. Some of them, however, break the rules of fair play and/or the laws of the land. This display takes a look at these fallen sports superstars, whose crimes range from lying to Congress and taking steroids to assault and rape, through books, articles retrieved from Academic Search Complete and Nexis Uni, and web sites.

Fainaru-Wada, Mark. Game of Shadows: Barry Bonds, BALCO, and the Steroids Scandal that Rocked Professional Sports. New York: Gotham Books, 2006.
Call #: RC1230 F35 2006
Review: Chronciles the 2004 federal investigation that led to the exposure of peformance enhancing drug use by some of the nation’s most famous baseball athletes.
Source: http://gilfind.gsu.edu

McCloskey, John. When Winning Costs too Much: Steroids, Supplements, and Scandal in Today’s Sports. Landham, MD: Taylor Trade Pub., 2005.
Call #: RC1230 M38 2005
Examines the growing problem of performance-enhancing drug use among athletes, looks at the dangers of these drugs, and urges parents, coaches, and administrators to encourage drug-free performance in young athletes.
Source: http://gilfind.gsu.edu

Miklasz, Bernie et. al. Celebrating 70: Mark McGwire’s Historic Season. St. Louis, MO: Sporting New, 1998.
Call #: GV865.M387 C45 1998
The venerable Sporting News, located in St. Louis, was around and flourishing when the Babe set the mark of 60 in 1927, and when Roger Maris broke it with 61 in 1961. It saved the real celebration, though, for its hometown hero: Mark McGwire is virtually coronated in this smart, photo-rich, comprehensive veneration of his record-breaking season compiled under the Sporting News aegis.
Source: http://www.amazon.com/Celebrating-70
-Mcgwires-Historic-Season/dp/0892046228

Pound, Richard W. Inside the Olmpics: A Behind-the-Scenes Look at the Politics, the Scandals, and the Glory of the Games. New York:Wiley, 2004.
Call #: GV721.5 P69 2004
"Pound takes us through the Olympic landscape with insight and opinion and on one of the biggest problems we all face: drugs in sport, he has always stood shoulder to shoulder with the good guys." —Sebastian Coe, OBE, double Olympic Gold 1500-meter champion
Source: http://www.amazon.com/Inside-
Olympics-Behind-Scenes-Politics/
dp/0470834544 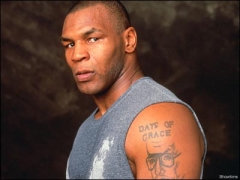 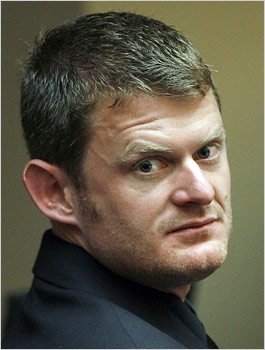 Chass, Murray. "Clemens Pays Price for Reputation That is Soiled." New York Times 17 February 2008. Sec. Sp: 2. Nexis Uni. Georgia Perimeter College Lib., Clarkston, GA. 28 Februrary 2008.
What did Roger clemens know, and when did he know it? To hear Clemens at last week’s hearing before the House oversight committee, he never knew anything. No one told him he was facing allegations that he had used performance enhancing substances, not his long-time agent and lawyer, not the players association, not the commissioner, not George J. Mitchell. Is that any way for a titan of the sport to be treated?
Source: Chass, Murray -- The article.

Kindred, Dave. "From Capitol Hill to Cooperstown." Sporting News 18, August 2006: 60. Academic Search Complete. EBSCOHost. Georgia Perimeter College Lib., Clarkston, GA. 28 February 2008 <http://www.ebscohost.com>.
Over the next year and more, then it would have been clear to everyone, even sportswriters, that the juice didn’t run only in the veins of homerun hitters with Popeye forearms. Nor was it only in hitters at all, for a scorecard would show that for every position player was using performance enhancing drugs was an offsetting pitcher.
Source: Kindred, Dave -- the article.

Rosenthal, Ken. "It’s too Early to Judge the Juice Era Stars." Sporting News 3 March 2006: 38. Academic Search Complete. EBSCOHost. Georgia Perimeter College Lib., Clarkston, GA. 28 February 2008 <http://www.ebscohost.com>.
The article shares the author's views on baseball player Sammy Sosa and others who played in an era which was dominated by the use of steroids by players. Much as it might disappoint a society that craves instant analysis, it's too early to determine Sosa's legacy.
Source: http://www.ebscohost.com

"Tonya Harding Asks Too Much in Asking to Stay on U. S. Team Copverup Role in Kerrigan Assault Disqualifies Her." Buffalo News 29 January 1994. Sec. Editorial: 2. Nexis Uni Georgia Perimeter College Lib., Clarkston, GA. 28 Februrary 2008.
Tonya Harding has demonstrated she is not a worthy representative of this country in the Winter Olympics in Lillehamme, Norway, next month. If she does not voluntarily withdraw, she should be replaced on the U. S. figure-skating team.
Source: "Tonya Harding Asks Too Much" -- the article.

Waxman, Shari. "When Heroes Go Bad." Columbia Journalism Review 42.6(2004): 61-62. Nexis Uni. Georgia Perimeter College Lib., Clarkston, GA. 28 February 2008.
Tyson may not be the typical sports star but these Jekyll and Hyde renditions tell us something about our confusion over how to handle heroes when they go bad…
Source: Waxman, Shari -- the article. 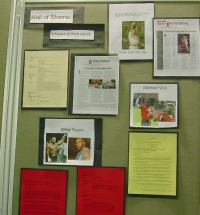 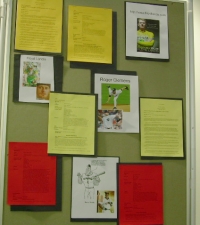 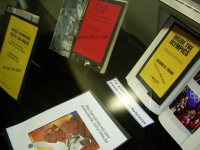