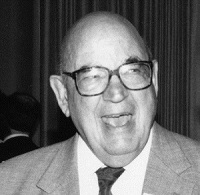 Biographical Information:
Morgan Stanford was born June 2, 1918 in Atlanta, Georgia.  He graduated from Clemson University in 1941.  After military service in World War II he attended the University of Georgia Law School.  Stanford became an attorney for the National Labor Relations Board in 1948 and remained there until 1953.

Abstract:
Stanford discusses his family background, the death of his father in 1923, and his widowed mother raising three children during the Great Depression.  He talks about his military service—the West Indies, Antigua, the British West Indies, and being wounded outside of Luxembourg.  He also discusses the cases he argued while in the employment of the National Labor Relations Board (NLRB), especially the Hapt Brothers’ strike and court case, and the Stilley Plywood Company case.  Stanford said he went to work in labor law because, “…I thought it was good purpose.  I had sympathy with the working people, and sympathy with the labor movement, which is the best way to help working people in our so-called…free enterprise economy.”   He mentions the Great Depression, then talks about leaving the NLRB and his experiences as a lawyer, usually labor issues, in Atlanta in cases such as strikes and arbitration for the United Packinghouse Workers, the Atlanta Federation of Musicians, and Monroe Auto Equipment.  He also speaks of the attempts at organizing by United Auto Workers, and the Communication Workers of America 1972 Southern Bell Strike.  Stanford discusses the Southwire Company, including its owner Roy Richards, various attempts at organizing the company, and anti-union propaganda.  He says the Unitarian Universalist Church of Atlanta was the first to be racially integrated in the city and that his involvement in integration ended his career as City Attorney.  Stanford also talks about Georgia political figures, the Civil Rights Movement, and the general lack of involvement of clergy in unions. 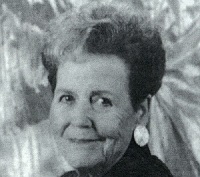 After high school she attended Creighton Business College.  She joined the Office and Professional Employees International Union (OPEIU) in 1954.  Stanley was elected Secretary of her Local in 1956 or 1957 and held offices until 1989.  She was re-elected for Presidency of the OPEIU Local 21 for seventeen terms.

In 1956 she became Coordinator for the Sheet Metal Apprenticeship Committee, which continued until 1969 when she was given the Office Manager’s position at the Sheet Metal Workers’ Local #85.  She remained in the position until her retirement in 1989.

Abstract:
Stanley talks about her family background in unions, her own jobs in various union offices, and southern views on unions during the 1950s.  She discusses what belonging to a union meant; it protected workers whose bosses were officers of other unions, saying “most officers of local unions felt like that their office staff did not need a union.  They were the best bosses in the world…”  As Coordinator for the Sheet Metal Worker Apprenticeship Committee, she believes she was integral to the proper training of sheet metal journeymen and says it was difficult for women and African Americans to find sheet metal work.  She says her union work contributed to her involvement in women’s rights and that when women had trouble in the Sheet Metal Workers, “I’d always shame them, I’d always shame the men, you know.”  She was criticized for her support of the Equal Rights Amendment (ERA) and the Coalition of Labor Union Women (CLUW).  Stanley also talks about union classes on organizing and serving officers at the Southern School For Labor Women, her retirement, and the Cobb County Democratic Women’s Association.