Harry Bexley was born in his family homestead of Bexley, Georgia, in 1922. He grew up in Coweta County and graduated from Starr High School1941. While attending the Woodrow Wilson College of Law, he joined the International Brotherhood of Electrical Workers, Local 613 (Atlanta, GA), and went on to serve as business manager for many years.

Bexley talks briefly about his family background and years before attending Law School and joining the International Brotherhood of Electrical Workers. He discusses in detail obtaining the land for the IBEW Local 613 building and the IBEW Auditorium (named after Bexley). Bexley also talks about developing a pension plan for the IBEW and for the National Electrical Contractors Association, implementing reciprocity for traveling electrical workers, and the beginnings of the IBEW Local 613 apprenticeship hall. A large portion of the interview also covers his role as a labor official in the Georgia labor movement and his dealings with Georgia politicians, judges and governors, including Richard Russell, Carl Sanders, Lester Maddox, Jimmy Carter, Zell Miller, Roy Barnes and William B. Hartsfield. 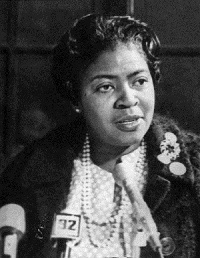 Biographical Information:
Dorothy Bolden was born during the 1920s in Vine City, Georgia. She attended Washington High School through the eleventh grade. Bolden served as an Atlanta domestic worker for 41 years. She became politically active in the 1960s, and founded the National Domestic Workers Union in 1968. She also served as vice-president of the Black Women Coalition of Atlanta, and worked for both the State and National Departments of Labor.

Abstract:
Bolden discusses her background—childhood in the African American community in Atlanta during the Great Depression, her faith, marriage, and children. She also talks about the effects of World War II on her family—loss of all male relatives. She discusses racial violence during the 1950s and 1960s. Regarding inter-racial episodes Bolden states, “They [whites] did some awful things to you, you know, to make you want to fight them.” An important aspect of Bolden’s life is her involvement in the civil rights movement—Student Non-violent Coordinating Committee (SNCC), Dr. Martin Luther King, Jr., the Ku Klux Klan, and Women’s rights. She also had a leading role in organizing domestic workers c.1968 (Domestic Workers Union) and speaks of the problems with other unions. Finally, Bolden discusses her part in trying to save historic Vine City. 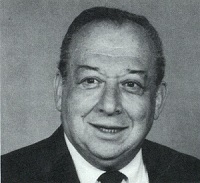 Bonnano tells of growing up in New York City, vivid descriptions of life in the Bowery, father a dress presser, mother a doll dresser. He attended classes at New York University, was involved with the American Labor Party, and worked as a sewing machine operator, attending “Dubinsky’s Institute”—classes on the history and theory of labor, for training labor leadership, established by David Dubinsky. Bonnano was sent to the South as an organizer for the International Ladies Garment Workers Union (ILGWU). He tells vivid stories of picketing knitting mills in North and South Carolina, going to jail in Asheville, North Carolina, on the eve of his wedding. Bonnano discusses the civil rights movement and its impact on unions. He discusses his own work to integrate unions. He discusses the merger between the ILGWU and the men’s clothing makers union -- under the new name UNITE. He makes candid remarks about major union, political figures, and the North American Free Trade Agreement (NAFTA).

Biographical Information:
Eddie Burke was born on November 21, 1949 in Cabin Creek, West Virginia. In 1967 he left school and spent a year traveling across the US with friends. His father and elder brother were both members of the United Mineworkers Union. In November 1968, two months after his father’s death, Burke began working at the Carbon Fuel Co., where he became active in the United Mineworkers Union, as well as the Miners for Democracy. Burke married in 1969, and he and his wife Patty had two children – Hillary and Bradley.

Burke has been instrumental in organizing many strike efforts – most notably the nine-month Pittston strike of 1989. He is considered to be a skilled political strategist, coordinating the election campaigns of Arnold Miller, Richard Trumka and Ron Carey. Since his involvement with Carey campaign, Burke has worked with the Teamsters Union, the state employees in West Virginia, and the Service Employees International Union (SEIU) in Atlanta, Georgia.

Abstract:
Burke discusses his family background, his early work experiences at Carbon Fuel, and the events that contributed to his activism, most notably frustrations over his mother’s lack of financial support after his father’s death, and of his growing awareness that the union needed to be reformed. He provides many examples of the frictions created between the younger members (“long haired communists”) and the old guard within the union. Burke recounts his experiences working for Arnold Miller and the Miners for Democracy, including his appointment as observer at the District 17 office and as an assistant during Miller’s campaigns. He also describes the end of their association and friendship. Burke has assisted in dozens of strikes, and he describes a number of them, including the Massey Coal Company strike and the strike by the Detroit newspaper unions. The most vivid of his narratives however, is that of the 1989 Pittston strike. He describes in great detail the planning, personalities and tactics involved during the strike, including a whispering campaign used to divert authorities away from Pittston while the strikers took over the Moss 3 coal preparation plant to begin a four-day sit-in. After the Pittston strike, Burke began work coordinating Ron Carey’s successful election campaign, a campaign aimed at ousting the Teamster’s establishment and reforming the union. He discusses the campaign and compares it to his earlier experiences with the Miners for Democracy efforts. 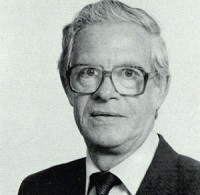 Biographical Information:
Herb Butler was born November 4, 1927 in Silver Grove, Kentucky. He has been affiliated with the United Auto Workers (UAW) of which he served as chairman from 1953 to 1957, Region & Servicing Representative and Staff Member International Representative in 1957, a member of the Employment Security Agency Advisory Council, and Director of the Atlanta area UAW from 1969 to 1990. Besides his UAW activities, Butler was affiliated with the National Maritime Union (NMU-AFL), as well as the State of Georgia Board of Natural Resources.

Abstract:
Butler argues eloquently that, “working people need a voice.” He discusses life with the United Auto Workers (UAW), and his current volunteer work with union retirees. He gives candid opinions of political figures and whether or not they have been good from the point of view of organized labor. He says, “I have got a great deal of satisfaction from [being in a union] and my family has been able to live…decently…because of the union activities…and the benefits that we’ve been able to have by being a union member. Concerning the statement that unions aren’t necessary today, Butler says, “People say you can’t organize today. You can if you go out and ask workers. The need is there…All you have got to do is…get out there and talk to them and tell them what unions are all about and how great they are, how great they are.”