Modibo Kadalie
Interviewed by: Matthew Quest, November 12, 2010
Transcript info: 180 pages (200 minutes in five parts)
Accession No: L2010-19
Biographical Information:
Modibo Kadalie was born Edward Cooper in Savannah, Georgia, in 1943. He grew up in Riceboro, GA in a community called Crossroads, south of Savannah, with an early emphasis upon the importance of education and community involvement from his parents.  In the fall of 1959, at the age of 16, Kadalie began attendance at Morehouse College as an early admission student. During the following spring he participated in a sit-ins to desegregate the public facilities in downtown Atlanta. He left in January of 1963, after finishing the requirements for graduation.  In the fall of 1963 he entered graduate school at Howard University in experimental psychology. In 1965, he moved to Halifax, Nova Scotia, Canada to avoid the draft for the Vietnam War.   Returning and he eventually, moved to Detroit, Michigan, inspired by the Dodge Main Strike.  He briefly taught at Highland Park Community College, becoming intimately involved with the student strike in 1969. While teaching at the University of Detroit and Wayne County Community College Kadalie maintained an intense level of radical activism. In 1973, he enrolled at Atlanta University, going on to complete both a Master’s degree and a Ph.D. in political science.  He is currently living and teaching in Georgia.
Abstract:
In this session, Kadalie explains the impact his parents and the community in which he grew up had on him. He summarizes his time at Morehouse College, where his lifelong interest in activism began with his first sit-ins and  several conflicts with the Morehouse College administration. He elaborates on his personal philosophies and involvement with various activist groups, including the League of Revolutionary Black Workers, the African Liberation Support Committee, the Sixth Pan-African Congress, the Dessie Woods and Sheryl Todd Defense Committee, the Black Issues Community Forum. He describes his role in organizing against the brutality led by police chief John Inman, organizing the armed self-defense in the Techwood Housing Projects during the Atlanta Child Murders, supporting the strikes of the Atlanta sanitation workers, housing authority workers, and Atlanta Junior College students, organizing an independent union of taxi drivers, organizing a march from Savannah to Reidsville in response to a prison lockdown and against the death penalty, organizing against a racist plan for desegregation by the state board of education, and many other events.  He also describes the influences that many individuals, and often their published works or activism, had on him, including C.L.R. James, Charles Simmons, Kimathi Mohammed, Hosea Williams, and many many others. 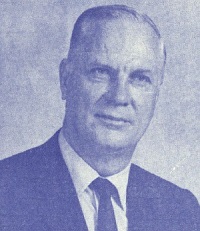 Biographical Information:
Al Kehrer was born January 1, 1921 in Brighton, Michigan. He received a B.A. from Olivet College in 1947 and an M.A. in Economics from Yale University in 1948. He became active in the labor movement with his membership in the United Auto Workers (UAW) union in 1936. Upon finishing his graduate degree, he joined the American Federation of Teachers (AFT) from 1948 to 1953 and the Workers’ Education Bureau of the American Federation of Labor (AFL) from 1948 to1950.

In 1955, he came to Atlanta, Georgia as the regional director of the International Ladies Garment Workers Union. Later, he opened the Southern Civil Rights Office of the AFL-CIO. He retired from that position in 1988, but continued to be involved in the labor movement and the Democratic Party.

In the 1960s, Kehrer participated in many civil rights activities, including the 1963 March on Washington and the march from Selma to Montgomery. He died on June 12, 1996.

Abstract:
Al Kehrer discusses his family background, including the Americanization of German Americans after World War I as well as growing up in Detroit, Michigan.  He also speaks of his interest in the labor movement and the influence of teachers such as Florence Sweeney, first president of the Detroit Federation of Teachers (DFT), and Max Jaslow, who taught night classes to the United Auto Workers (UAW).  Kehrer found many opportunities for childhood employment during the Great Depression.  He bluntly discusses religion and churchmen (Henry Hitt Crane, Father Joseph Marx, Father Coughlin) and their influence on working class people. Kehrer also discusses radicalism in the 1930s and the Young Socialists League. He served in the U.S. Merchant Marine during World War II and afterwards was sent by David Dubinsky to the Southern Department of ILGWU as a labor organizer.   Kehrer also discusses the ILGWU Institute’s role in labor education.  He talks frankly about Nick Bonnano and his role as an organizer while Kehrer was regional director of the ILGWU.  He compares labor unions and workers in the Southern United States, the Caribbean, and Southeast Asia.  When discussing attitudes toward unionization Kehrer says, “I don’t remember any situation in which the black workers were anti-union.”  The important issues Kehrer discusses concerning race relations include the Civil Rights Act; the Ku Klux Klan; the Civil Rights Movement, sit-ins, and especially the Student Non-Violent Coordinating Committee (SNCC); the National Association for the Advancement of Colored People (NAACP); and the Amalgamated Clothing Workers. 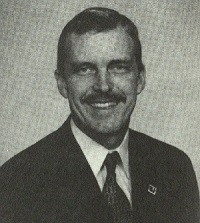 Biographical information:
Charlie Key was born October 25, 1944 in Anniston, Alabama.  A graduate of the Georgia State University Labor Studies Program in 1983, Key began his union career as a job steward for the Plumbers and Pipefitters Local 72 in 1968.  He later became Vice-President (1978 and 1981), and President (1984-1990, 1993-present) for Local 72.  From 1983, he served as Business Manager/Financial Secretary-Treasurer for the Atlanta & North Georgia Building & Construction Trades Council.  From 1996 to 1999, Key served as executive Vice-President of the Georgia State AFL-CIO, and in 1999 he was elected Secretary-Treasurer of the organization.

Abstract:
Mr. Key talks about his family’s background in labor unions, their health problems resulting from foundry work, and his early work experiences after quitting high school.  He discusses what Atlanta was like when he moved to town in the 1960s.  Union politics and labor organizing were central to Key’s membership.  He mentions the rivalry and differences between union vs. non-union labor.  Concerning race relations, Key discusses the Atlanta Plan for Integrating Trades and the number of women and minorities in Local 72.  In his position as President of Pipefitters’ Local 72, Key says, “I felt that we needed to integrate the office of the local.  Time to organize females and blacks.  I felt we needed to make them feel at home like they were a part of it.”  He mentions the good influence of Henry Hollis Key, Staff Representative for the Molders and Allied Workers Union.  Key gives his opinions on local and national politics and unions during the preparations for the 1996 Olympics.  [These issues are also discussed by Stewart Acuff]