Frank Carter: Frank Carter was born on October 23, 1903 in Tampa, Florida. Much of his life was dominated by his involvement in the printing industry. He became owner of Superior Printing Company in 1937 and thereafter was influential in his company and the industry in general. Affiliations include the Printing Industry Association of Georgia (PIAG), International Brotherhood of Bookbinders (IBB), the International Printing Pressman and Assistants Union (IPPAU). Carter’s organizational positions include election as President of the PIAG from 1960 to 1961. Mr. Carter passed away in January 1997.

Howard Ward: Howard Ward was born February 12, 1924 in Harlan, Kentucky. He began working at Superior Printing in 1952. He has been a member of the International Printing Pressman and Assistants Union (IPPAU) and after the merger of printing and graphics unions, the Graphic Communications International Union (GCIU).

Abstract:
Carter and Ward are, respectively, owner and employee of Superior Printing Company.They have a cooperative and mutually respectful relationship that is remarked upon admiringly by other interviewees in this series. Frank Carter went to work in the printing industry at a young age. He worked for Williams Printing Company in 1923, and later bought a small business owned by Williams, called Superior Leather Service. This business later became Superior Printing Company. Ward describes the process of going from apprentice to journeyman printer. He provides much information about the history of the printing industry as one of the first industries to offer health insurance and pension plans to its employees. He discusses how the technology of printing has changed from the days of hand-set type to the age of computers. Carter speaks about the essential nature of the printing industry: “It should be with us forever. Just imagine walking into a grocery store without any labels on the cans…You stop the presses and you stop time.” 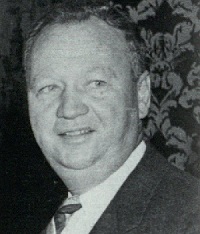 Biographical Information:
Michael Counihan was born March 15, 1914 in Savannah, Georgia. His life experiences were varied. He attended school at the Benedictine Military Academy and later served in the military during World War II. Counihan’s union involvement included a long membership in the International Brotherhood of Electrical Workers (IBEW) from which he retired in 1984. He acted as Business Manager for the IBEW, belonged to the Savannah Building Trades Council, and served as Mayor of Savannah Beach during the 1970s.

Abstract:
Counihan discusses being on staff with the International Brotherhood of Electrical Workers for forty years after working his way up the ranks at Alston Engineering Company and living in Savannah during the Great Depression. He also talks about the trials and tribulations of working for the union and his role in settling disputes. Counihan had a long stint as mayor of Savannah Beach, Georgia.