Biographical Information:
Stewart Acuff was born on December 17, 1954 in Trezevant, Tennessee. He graduated from the University of Missouri in 1977. After graduating, he became engaged in labor organization by during his membership in the Association of Community Organizing for Reform Now (ACORN). ACORN membership was followed by Acuff’s joining the Service Employees International Union (SEIU). Mr. Acuff has held several positions of importance in the labor movement. He was the Executive Director of the Georgia State Employees Union, President of the Atlanta Labor Council (AFL-CIO), and Deputy Director of the Midwest Region of the AFL-CIO.  He now serves as the Director of Organizing for the AFL-CIO in Washington, DC.

Abstract:
Acuff discusses his background, including his college education, work as an activist with ACORN after graduation, and studying in England during his sophomore year. He articulates the connection for him between religion and activism, as well as the influence of the civil rights movement and Viet Nam on his development as an activist. He recounts about organizing nursing home workers and receiving threats from the Klu Klux Klan. On being a white Southerner confronted with the civil rights movement, Acuff says, “Race is an inescapable part…of small town Southern life…[I]f I had to name a thing that most affected me, it was…coming to grips with the humanity of African-American people, because once you confront that, and come to grips with it, then that has to change your mind.” Another high point of the interview is Acuff’s account of union negotiations with the 1996 Olympics committee. [Charlie Key also accounts the same event.] 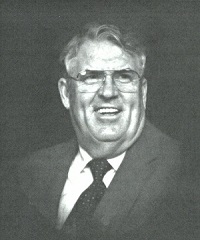 Herman Adkins was born July 16, 1918 in Belcher, Kentucky. Over the course of his career he has been affiliated with several labor unions, including the United Mine Workers of America (UMWA), 1932-1969, Allied and Technical Workers, 1969-1972, and United Steelworkers of   America (USWA), 1972-1980. As a union leader in these organizations Adkins held many leadership positions. These include serving as Vice President of a UMWA local in 1939, President of UMWA local from 1939 to 1942, President of UMWA Local 6112, Representative of District 50 UMWA in 1950, Regional Director of the UMWA in 1952, and Sub-District Director, Georgia United Steelworkers, 1975. He passed away July 24, 1999 in Morrow, Georgia.

Abstract:
Adkins discusses his early work experience in Kentucky coal mining and the dangerous conditions in which he worked. He also talks about struggles in organizing the United Mine Workers, Joe Yablonski, labor organizing in Georgia and the perils of union work during the 1960s and 1970s. On the dangers of unionizing Adkins asks, “Which is the best – get shot or see your children starve?” Adkins relates his experience with the Allied and Technical Workers and United Steelworkers of America, plus District 50 within those organizations. Adkins also discusses the merger of the American Federation of Labor and the Congress of Industrial Organizations (AFL-CIO), as well as women’s involvement in labor unions—trying to gain the better paying jobs.