Biography:
Franklin Abbott was both in 1950 in Birmingham, Alabama and raised in Buffalo, New York and Nashville, Tennessee. He attended Mercer College in Macon County in the 1960s, and later attended graduate school where he qualified as a therapist. For decades, Abbott has been associated with the Radical Fairies adn Gay Spirit Visions, both spiritual gay men’s groups. In addition to serving the community through spiritual practices and therapy, he is a writer and co-founder of the Atlanta Queer Literary Festival. Abbott's books include Boyhood: Growing Up Male, Men and Intimacy: Personal Accounts, and Pink Zinnia: Poems and Stories. Abbott continues both his literary work and therapy practice.

Abstract, September 20, 2011:
Abbott first discusses his grandparent’s and parent’s lives in Alabama. Then he describes the move from Birmingham to Buffalo to Nashville. He explains the challenges of his high school years and the freedom he gained while at Mercer College. Abbott describes his politicization with racial and gender justice while in school and details his coming out experiences in his mid-20s. He reflects on lesbian and gay organizing in Atlanta and the work he did in spiritual and faith-based communities in the 1970s. Abbott shares his experiences with AIDS in the 1980s. He talks about organizing, traveling and literary work that was both lost and came out because this time-period. He concludes with reflections on community.

Abstract, December 14, 2015:
Abbott shares the tensions between gay men and lesbians. He outlines the historical roles that religious groups' played in supporting the beginnings of the gay movement. Het then discusses the history of the Radical Faeries and Gay Spirit Visions and the friendships he developed because of these community spaces—particularly his friendship with Raven Wolfdancer. Abbott talks about AIDS and the impact of the disease on his writing and spiritual communities. He reflects on gender fluidity and identity. Abbott concludes by discussing the international impact of the Radical Faeries and the global community that participants have created together. 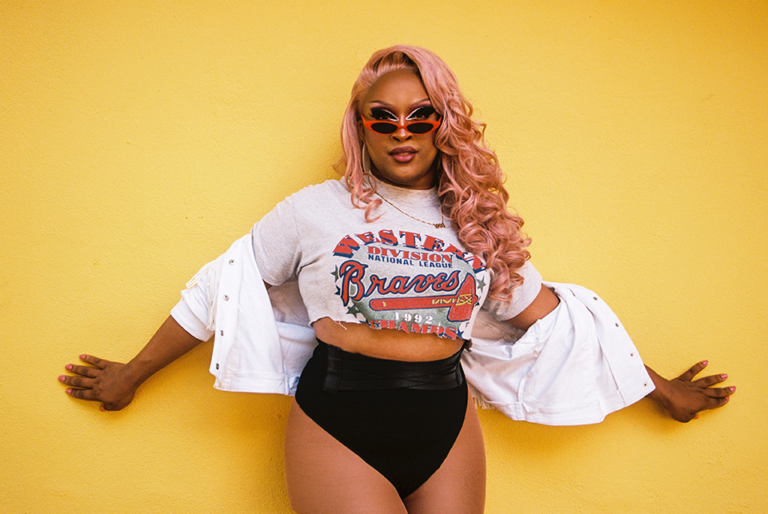 Biography:
TAYLOR ALXNDR (they/she) is a DIY musician, drag performer, and community organizer based in Atlanta, GA. Raised in the rural edges of the metro area, ALXNDR has been creating in and captivating Atlanta and beyond since 2011. ALXNDR is the co-founder and current executive director of Southern Fried Queer Pride (SFQP), an Atlanta-based non-profit organization empowering Black queer and QTPOC centered communities in the South through the arts. They are also the mother of the House of ALXNDR, an Atlanta-based drag family and events hub, creating drag-centered, inclusive events.

Getting her start performing at dive bars in the local Atlanta subversive queer drag scene, ALXNDR broke through in 2017 with her debut single “Nightwork”, an ode to the underbelly of nightlife. She followed it with her debut EP, Noise, later that year. In 2018, ALXNDR released her debut album Hologram. Writing, producing, and creative directing all of her music and content, ALXNDR’s DIY approach to her craft is born out of a need for honesty and an appreciation of the art form. ALXNDR’s live shows are a mixture of her interactive and improvisational background in drag, interest in video projection, and a foundational belief that music can make you think and dance.

ALXNDR’s work has been featured in Vice, Forbes, Out Magazine, Vogue, them., and more. Bandcamp called them an “underground drag icon”. They were voted as Atlanta’s Best Drag Queen & Best LGBTQ Performer in 2019. 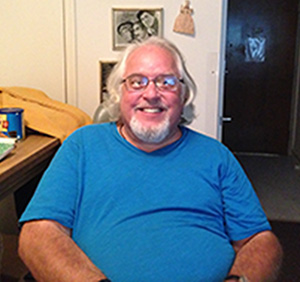 Biography:
Charles Anderson was born and raised in Minnesota. He moved to Atlanta in his 20s in search of community and independence. Anderson shares experiences living with cerebral palsy as a gay man. He discusses nightlife, nursing homes and reflects on how the gay community has changed throughout the decades.

Abstract:
Anderson describes his upbringing in Minnesota. He explains the surgeries he had as a child, related to cerebral palsy. Anderson discusses the gay rights movement in the 1970s and moving to Atlanta in the 1980s. He shares his love of going to clubs and the importance of club culture for building community in the '80s. Anderson also details his experiences with a surgery which led him to live in a nursing home. He explains what he learned from living in a nursing home and his appreciation of life. Anderson shares his experiences with education both in schools and in the gay community (both online and in real life). He reflects on the way the gay community has changed over the years based on AIDS, technology and young people.

Biography:
Ken Anderson is a writer and retired professor. He taught English at Georgia Highlands College, formerly known as Floyd College in Rome, Georgia. Anderson experienced both discrimination and support at the school as a gay teacher. His publishes works include: The Intense Island; Someone Bought the House on the Island; Hasty Hearts; Sea Change; and The Statue of Pan.

Abstract:
Anderson describes his childhood in Louisiana. He talks about his marriages to his ex-wife and four ex-husbands. Anderson shares his coming out process and what being a gay professor in Georgia was like. He explains how writing makes him happy and regardless if he had written books, he would have still identified as a writer. Anderson also discusses religion, writing and Italy.