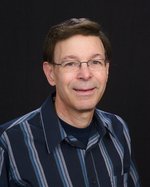 Biography:
Social Activist Jeff Willard was born in St. Louis, MO. A volunteer for the ACLU of Georgia and Georgia Equality, he also serves on the board of the Jewish Community Relations Council of Atlanta, and is Co-Chair of the Social Action Committee for Temple Beth Tikvah. He was the Regional Co-Chair of the Social Action Committee for the New Jersey West Hudson Valley Council of the Union for Reform Judaism. He also served on the Union for Reform Judaism's National Commission for Social Action. He lives in Alpharetta, GA with his partner.

Watch video of the interview 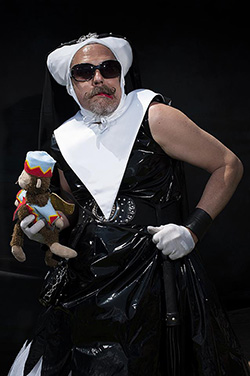 Excerpt: Andrew Wood talks about ACT UP helping the organizers of Jerusalem House to establish an AIDS hospice.

Biography:
Born in Atlanta in 1962, Andrew Wood is a graphic designer and gay activist. The son of two doctors, Wood attended public schools in Dekalb County and worked in public radio. When he moved to San Francisco to attend art school in 1980, he joined the thriving  organization, the Sisters of Perpetual Indulgence - a charitable group of gay activists who dressed in nuns habits and performed street theater. While in San Francisco, Wood experienced the AIDS epidemic which caused him to return to Atlanta. After the Democratic National Convention in 1988, he and a handful of fellow protesters started an Atlanta Chapter of ACT/UP, in an effort to bring attention to the plight of AIDS sufferers. Wood moved to New Orleans in 1990 and stayed there until 2004 when he returned to Atlanta.