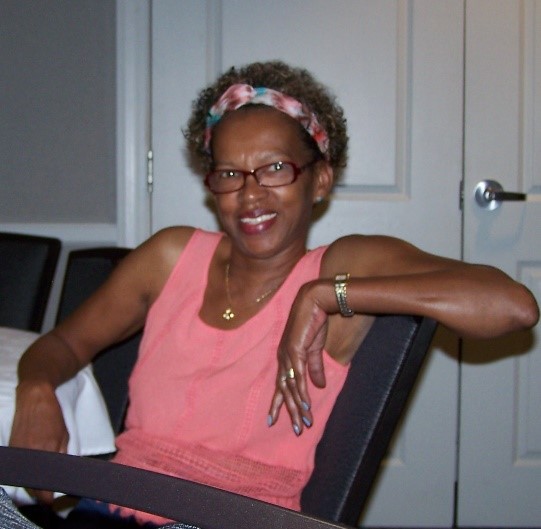 Biography:
Sonia Limes Kelly is the tenth and last child of James and Samenia Limes.  Born in 1954 in her family’s home in Harlem, New York, Sonia has two specialized designations and holds a management position with one of the nation’s largest media conglomerates.  Sonia has been married twice, and she and her current husband have been together for 34 years.  Sonia has three children and eight grandchildren, and resides in Virginia. An avid traveler, Sonia lived on the island of Guam for 12 years, is an advocate of women support groups, and loves to dance. Sonia notes, “If I had to pick one person to emulate, it would be my mother,” and asserts that she “could not have had a more enriched life.” Sonia states that her passion is her family.

Abstract:
In this interview, Sonia Limes Kelly describes growing up as the youngest of ten children in Harlem, New York in the 1950s and 1960s. Kelly discusses the positive and negative aspects of her relationships with her parents (especially her mother) and her siblings. She describes the Harlem of her youth as rife with drug abuse, particularly of heroin, and talks about her own alcoholism, from which she has been in recovery for 22 years. In connection with her alcoholism, Kelly describes her traumatic experiences being examined repeatedly as a child by doctors who were trying to diagnose her with an unspecified condition. Kelly talks about her education and her career in media. She describes in detail the illness and hospital stay that preceded her mother's death, and reflects on her mother's death and life.