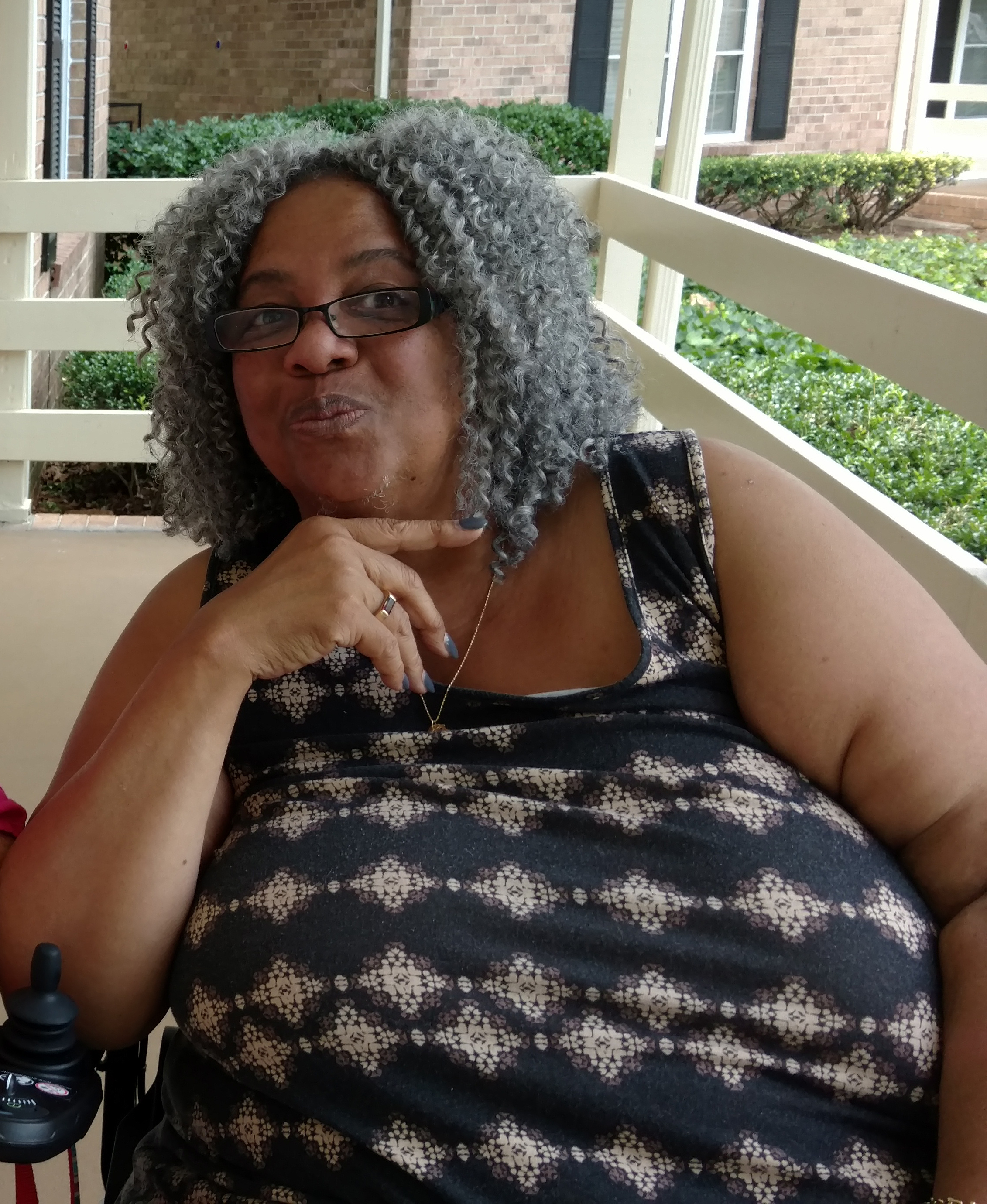 Transcript and video of interview

Biography:
Marlene Johnson was born into a military family in Cherry Point, N.C. Her family moved frequently during her childhood in the 1950s and 1960s. Johnson had an extremely close relationship with her mother and grandmother. She attended Morris Brown College, from which she was expelled for missing church after a protest march, and eventually finished college at Georgia State University. At Morris Brown, Johnson met and married a member of the Marine Corps. She later came out as a lesbian and divorced her husband, to which her father objected so stringently that he crossed her name out of the family's Bible. Johnson studied sociology and eventually got a job at Karuna Counseling, where she worked for nearly ten years. She later went into private practice.

Abstract:
In this interview, Marlene Johnson talks about growing up in a peripatetic military family, and her experiences growing up African-American in various locales during the 1950s and 1960s. Throughout the interview, she describes experiences of being alienated or ostracized, whether for her race, her sexuality, or her manner of conducting herself. She talks about coming out as a lesbian and working at Karuna Counseling, where she encountered systemic racism despite the ostensibly progressive bent of the organization. Johnson discusses the various skills and lessons she learned at Karuna, and talks about the trajectory of her career after she left Karuna and went into private practice. She speaks briefly about her physical disability and disability activism in which she has participated.

Biography:
Beverly Jones grew up in Cleveland, Ohio. Her parents had moved to Ohio from the South, and she eventually moved to Atlanta, where she had extended family. Jones went to school to become a nurse, then changed her major to psychology. She eventually went to graduate school and became a counselor. Jones worked at Karuna Counseling Center from the early 1980s until 1996.

Abstract:
In this interview, Beverly Jones begins by providing background information on her family, including her abusive father. She discusses her education and her switch from nursing to psychology, which enabled her career in counseling. Jones talks about her experience with the women's movement, including the racism that pervaded the movement's mainstream. She discusses sexism and racism in her various workplaces, including racism at Karuna, and describes the responses of her Karuna colleagues to being challenged about the structural racism inherent in the organization. Jones also discusses racism in a broader sense, including the rage that experiencing racism engenders in African Americans and the obstacles that African Americans face in society at large.