The ERA Debate: The ERA

History of the ERA

The following time line is taken from the Lucy Hargrett Draper U.S. Equal Rights Amendment (1921-1982) Research Collection. More information about the ERA and the materials in this collection can be found by clicking here.

Section 1. Equality of rights under the law shall not be denied or abridged by the United States or by any State on account of sex.

Section 2. The Congress shall have the power to enforce, by appropriate legislation, the provisions of this article.

Section 3. This amendment shall take effect two years after the date of ratification. 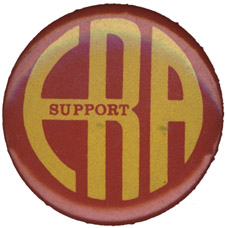 The ERA Debate: The ERA