Lee, J. J. (2013, May 19). 6 women scientists who were snubbed due to sexism. National Geographic. Retrieved from news.nationalgeographic.com.

Higgitt, R. (2012, Oct 16). Finding women in the history of science. The Guardian. Retrieved from www.theguardian.com.

10 Latinas Making Their Mark in the STEM World 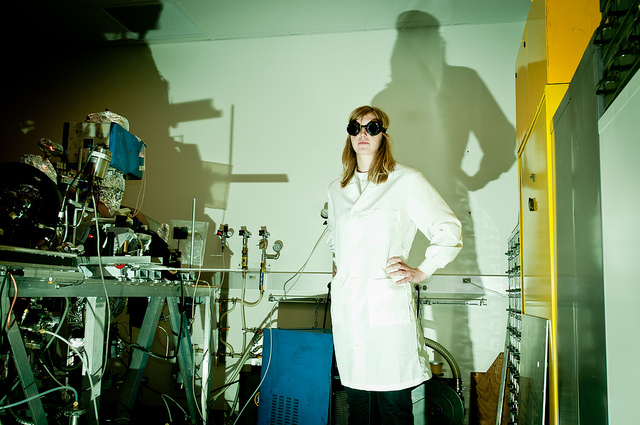 Hidden Figures (20th Century Fox)
The story of Katherine G. Johnson (Taraji P. Henson), Dorothy Vaughan (Octavia Spencer) and Mary Jackson (Janelle Monáe)—brilliant African-American women working at NASA, who served as the brains behind one of the greatest operations in history: the launch of astronaut John Glenn into orbit, a stunning achievement that restored the nation’s confidence, turned around the Space Race, and galvanized the world. The visionary trio crossed all gender and race lines to inspire generations to dream big.

Tyson describes the work of Edward Charles Pickering to capture the spectra of multiple stars simultaneously, and the work of the Harvard Computers or "Pickering's Harem", a team of women researchers under Pickering's mentorship, to catalog the spectra. This team included Annie Jump Cannon, who developed the stellar classification system, and Henrietta Swan Leavitt, who has discovered the means to measure the distance from a star to the earth by its spectra, later used to identify other galaxies in the universe. Later, this team included Cecilia Payne, who would develop a good friendship with Cannon; Payne's thesis based on her work with Cannon was able to determine the composition and temperature of the stars, collaborating with Cannon's classification system.