This guide documents the Popular Culture collection housed in Special Collections and Archives. 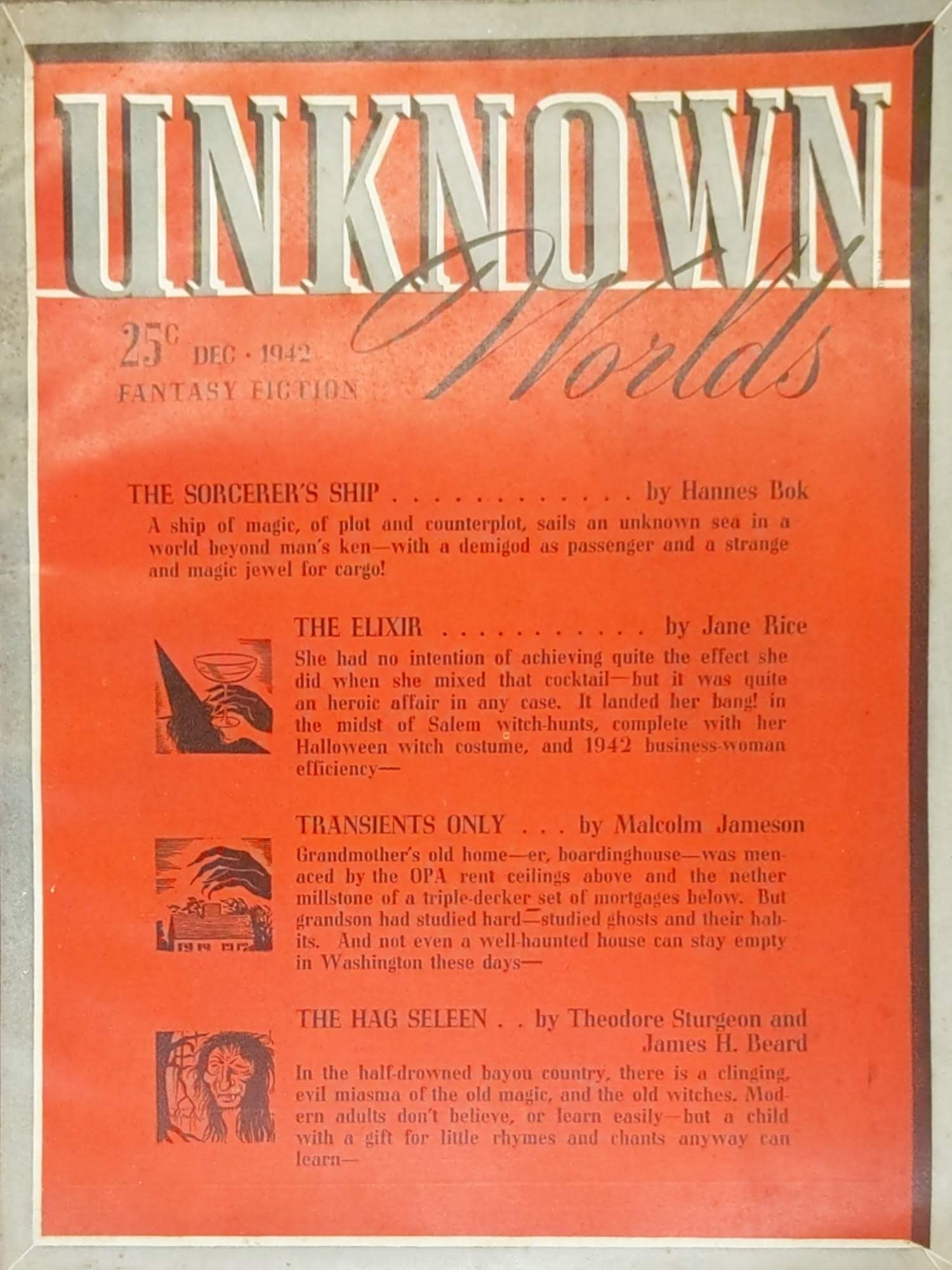 Unknown was published by Street and Smith and edited by John W. Campbell, Jr., the same group behind Astounding Science-Fiction. It was a fantasy fiction magazine published from March 1939 to October 1943. Unknown became Unknown: Fantasy Fiction with the December 1940 issue, then became Unknown Worlds with the October 1941 issue. It was published in 39 issues in 7 volumes. The magazine started with full-color cover illustrations and changed to a Reader's Digest-like cover and listing of contents in July 1940. Its format started as pulp size from March 1939 to August 1941; bedsheet size from October 1941 to April 1943; then pulp size again for the last three issues. Special Collections and Archives has almost a full run of originals dating from the first issue in March 1939 to the last in October 1943 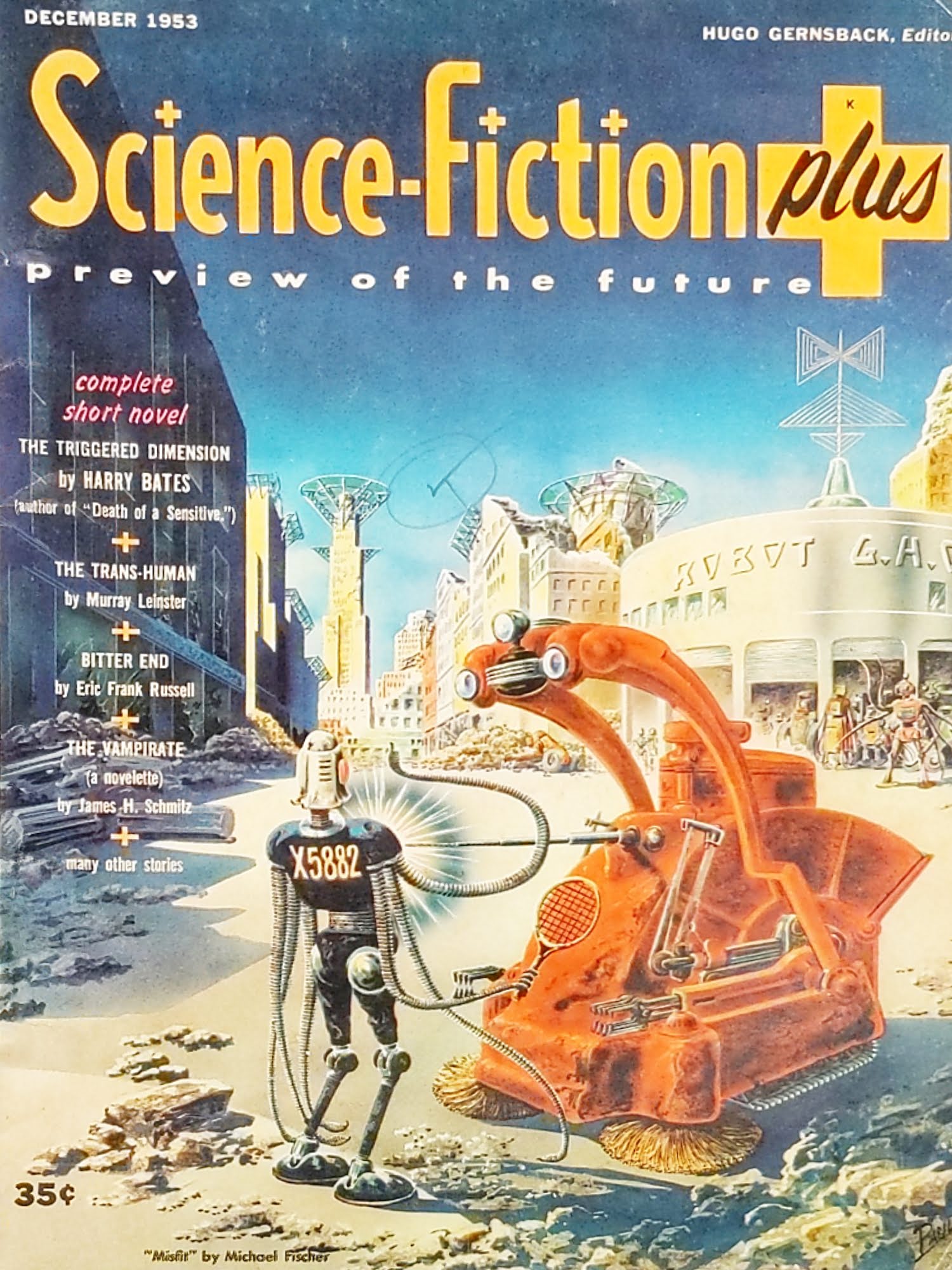 Cover of the Last Issue of Science Fiction Plus 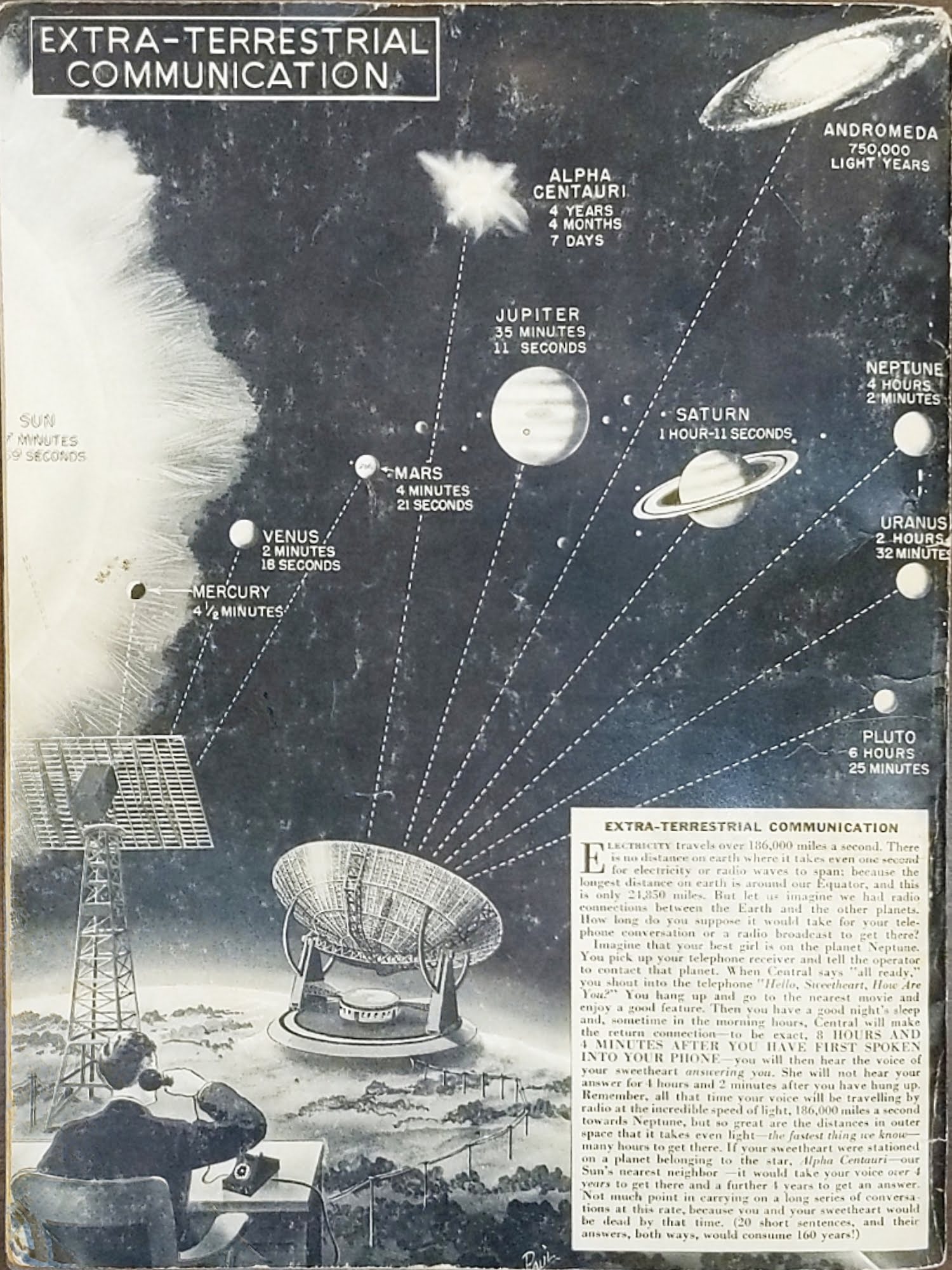 Back cover of an issue of Science Fiction Plus 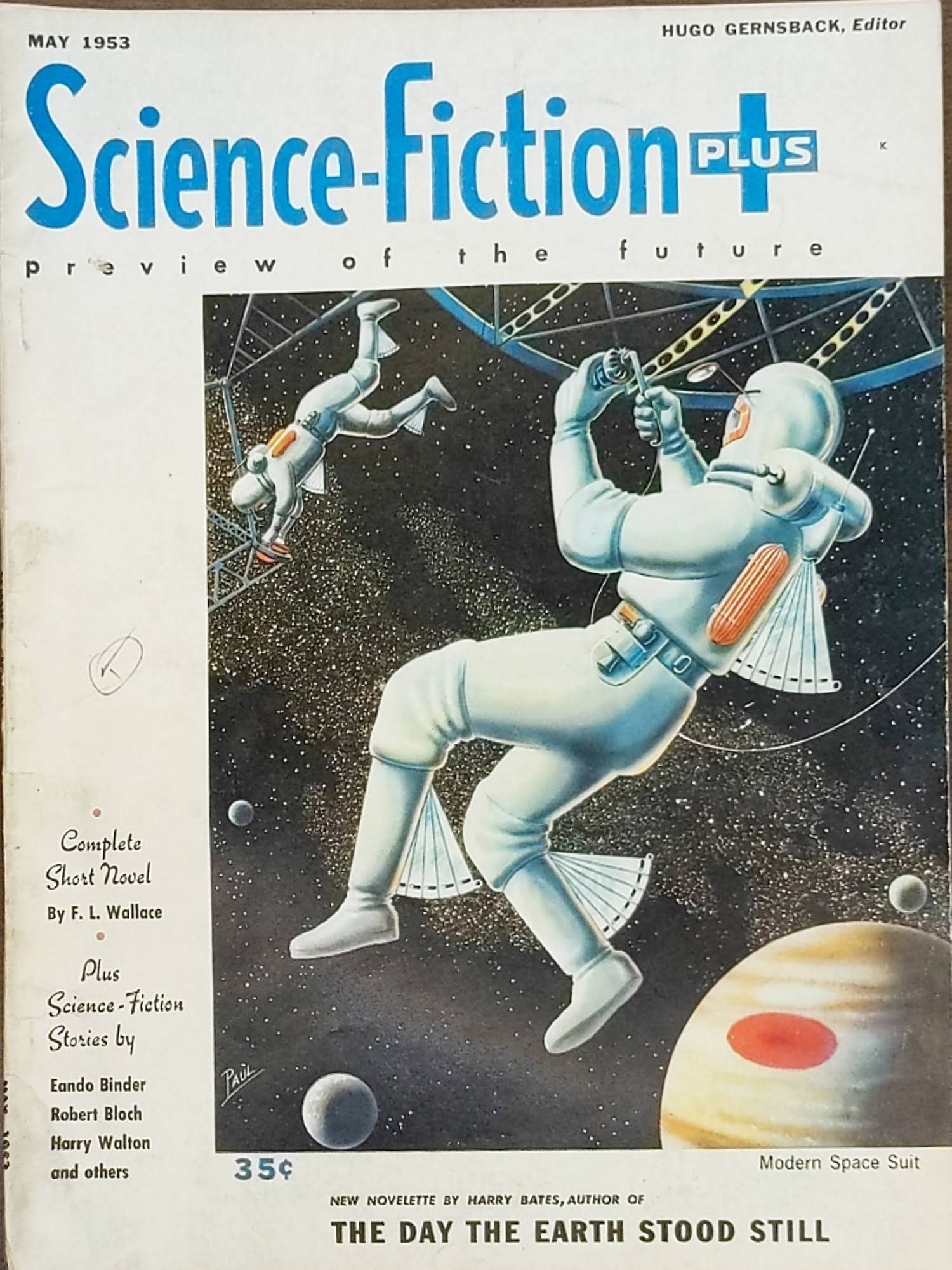 Cover of an issue of Science Fiction Plus 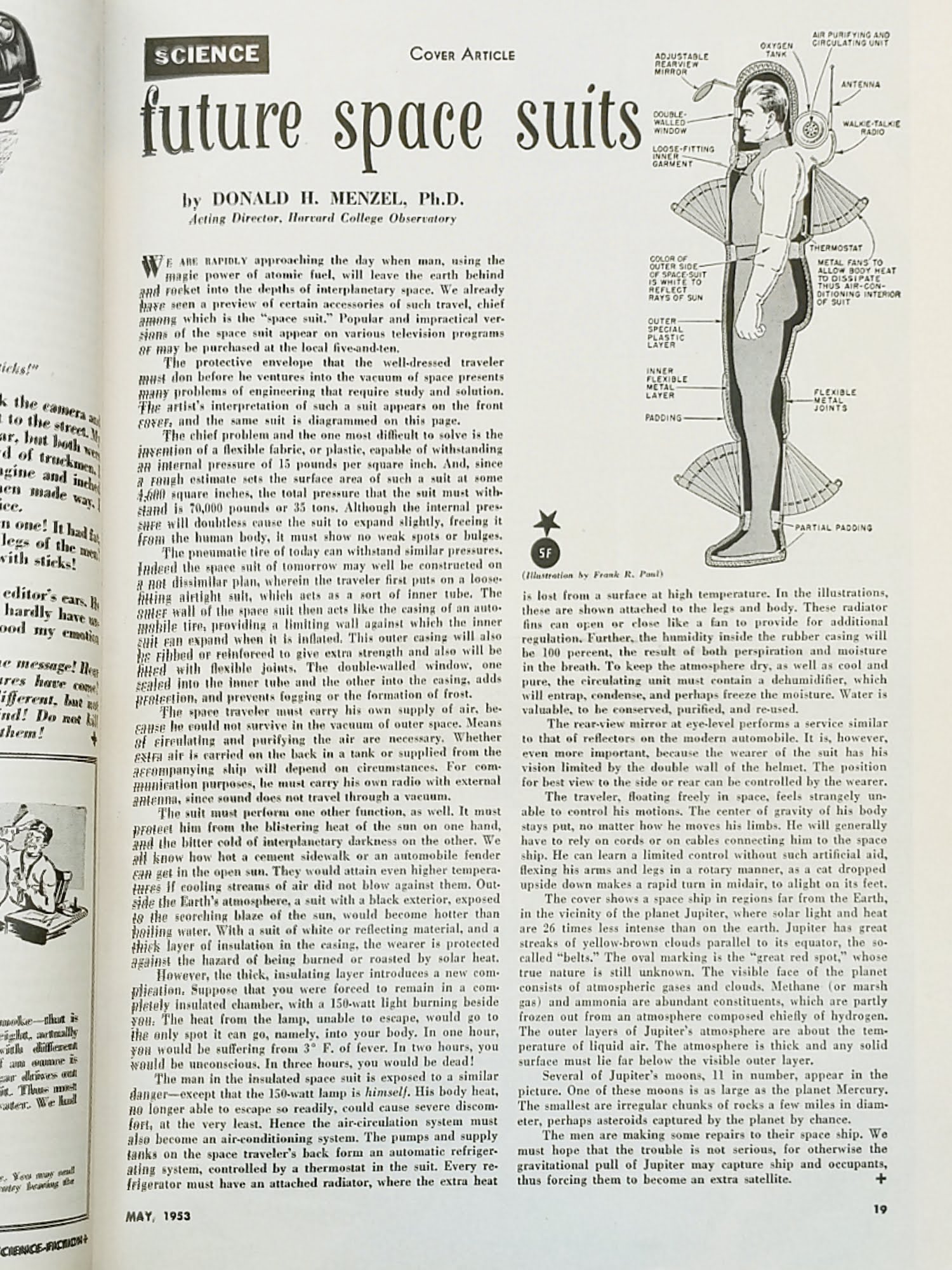 Article inside of an issue of Science Fiction Plus 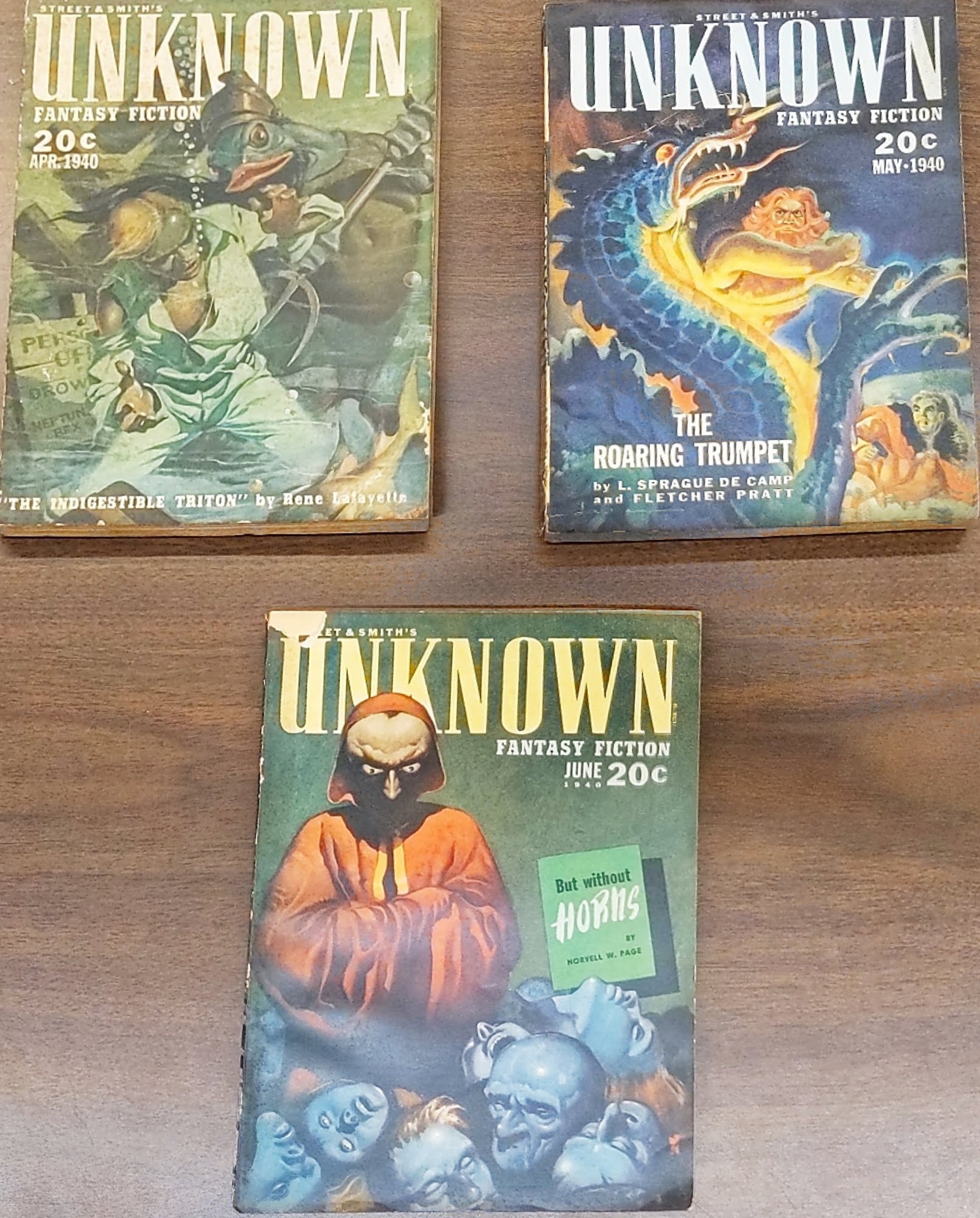 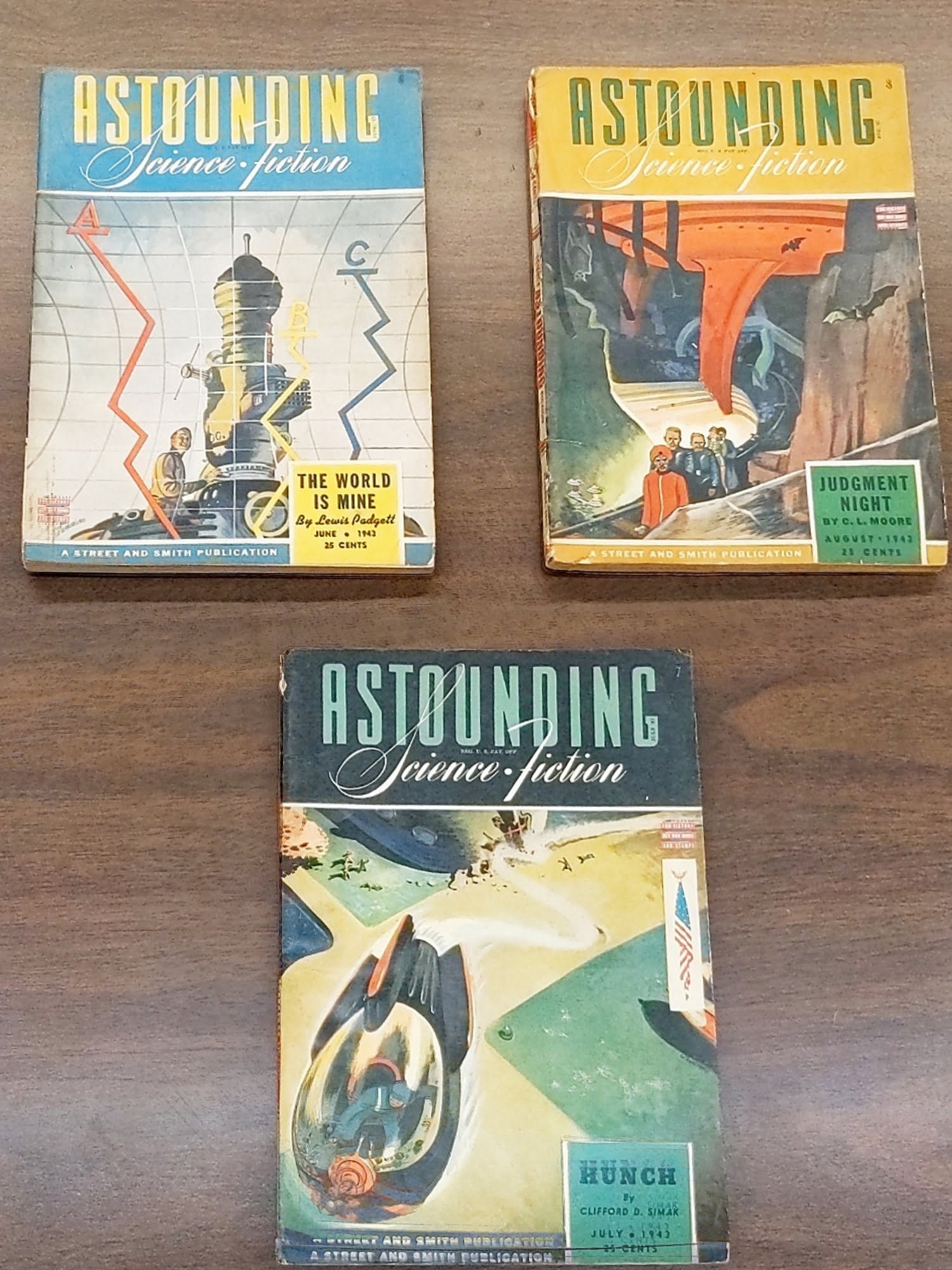 Image of three issues of Astounding 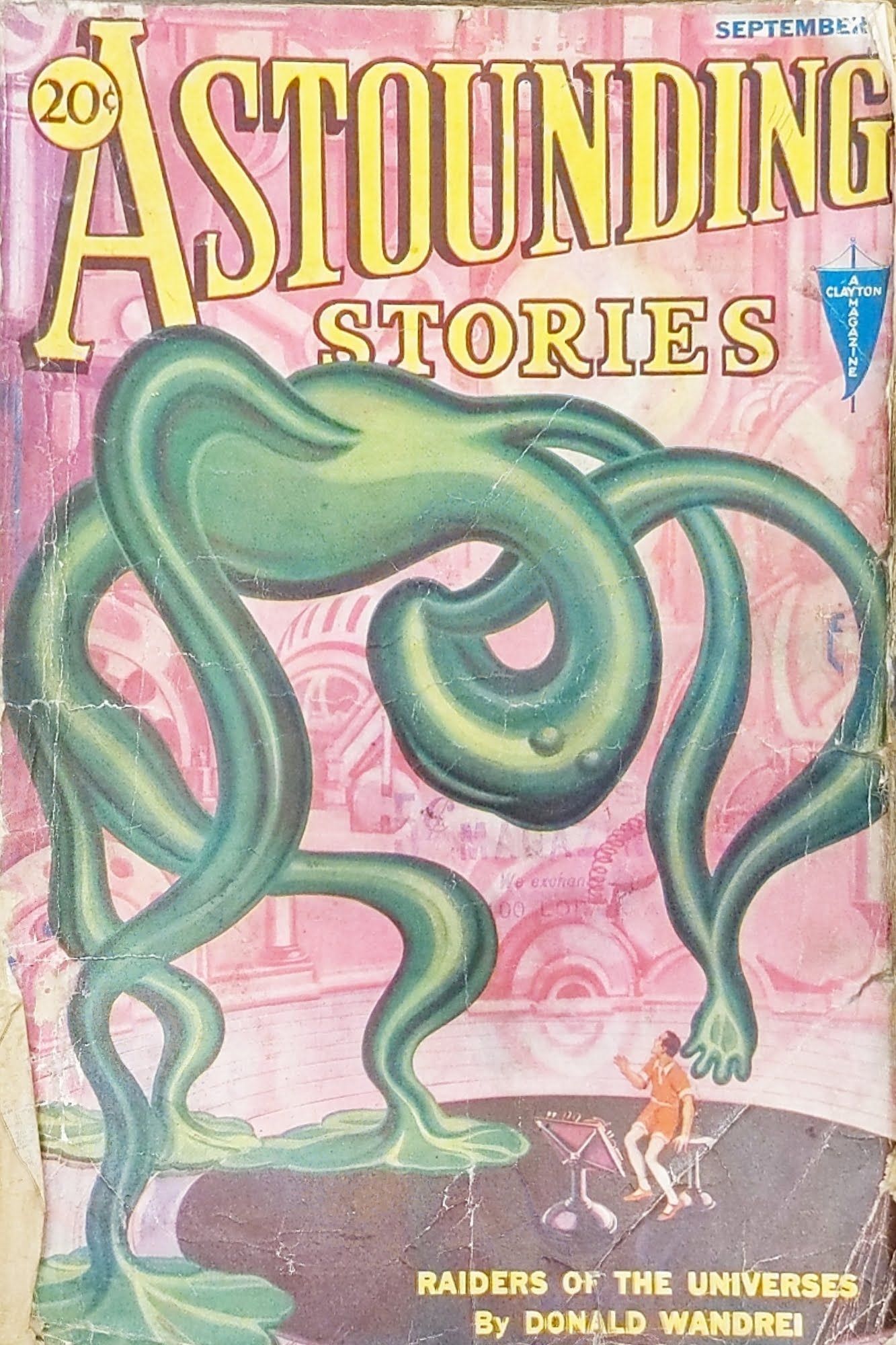 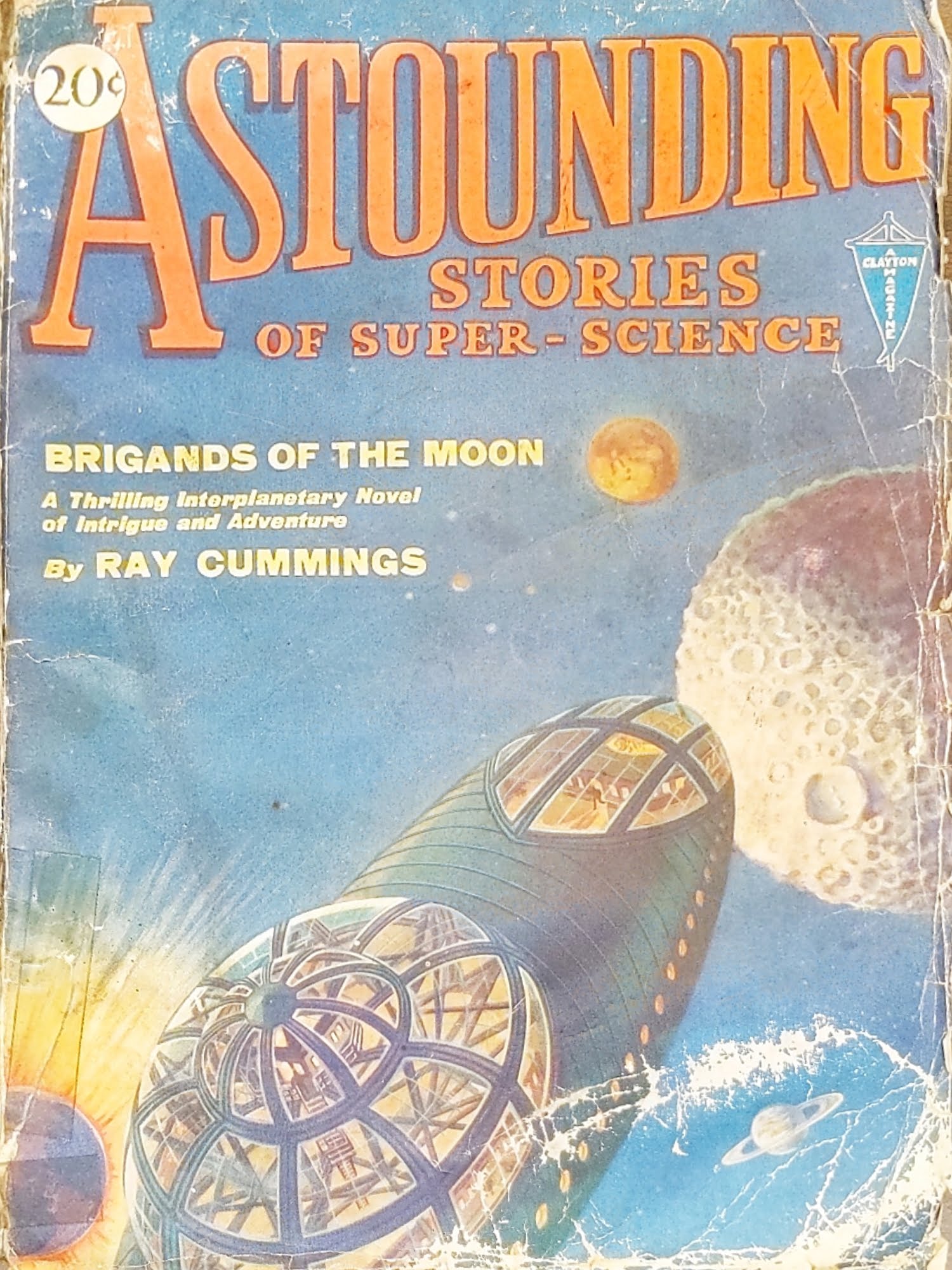 "Now you will see the kind of magazine that it is our pleasure to offer you beginning with this, the first number of ASTOUNDING STORIES. 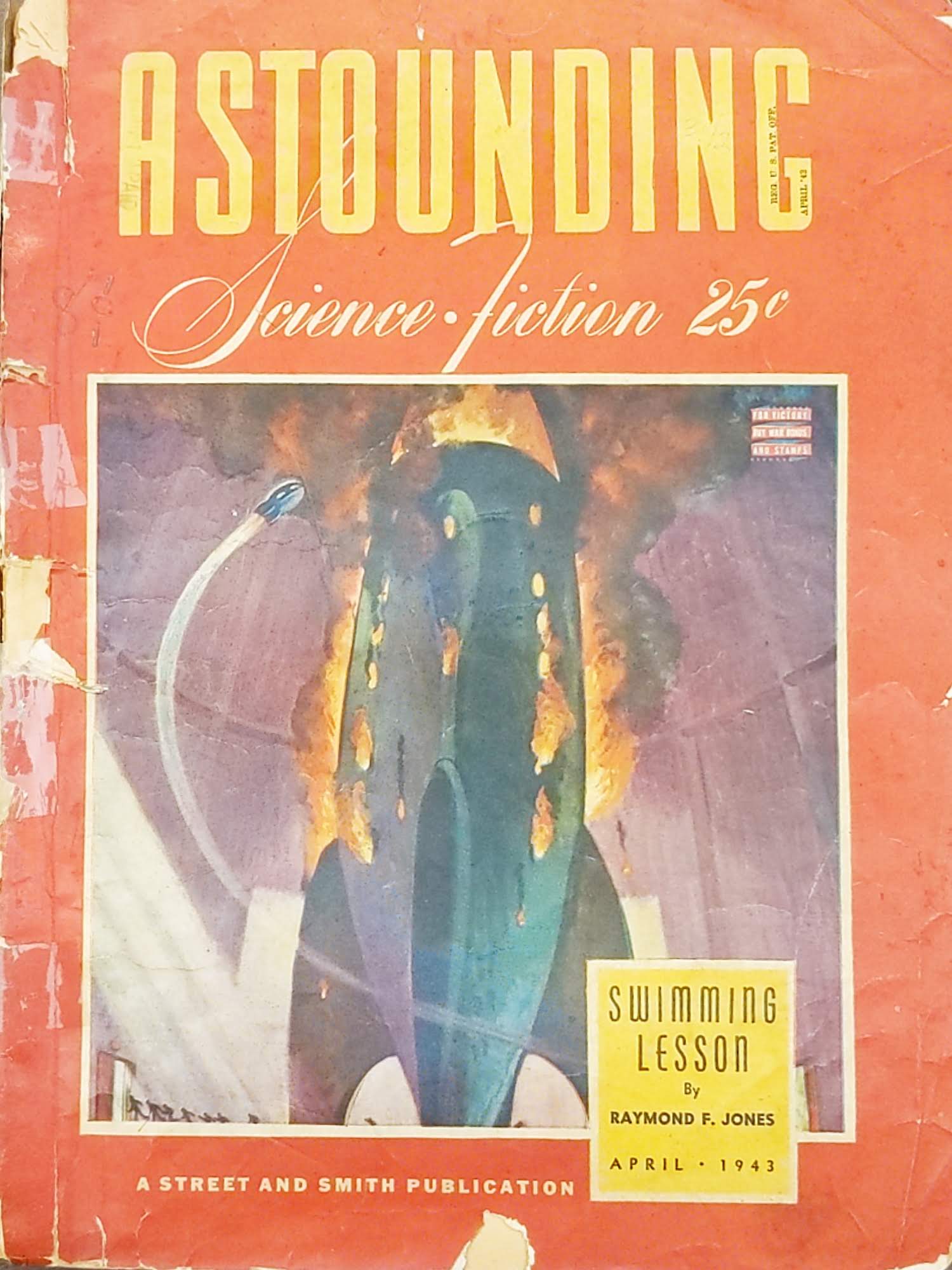 It is a magazine whose stories will anticipate the super-scientific achievements of To-morrow—whose stories will not only be strictly accurate in their science but will be vividly, dramatically and thrillingly told. Already we have secured stories by some of the finest writers of fantasy in the world." 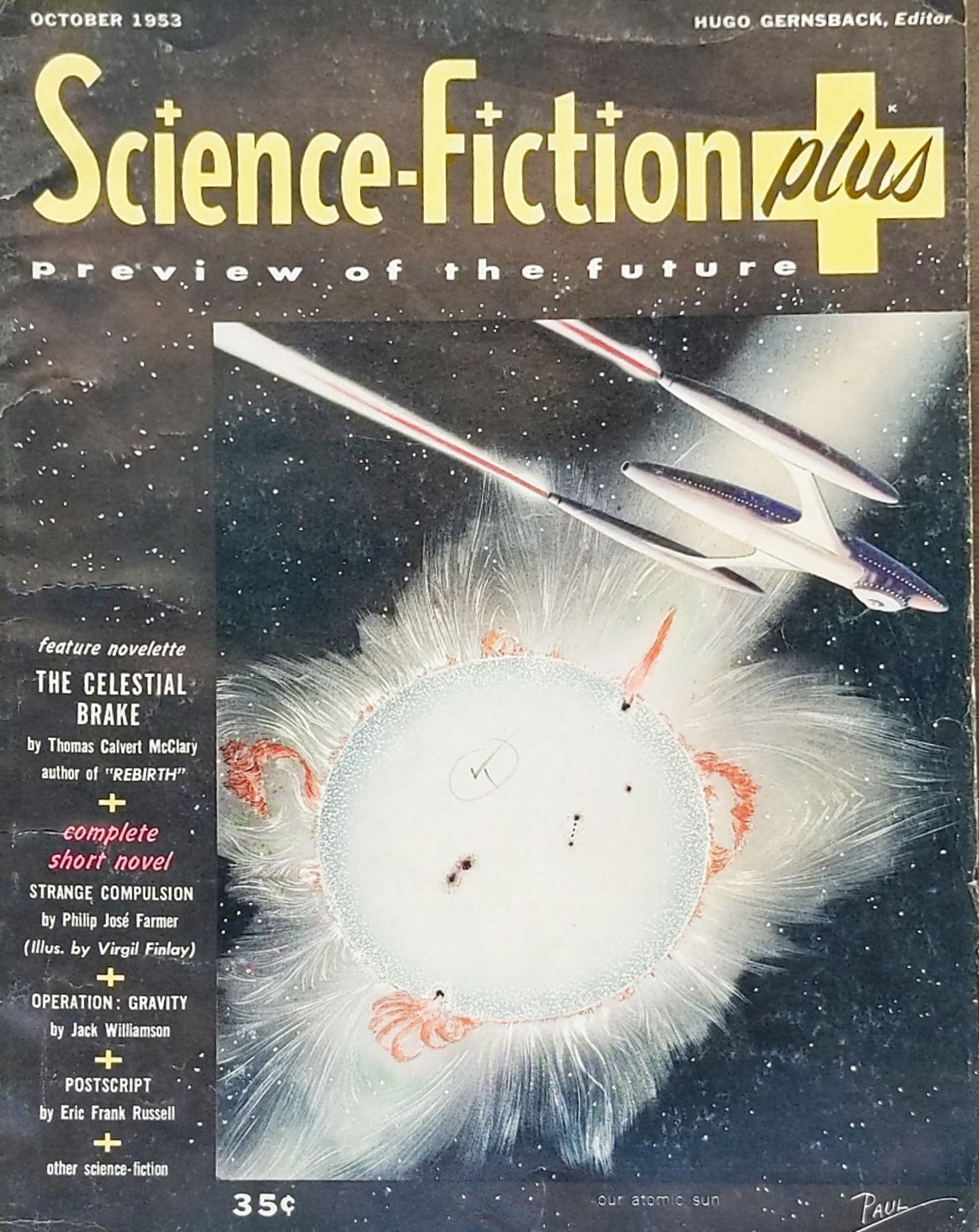 Science-Fiction Plus was an American science fiction magazine published by Hugo Gernsback for seven issues in 1953. It included editorial articles, science fiction stories, and sections like "Science Questions and Answers," "Science News Shorts," and other non-fiction content. It was first issued in March 1953. It continued as a monthly magazine through June and became bimonthly with the August issue. The last issue came out in December 1953. Special Collections and Archives has almost a full run of the magazine.