This guide highlights the history of Pullen Library up to the 1990s. It is based on an exhibit celebrating the opening of Library South in 1987 and the acquisition of the millionth book.

The library traces its origins to a number of books that Dr. George Sparks donated from his personal collection to the Georgia Tech Evening School of Commerce in downtown Atlanta. Additional donations followed and included the commerce library of Professor Wayne S. Kell and a collection of city reports owned by former mayor James S. Key. 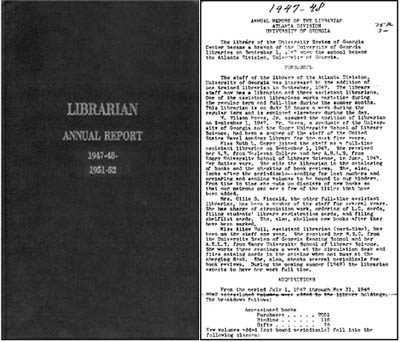 In 1948, as a branch of the University of Georgia library, Atlanta Division library staff consisted of three professionally trained employees. Wilson W. Noyes, Jr., became director of the library the previous year. 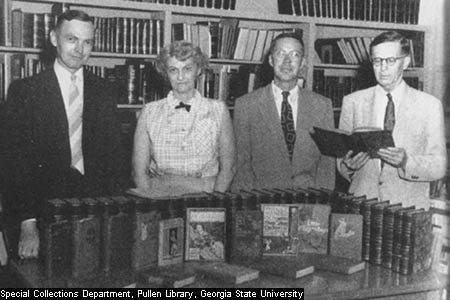 The library purchased a major collection of books documenting Georgia and Southern literary history from Atlanta businessman and collector James Walter Mason in 1951. Among the more than 2,200 volumes were first editions to the work of Joel Chandler Harris and a complete set of the Southern Literary Messenger. 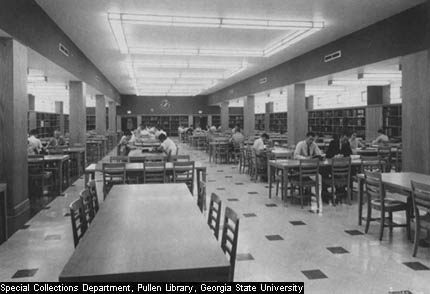 The present Assembly Hall (registration) area on the second floor of Sparks Hall became the library's home in 1955. The library's facilities were air-conditioned and included a large reading room and space for 150,000 books. 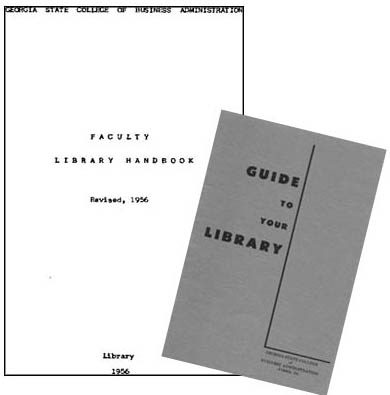