This guide highlights the history of Pullen Library up to the 1990s. It is based on an exhibit celebrating the opening of Library South in 1987 and the acquisition of the millionth book. 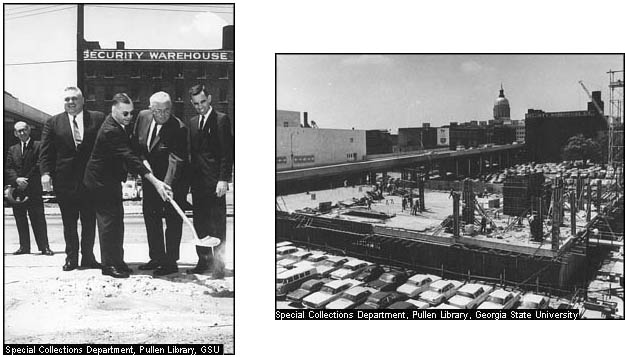 The library soon required a building of its own to house its burgeoning collections. The first phase of construction resulted in a two-story building, which was completed in 1966. 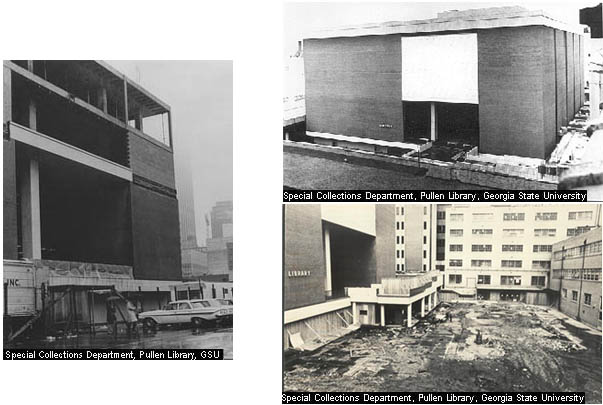 Three additional floors were added to the new library building during the second phase of construction in 1968. The building was completed in 1969, and the surrounding plaza was eventually landscaped. 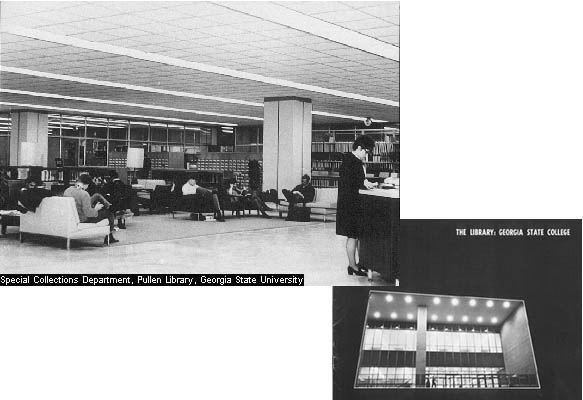 A variety of comfortable reading and study areas were provided inside the library. As the descriptive brochure (right) stated, "The library at Georgia State College is not a book barn. It is a place for people." 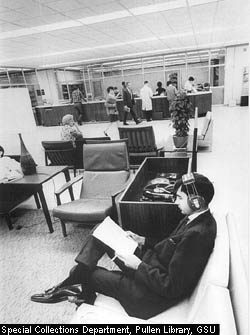 A student listens to a phonograph near the circulation desk. 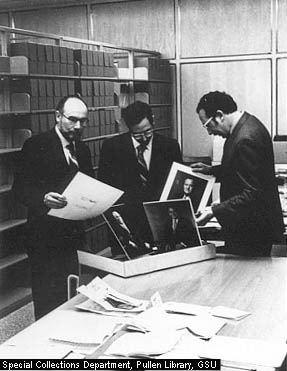 A 1969 agreement with representatives of the Southern labor community resulted in the addition of archival materials to the library's collections. The holdings of the Special Collections Department originally consisted of the Southern Labor Archives and Georgia State University Archives but soon grew to include a Popular Music collection, the library's Rare Books collection, and the Georgia Government Documentation Project.

Bookplates used in volumes held by the library reflect the transformation of a small evening school into a major university. 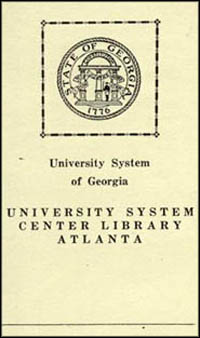 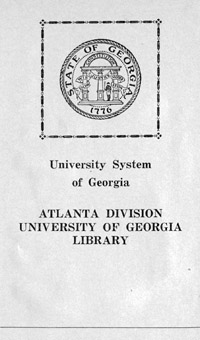 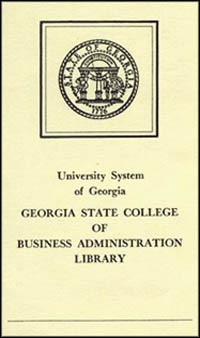 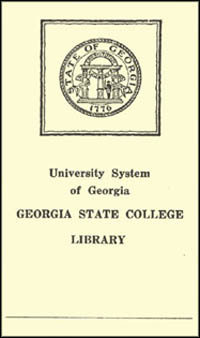 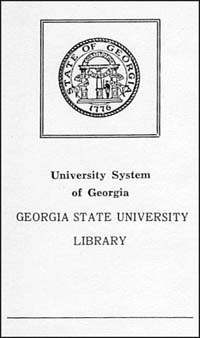 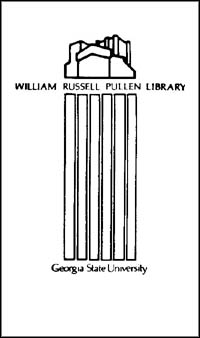 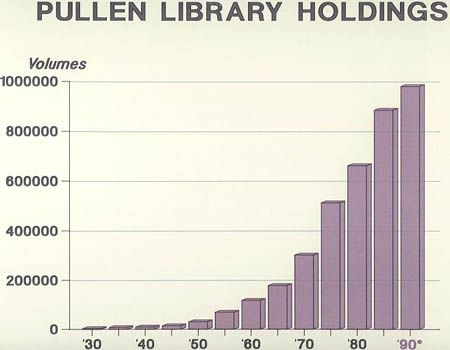 The number of volumes held by the library grew dramatically through the years. (This graph does not include the 100,000 volumes currently held by the Law Library or Pullen Library's holdings of government documents, microforms, photographs, manuscripts, audio recordings, and sheet music.) 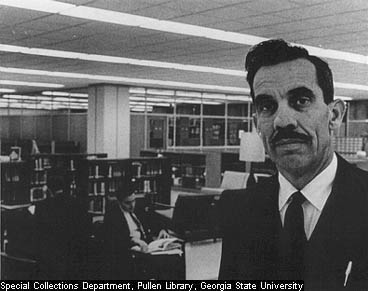 The Library was posthumously named (1974) in honor of Dr. William Russell Pullen, who served as its director from 1960 to 1974.