This guide will help you find information and resources on the U.S. Constitution and the Supreme Court. Click on the various links to access library resources plus reliable, relevant websites.

The judicial branch consists of the U.S. Supreme Court and the Federal Judicial Center. According to the Constitution, "[t]he judicial Power of the United States, shall be vested in one supreme Court, and in such inferior Courts as the Congress may from time to time ordain and establish." The Federal Judicial Center is the education and research agency for the federal courts. (Text from https://www.usa.gov/branches-of-government)

See also "The Supreme Court in the American System of Government" from the University of Missouri-Kansas City webstie "Exploring Constitutional Conflicts."

There are 3 levels to the U.S. Federal Court System: 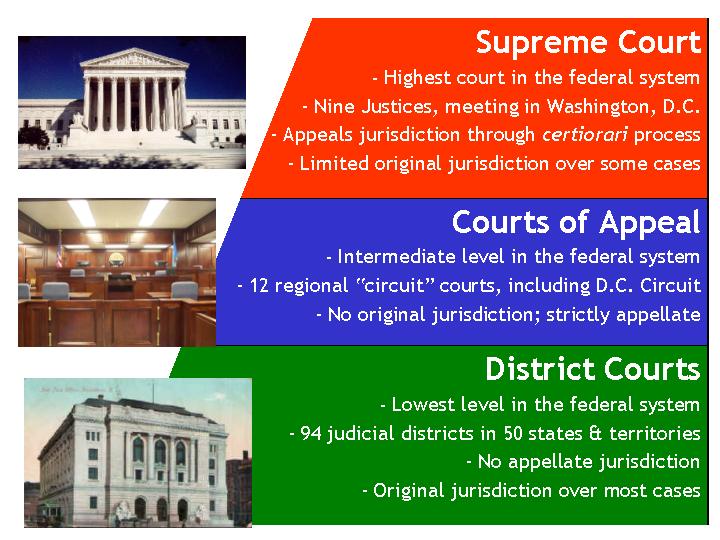 The following represent just a few of the books in the University Library on the judicial branch of the U.S. government. Search the Library Catalog to find additional books.