HIST 4290: Enslavement in the Americas (Fuller/Spring 2020): Getting Started 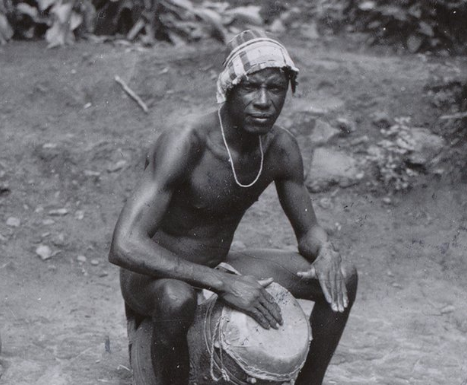 This photograph from Suriname shows a Maroon in a seated position beating an apintie, a drum made out of wood and wild boar skins. Maroon refers to fugitive slaves from the West Indies and the northern part of South America, and their descendants. The Maroon community was especially numerous in Suriname, a former Dutch colony in which many slaves managed to escape to the jungle. The photograph is from the collection of the Columbus Memorial Library of the Organization of American States (OAS), which includes 45,000 photographs illustrative of life and culture in the Americas. Many of the photographs were taken by prominent photographers on OAS missions to member countries. The OAS was established in April 1948 when 21 countries of the western hemisphere adopted the OAS Charter, in which they reaffirmed their commitment to the pursuit of common goals and respect for each other’s sovereignty. Since then, the OAS has expanded to include the countries of the English-speaking Caribbean as well as Canada. The predecessor organization to the OAS was the Pan American Union, founded in 1910, which in turn grew out of the International Union of American Republics, established at the First International Conference of American States in 1889-90.
(Text is from World Digital Library record for this photograph. Click here to search at the World Digital Library.)

Condense information into a general overview.
May be written by scholars in the field.
Contain suggestions for further reading.

Find more by adding one of the following strategies to your keyword search: 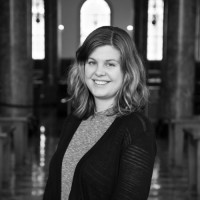