The Chi-squared test is often used to accompany a crosstabulation to test if a significant relationship exists and the strength of the relationship between variables.

Above is the formula for a Chi-squared test. Where, $\chi^2$ the Greek letter for Chi is squared, equals the sum ($\sum$) in respect to $i$, a specific observation in the dataset of $O_i$, the observed values or the values that actually exist in the dataset. The observed values are subtracted by $E_i$, the expected values when predicted and the residual is squared. Hence the name Chi-squared! The numerator is divided by $E_i$ to calculate our final chi-squared ($\chi^2$) value.

Below is the code for conducting a crosstabulation and calculating the Chi-squared test.

Our command tab is used to produce a contingency table of the variables sex and language. We are specifying the percentages of the rows and column with the options row and col. Lastly, we can include the Chi-squared test into the code with the option chi. 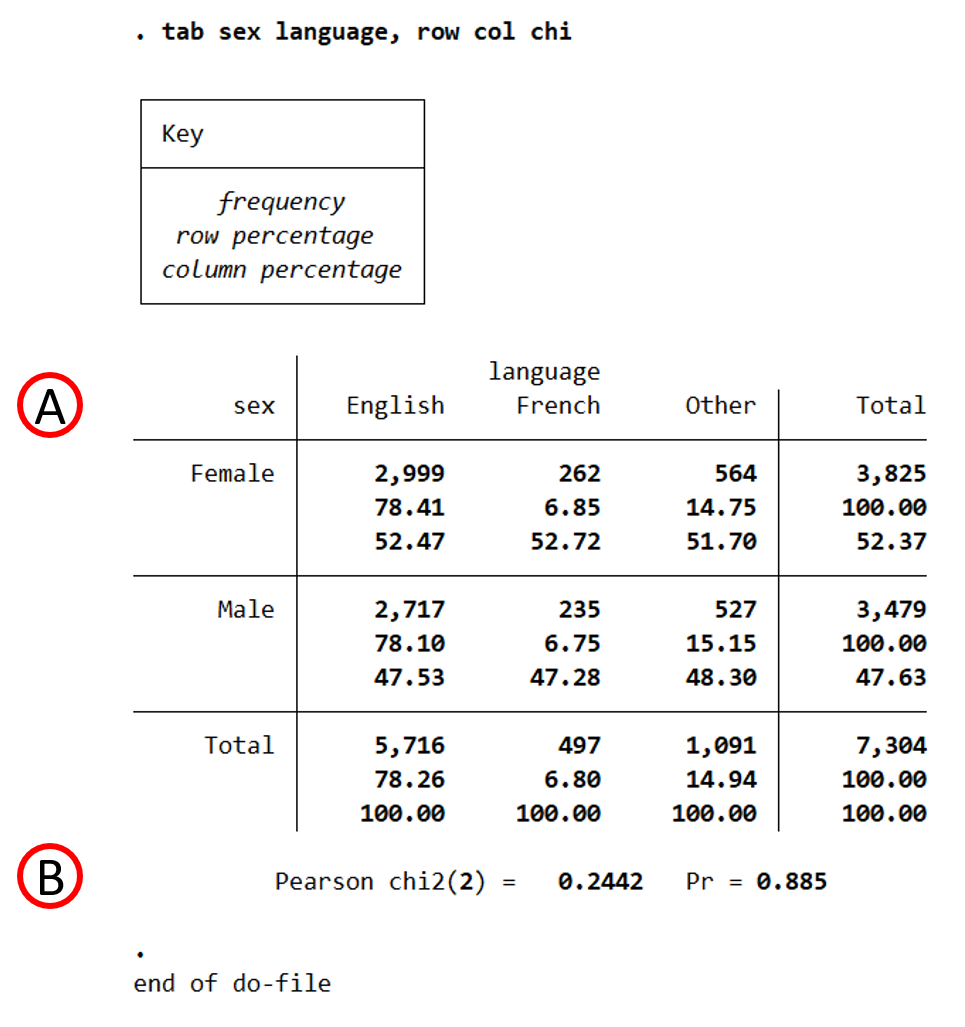 In the output chart Stata shows the crosstabulation of sex by language. We can see that sex is first in the code and appears in rows while language is written second and appears in the columns. In the code, we also specified the cells to include row and col which are the percentages of the observations of the total sample size for this analysis.

On the bottom of the crosstabulation chart Stata gives us the results from the Chi-squared test. We can see Stata uses the Pearson Chi-squared test (Pearson chi2) which includes the degrees of freedom in parentheses, the calculated Chi-squared value, and the Pearson r coefficient (Pr) which is the two tailed significance level.