About the Georgia Women's Movement Project

1982. Defeat of the ERA in Georgia. In 1982, the State of Georgia failed to ratify the Federal Equal Rights Amendment. This was a watershed event for four Georgia feminists, Margie Pitts Hames, Martha Wren Gaines, Lucy Hargrett Draper, and Margaret Miller Curtis. They, along with national women’s rights advocates and key members of ERA Georgia, had formed lifelong bonds and an unshakable commitment to passing state and federal legislation and to initiating litigation and organizational efforts to secure equal rights for women. Throughout decades of activism, they had amassed collections of materials and artifacts related to feminist and civil rights initiatives, parades, demonstrations, lobbying efforts, and organizational work. 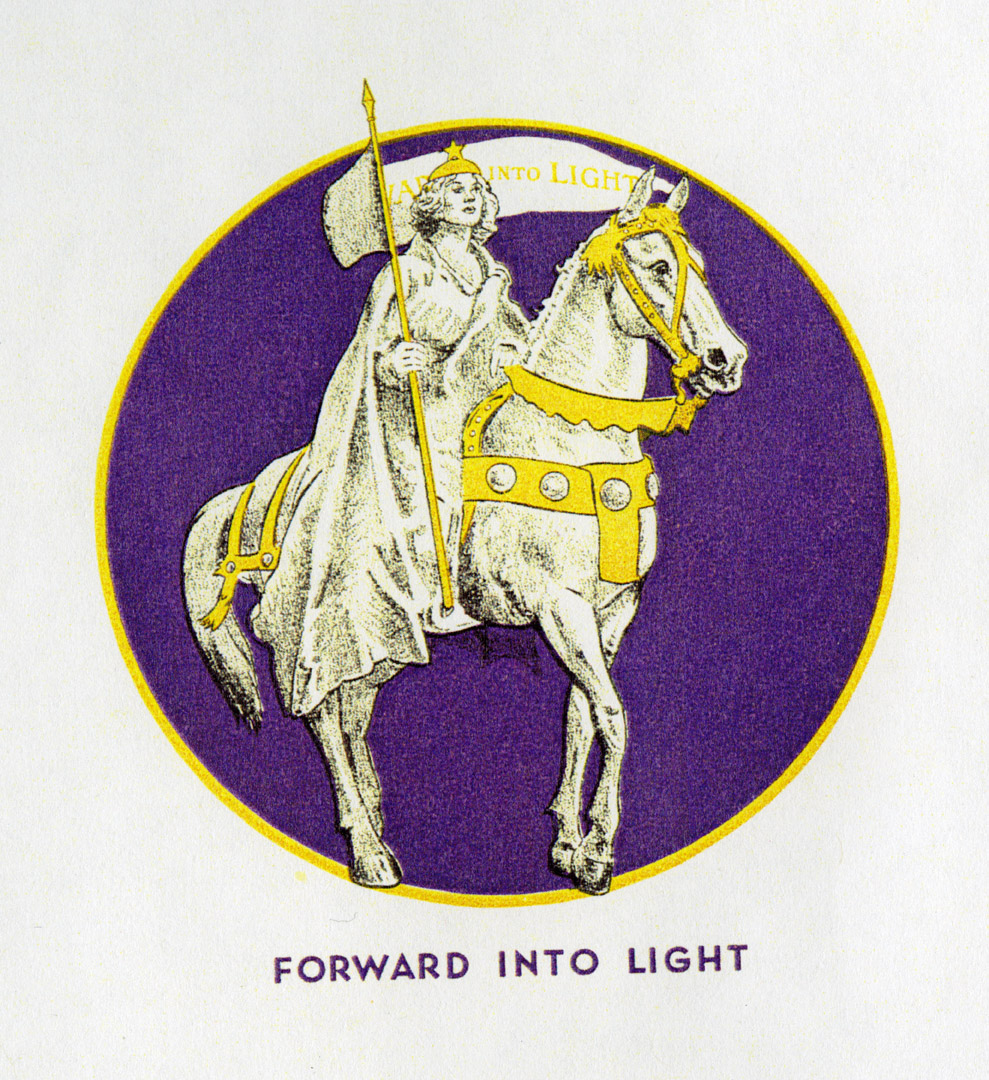 1984-1994. A Women’s Museum and Archives. Lucy H. Draper conceived the idea of establishing a Georgia Women’s Museum and Archives to house the written record and artifacts of Georgia’s “unsung heroines” who participated in the second U.S. women’s movement, 1964-1982, and the first U.S. women’s movement, 1840-1920. Soon realizing that financial and time constraints made a museum and coverage of two movements unfeasible, she developed a comprehensive plan. She drew up eight proposals to establish an academic-based second women’s movement archives, along with supporting endowments. The archives would cover the second women’s movement and would be sustained by a strong private-public partnership.

1987-1994. Irreplaceable Losses, “Passing the Torch.” Sadly, before a Georgia Women’s Movement Archives could be established, Martha Wren Gaines and Margie Pitts Hames died unexpectedly in 1987 and 1993 respectively. They had, however, willed their papers to Emory University Library’s Special Collections. Lucy Draper was diagnosed with advanced breast cancer in 1993, and developed medical complications. During a bedside visit to Lucy’s home, Margaret Curtis promised to carry on the project no matter the outcome of her friend’s illness. During the three years of Lucy’s recovery, the two friends identified and sought the participation and support of feminist organizations and their former ERA Georgia colleagues. In1995, Margaret offered to host dinner meetings to announce the Georgia Women’s Movement Project (GWMP).

1993-1994. Georgia State University Chosen to House the GWMP. While recovering from her illness, Lucy approached three universities and two schools of law in an effort to find a suitable home for the GWMP. Lucy was herself approached by five other universities that expressed interest in her project. After years of meetings, she settled on Georgia State University from which she had earned an advanced degree in 1968. The reason she gave for choosing GSU was its demonstrated commitment to diversity and its 1995-pledge to become a “partner” with Georgia’s “unsung heroines.” The partnership committed to identify, collect and preserve Georgia’s heroines’ written records and artifacts. In time, other activist women and organizations would agree to participate. Lucy’s vision of the project included establishment of collections, programs, and endowments in Special Collections and the Women’s Studies Institute. Her vision became a reality.

1995-1996. The GWMP “Water’s Edge Campaign.” At a dinner meeting hosted by Margaret Curtis, the Georgia Women’s Movement Project was 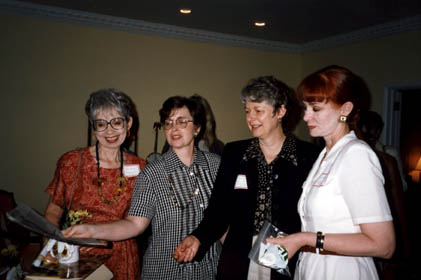 launched with the “Water’s Edge Campaign.” A group of ERA Georgia colleagues and three GSU partners were present. The ERA Georgia activists attending agreed to become involved by donating their papers and by participating in and making contributions to underwrite the project.

Ten “Founding Mothers” became the first formal GWMP Advisory Group following the meeting at Margaret Curtis’ Atlanta home. They were assisted by ten key GSU “partners.” The goal of their $1,000,000 campaign was to implement and support the Georgia Women’s Movement Project in GSU’s Special Collections and Women’s Studies Institute.

Dr. Patton met with the Founding Mothers and gave his valuable guidance and support. Dean Abdulal and Page Gleason served as the “gondoliers,” piloting the project through interdepartmental waterways. Dr. McGinnis patiently persevered through both figurative and actual storms. Dr. Fowlkes and Dr. Bell made the Women’s Study Institute a full partner, and Julia Marks Young made the Archives a reality. Library Director Dr. Russell gave the Women’s Collection his stamp of approval and was kind enough to play the grand piano at the first Annual Women’s Event, November 2, 1996. The 1996 program was titled “The Georgia Women’s Movement Project: From Grassroots to Global,” and at this event, Dr. Venet gave a moving address, “Using Archives in Research and Teaching,” outlining the historical value of the Women’s Collection.

1995-2001. The Founding Mothers. The GWMP advisory group was expanded and formalized as the Georgia Women’s Movement Project Advisory Board that included two task forces and the GWM Oral History Project. Over a period of seven years, these four groups of unsung heroines worked tirelessly with their GSU partners to implement all eight of the GWMP proposals. From 1995 to 2001, various members of the Founding Mothers group met with one another more than 300 times, and also with a variety of GSU Partners more than 400 times. In subsequent years, “the torch has been passed at the Water’s Edge” to succeeding advocates who have worked on behalf of the Women’s Collection. 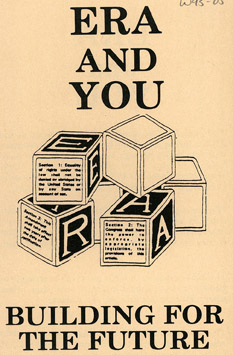 First GWMP Event and Exhibition, November 20, 1996. Georgia State University Hosts, Dr. Ralph Russell and Dean Ahmed Abdulal At a November 20, 1996 event, “From Grassroots to Global: An Academic and Archival Program,” held in Special Collections, the Georgia Women’s Movement Project was formally announced. Shortly thereafter, Special Collections began to hold an annual women’s event. At Lucy H. Draper’s request the Georgia Women’s Movement Project Annual Event was named in honor of Diane Fowlkes, the founding director of the Georgia State University Women’s Studies Institute. Dr. Fowlkes retired from her position in 1998, but continues her support of the Women’s Collection. Her successor, Dr. Linda Bell admirably represented the Women’s Studies Institute until her retirement in 2004, and also continues to support the Women’s Collection. The 1996 event and exhibition included members of the GWMP Advisory Board and task forces, donors, and GSU partners, each of whom was acknowledged at the celebration.

1995-2001. Dean Abdulal Appoints Page K. Gleason as the GWMP Coordinator. In that role, she tirelessly served as coordinator of documents and meetings between and among GSU departments and the Founding Mothers and GSU partners. This effort alone involved over 300 meetings during her tenure.

GSU Publications Tout Progress in Developing the GWMP by the Women’s Studies Institute and Special Collections. GSU publicly announced that the initial goal of the project was to preserve the history of the second U.S. women’s movement in Georgia (1964 – 1982) “…through the development of the Donna Novak Coles Women’s Movement Archives and the Lucy Hargrett Draper U.S. Equal Rights Amendment Collection (1923-1982), while continuing to study and pursue equality and progress through the Women’s Movement Program in the Women’s Study Institute at GSU.”1

1995-2012. Over the Last 17 Years, the GWMP has continued to grow. Since its inception, there have been several personnel changes in key positions at GSU. Each “changing of the guard” “passed the torch,” not only supporting but adding to the GSU commitment to the Women’s Collection and endowments. There are now over 40 collections in the ever-expanding Donna Novak Coles Georgia Women’s Movement Archives and more than 50 oral histories have been conducted for the Georgia Women’s Movement Oral History Project.