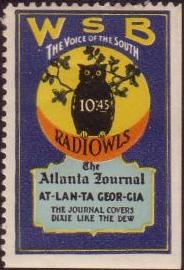 When WSB signed on the air in 1922, it enlisted listeners to join a listeners' club where members were known as WSB Radio Owls. Most listened at night when the station could be picked up throughout the United States.

WSB received many letters and post cards from listeners all over the country and by sending a postcard with the picture of General Manager Lambdin Kay on the front and the schedule of WSB shows on the back. 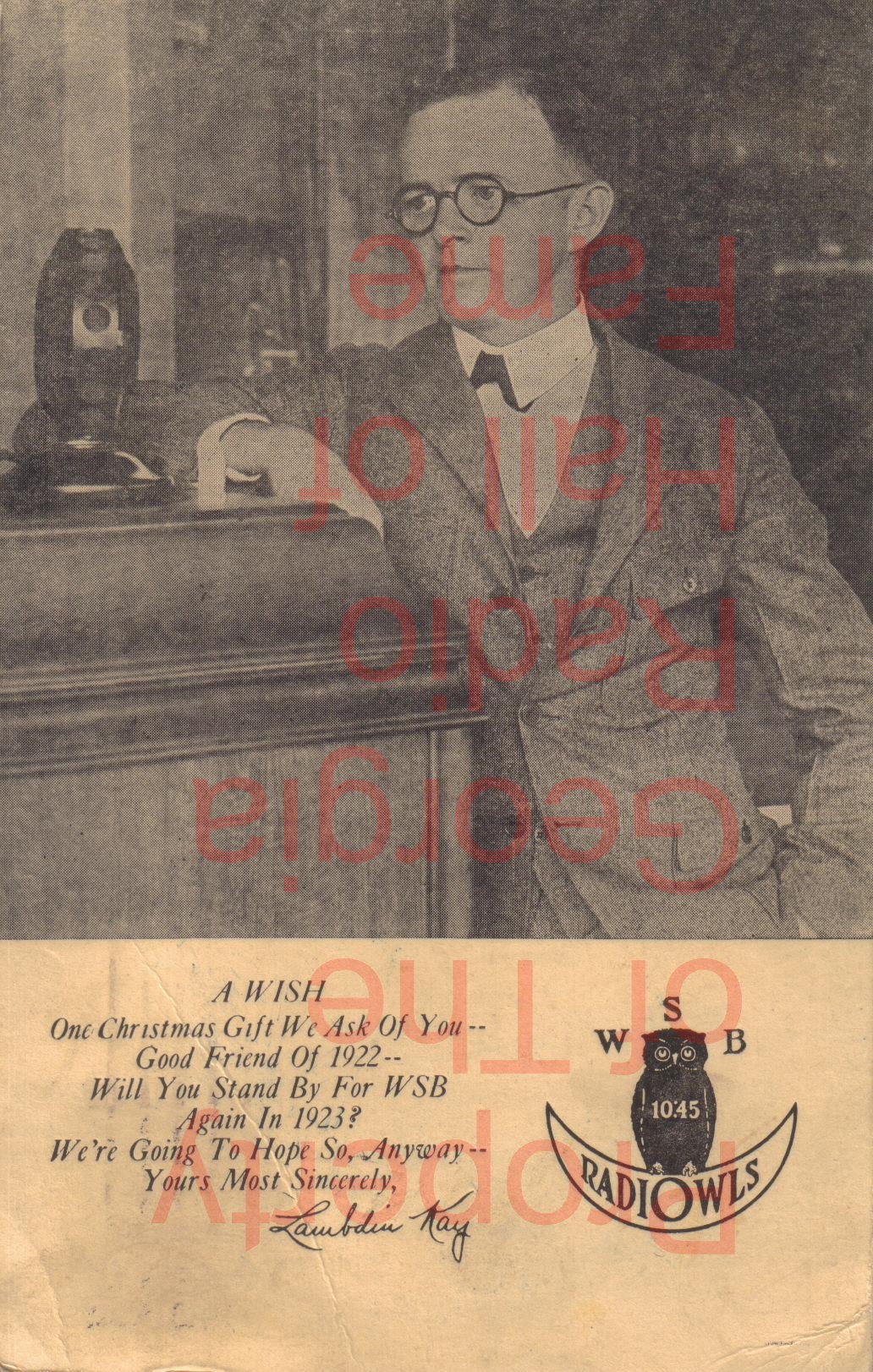 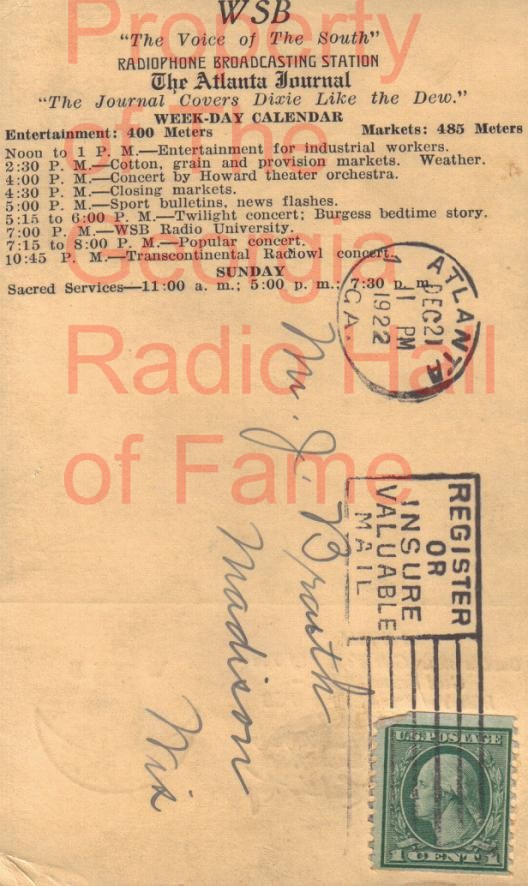 "A Wish One Christmas Gift We Ask Of You --

Yours Most Sincerely, Lambdin Kay"

Later on the station would send membership cards and letters to listeners. A stamp was also issued in 1927; radio listeners would often put radio station stamps into "DX" books, popular in the early days of radio. 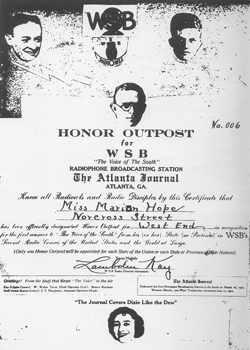 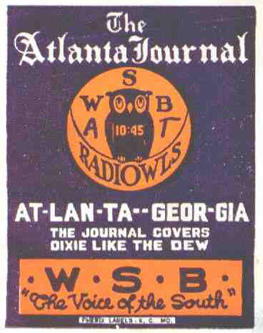