About the Atlanta March for Social Justice and Women 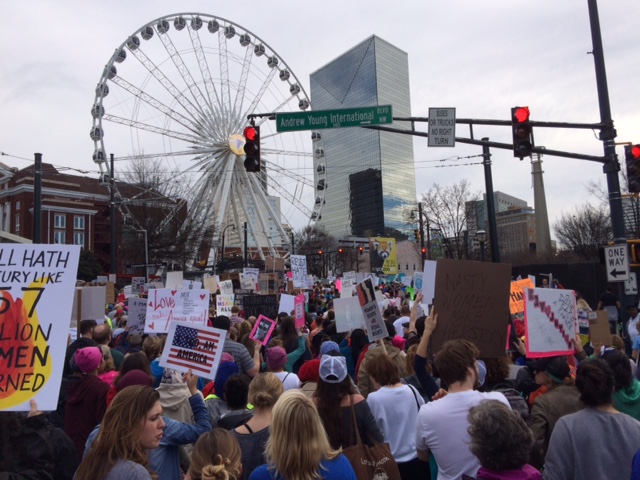 The Atlanta March for Social Justice and Women took place on Saturday, January 21, 2017, one day after the inauguration of the 45th President of the United States, Donald Trump.

Marchers congregated at the Center for Civil and Human Rights, and marched to Liberty Plaza, adjacent to the State Capitol Building. Ten thousand protesters were expected to take part, however, it is estimated that over 60,000 people attended.