"The census gives us an opportunity to be part of the democratic process. Census numbers ensure that our representative districts—for the U.S. Congress and for state legislatures, and in our city and town governments — reflect our numbers..." 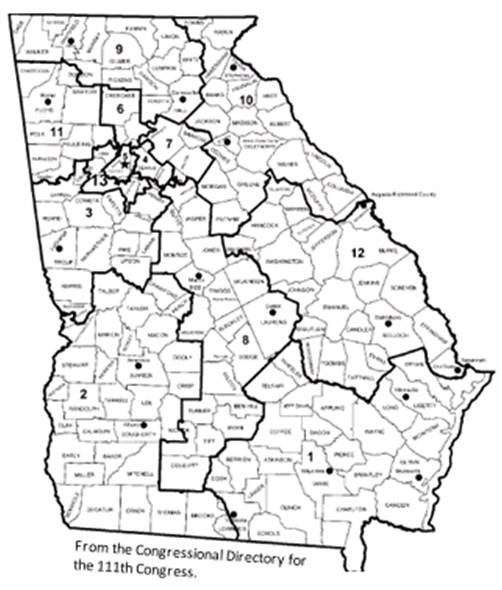 Congressional districts represent the geographic bounderies used to elect the Congress and are established by the states based on the result of the Census. (For example to the left is a map illustrating Georgia's 13 districts.)

Over the years the formats of the resouces used to research U.S. Congressional Districts has changed - from books, to CDs, to web based.

Books available in the GSU library: