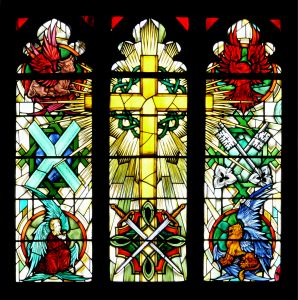 Christianity originated in the Mediterranean in the first century CE by followers of Jesus of Nazareth, called the Christ. The dominant religion in Europe and western culture, Christianity is now a global religion  which has many divisions, denominations, and sects. Three major divisions are Orthodox, Roman Catholic, and Protestant churches. Sacred text is The Holy Bible. both Old Testament (Hebrew Bible) and The New Testament, with some churches recognizing an inter-testamental Apocrypha.

Reference books are an excellent source to begin learning about a topic.  Be sure to look at the end of an entry to see the books and articles the expert recommends for a topic.

The Association of Religion Data Archives

Surveys of all major Chirstian denominations, plus some studies and information about Jewish, Muslim, and Bahai congreations.

Of Interest on the Web

These might be of interest to those researching Christianity.