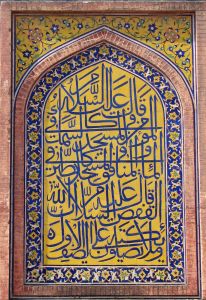 Islam is a monotheistic religion originating from the visions of Prophet Muhammed, peace be upon him, in the seventh century C.E.   The major branches of Islam are Suni and Shia. Five Pillars of Islamic practice are witness, prayer, fasting, almsgiving, and pilgrimage. The sacred text is the Koran.

Reference books are an excellent source to begin learning about a topic.  Be sure to look at the end of an entry to see the books and articles the expert recommends for a topic.