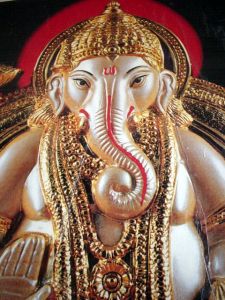 Hinduism, a word derived by the Persians and British from "Valley of the Indus," describes the religious practices of a majority of people in the Indian sub-continent. There is no known founder of this faith which dates to well before 1500 BCE. Major beliefs include worship of a variety of dieties and reincarnation. Sacred texts are the Vedas, Brahmanas, and Upanishads.