Born November 18, 1909 in Savannah, Georgia into a respected family of comfortable means, songwriter Johnny Mercer forever remained a Savannahian at heart. In later years, he remembered his childhood as idyllic, especially the summers, which were spent at the family’s home outside Savannah at Vernon View.

In 1922, Mercer entered Woodberry Forest School, a boys’ preparatory school in Orange, Virginia; he completed his formal education there in 1927. The school and its traditions helped to broaden and confirm his Southern heritage, and remained close to his heart throughout his life.

Mercer returned frequently to Savannah after moving away to pursue his career. He eventually purchased property along the Back River, which was renamed Moon River in 1962 in honor of the Johnny Mercer/Henry Mancini song of the same title. The house at this location is still called the Moon River house. 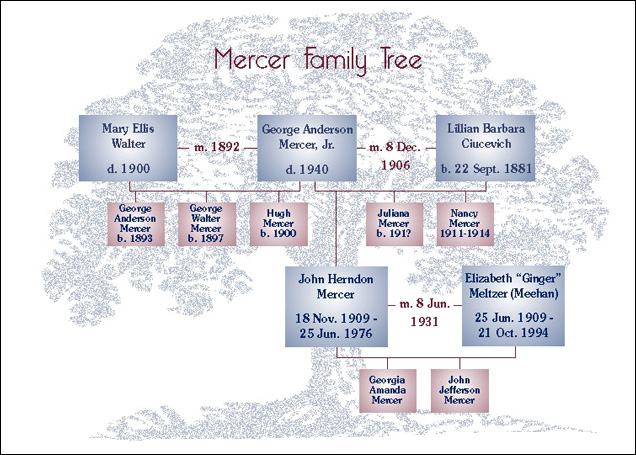