On Display at Clarkston: Display -- October 2010

Common Sense Media.
Common Sense Media
http://www.commonsensemedia.org/
This site is an alternative for parents' concerned about the suitability of books, web sites, and electronic games for their children. This site emphasizes parental choice rather than censorship.
Eileen H. Kramer 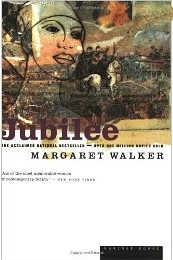 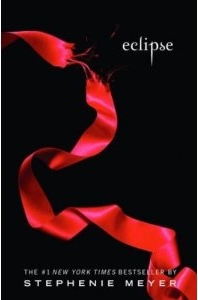 Describes the who, what, why, and where of "challenges" to books in schools and public libraries.
Eileen H. Kramer 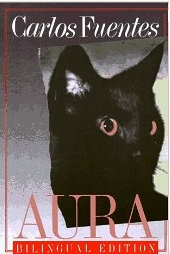 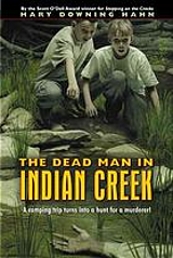 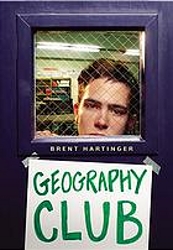 Protecting Your Family.
Focus on the Family.
https://www.focusonthefamily.com/
This section of the Evangelical Christian group's site offers suggestions for family reading and other media in line with the group's religious and moral ideas. It also details books and media that parents should have their children avoid. The site makes little if any mention of censoring books or challenging libary holdings.
Eileen H. Kramer 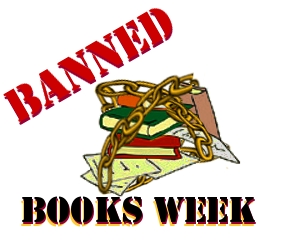 Each year well-meaning citizens challenge the material in libraries, worry over what might be published in student media, and sometimes want to restrict the content of music or video games. This display features banned books, books and web pages that discuss banned books, web sites that advocate against restrictions on free speech, and also sites that offer options for parents and individuals to make their own choices about what books they and their families read and what media they consume.

Alexie, Sherman and Ellen Forney. Absolutely True Diary of a Part-Time Indian. New York: Little, Brown, 2007.
Call Number: PS3551.L35774 A27 2007
Budding cartoonist Junior leaves his troubled school on the Spokane Indian Reservation to attend an all-white farm town school where the only other Indian is the school mascot.
Source: http://gilfind.gsu.edu

Angelou, Maya. I Kno Why the Caged Bird Sings. New York: Random House, 2002.
Call Number: PS3551.N464 Z466 2002
In the first volume of an extraordinary autobiographical series, one of the most inspiring authors of our time recalls--with candor, humor, poignancy and grace--how her journey began....
Source: http://www.loc.gov

Burroughs, Augusten. Running with Scissors. New York: St. Martin's, 2002.
Call Number: PS3552.U745 Z477 2006
Running with Scissors is the true story of a boy whose mother (a poet with delusions of Anne Sexton) gave him away to be raised by her psychiatrist, a dead-ringer for Santa and a lunatic in the bargain.
Source: http://www.loc.gov

Cast, P. C. and Kristin Cast Marked. New York: St. Martin's, 2007.
Call Number: PS3603 .A869 M37 2007
The House of Night series is set in a world very much like our own, except in 16-year-old Zoey Redbird's world, vampires have always existed. In this first book in the series, Zoey enters the House of Night, a school where, after having undergone the Change, she will train to become an adult vampire--that is, if she makes it through the Change.
Source: http://www.worldcat.org

Chobsky, Stephen. Perks of Being a Wallflower. New York: MTV Books, 1999.
Call Number: PS3553.H3469 P47 1999
This is the story of what it's like to grow up in high school. More intimate than a diary, Charlie's letters are singular and unique, hilarious and devastating. We may not know where he lives. We may not know to whom he is writing. All we know is the world he shares.
Source: http://www.loc.gov

Foerstel, Herbert N. Banned in the U.S.A.: A Reference Guide to Book Cenorship in Schools and Public Libraries. Westport, CT: Greenwood Press, 1994.
Call Number: Z658.U5 F64 1994
Virtually every aspect of book censorship, from its historical inception, to current trends and cases is examined in this up-to-date, comprehensive, \ and readable survey and reference source.
Source: http://www.amazon.com

Fuentes, Carlos. Aura. Mexico: Edicaiones Era, 1971.
Call Number: PQ7297.F793 A85 1971
Felipe Montero is employed in the house of an aged widow to edit her deceased husband's memoirs. There Felipe meets her beautiful green-eyed niece, Aura. His passion for Aura and his gradual discovery of the true relationship between the young woman and her aunt propel the story to its extraordinary conclusion.
Source: http://www.amazon.com

Hemingway, Ernest. Complete Short Stories of Ernest Hemingway. New York: Scribner, 2003.
Call Number: PS3515.E37 A15 1998
The subtitle of this monumental collection refers to the home (Lookout Farm) that Hemingway owned in Cuba from 1939 to 1959. That time frame accounts for most of the short fiction, published and unpublished, that followed the major collection issued in 1938, The First Forty-Nine. There are 60 stories in all.
Source: http://www.amazon.com

Irving, John. Prayer for Owen Meany. New York: Morrow, 1989.
Call Number: PS3559.R8 P7 1989
Owen Meany is a dwarfish boy with a strange voice who accidentally kills his best friend's mom with a baseball and believes--accurately--that he is an instrument of God, to be redeemed by martyrdom.
Source: http://www.amazon.com

Johnson, Maureen. Bermudez Triangle. New York: Razorbill, 2004.
Call Number: PZ7.J634145 Be 2004
The friendship of three high school girls and their relationships with their friends and families are tested when two of them fall in love with each other.
Source: http://www.worldcat.org

Lee, Harper. To Kill a Mockingbird. New York: Harper, 1995.
Call Number: PS3562.E353 T6 1995
Set in the small Southern town of Maycomb, Alabama, during the Depression, To Kill a Mockingbird follows three years in the life of 8-year-old Scout Finch, her brother, Jem, and their father, Atticus--three years punctuated by the arrest and eventual trial of a young black man accused of raping a white woman.
Source: http://www.amazon.com

Mead, Richelle. Vampire Academy. New York: Razorbill, 2007.
Call Number: PS3613.E1275 V36 2007
Two years after a horrible incident made them run away, vampire princess Lissa and her guardian-in-training Rose are found and returned to St. Vladimir's Academy, where one focuses on mastering magic, the other on physical training, while both try to avoid the perils of gossip, cliques, gruesome pranks, and sinister plots.
Source: http://gilfind.gsu.edu

Meyer, Stephenie. Eclipse. New York: Little Brown, 2007.
Call Number: PZ7.M5717515 Ec 2007
Bella must choose between her friendship with Jacob, a werewolf, and her relationship with Edward, a vampire, but when Seattle is ravaged by a mysterious string of killings, the three of them need to decide whether their personal lives are more important than the well-being of an entire city.
Source: http://www.worldcat.org

Meyer, Stephenie. New Moon. New York: Little Brown, 2008.
Call Number: PS3613.E979 N49 2008
When her beloved Edward and his family leave Forks rather than risk revealing that they are vampires, it is almost too much for Bella to bear, but she finds solace in her friend Jacob, until he starts changing in terrible ways.
Source: http://gilfind.gsu.edu

Meyer, Stephenie. Twilight. New York: Little Brown, 2008.
Call Number: PS3613.E979 T95 2008
When seventeen-year-old Bella leaves Phoenix to live with her father in Forks, Washington, she meets an exquisitely handsome boy at school for whom she feels an overwhelming attraction and who she comes to realize is not wholly human.
Source: http://gilfind.gsu.edu

Noble, William. Bookbanning in America: Who Bans Books? and Why? Middlebury, VT: P.S. Eriksson, 1990.
Call Number: Z658.U5 N6 1990
Timed to coincide with the 200th anniversary of the Bill of Rights, the publication of this title strikes a warning note to book lovers across the nation: censorship flourished in 1990 as it has since the 1650 Boston book burnings. Noble writes that nearly 1000 book bannings arise each year, with recent school library cases increasing nearly 200% in the 1980s.
Source: http://wwww.amazon.com 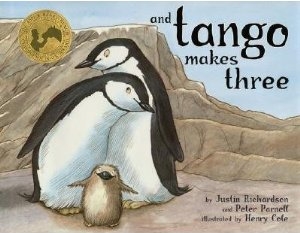 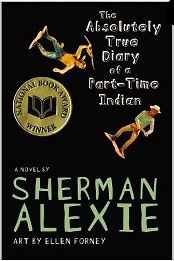 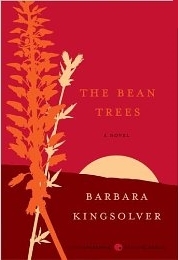 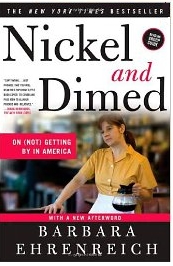 Wachsberger, Ken. Banned Books. New York: Facts on File, 2006.
Call Number: Z658.U5 B35 2006
The entries, which include a summary, censorship history, and brief bibliography, range widely from Aristotle through Galileo and on up to Adolf Hitler and Judy Blume. Such well-known prohibited works as de Sade's 120 Days of Sodom, the Communist Manifesto, and Huckleberry Finn are included here, but so are many other works that are now less controversial.
Source: http://www.amazon.com

Walker, Margaret. Jubilee. New York: Bantam Books, 1967.
Call Number: PS3545.A517 J8 1967
Here is the classic--and true--story of Vyry, the child of a white plantation owner and his black mistress, a Southern Civil War heroine to rival Scarlett O'Hara. Vyry bears witness to the South's prewar opulence and its brutality, to its wartime ruin and the subsequent promise of Reconstruction.
Source: http://www.amazon.com

Walls, Jeanette. Glass Castle. New York: Scribner, 2005.
Call Number: HV5132 .W35 2005
The child of an alcoholic father and an eccentric artist mother discusses her family's nomadic upbringing, during which she and her siblings fended for themselves while their parents outmaneuvered bill collectors and the authorities.
Source: http://gilfind.gsu.edu